A family Passover seder in Lodz. 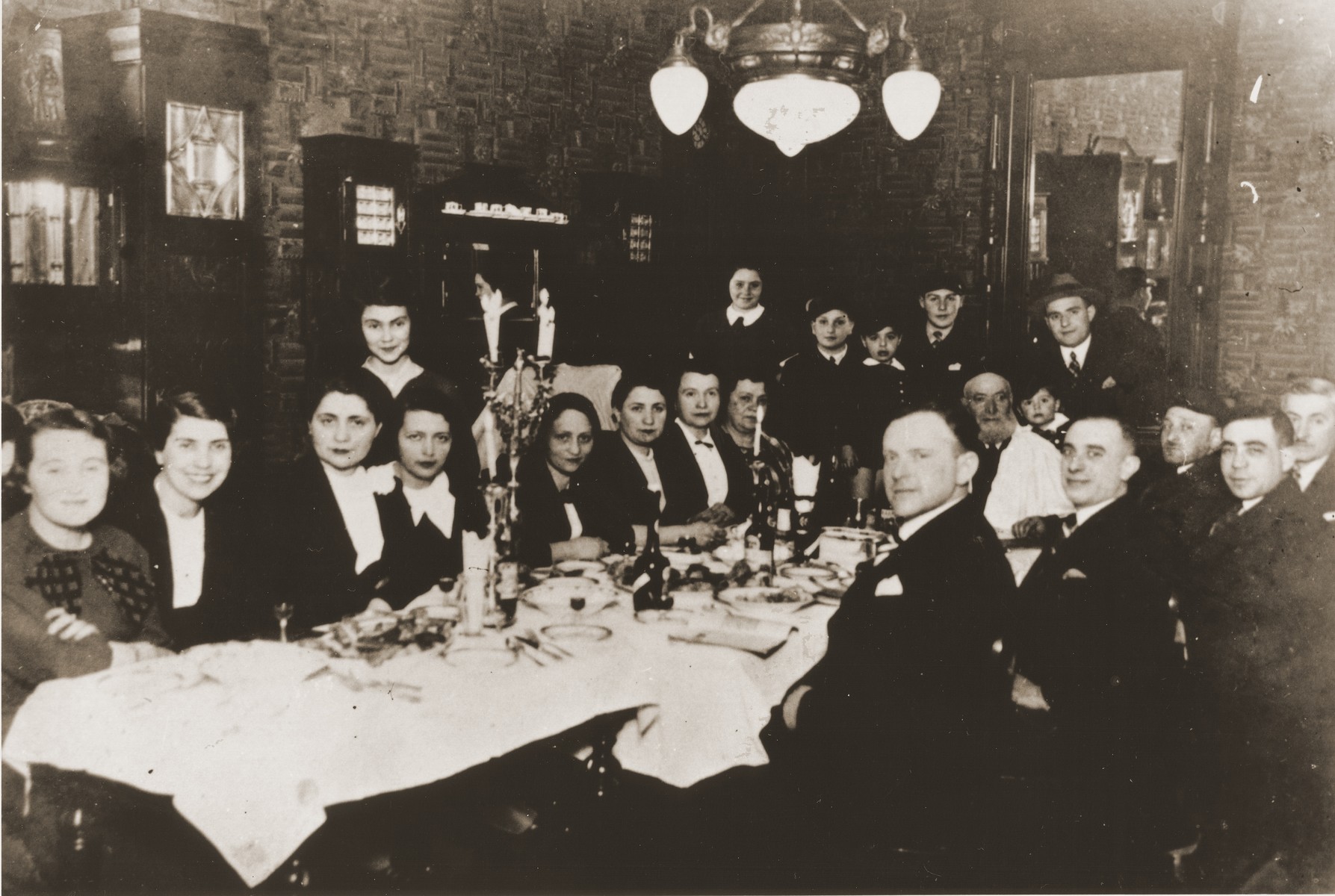 A family Passover seder in Lodz.

Biography
Pauline Kra (born Paulina Skornicka) is the daughter of Eljasz (Edward) and Natka Skornicki. She was born July 30, 1934 in Lodz, Poland. The family moved to Tomaszow Mazowiecki in 1941 to join Natka’s sister Marysia Millstein who lived there. The family moved in to the ghetto when it was formed in 1941. Pauline's father was working outside the ghetto and befriended a Polish man named Wojdan who was the head of a socialist cell in Tomaszow Mazowiecki. Mr. Wojdan arranged for a Mrs. Zajdel to take Paulina out of the ghetto. Mrs. Zajdel met Paulina and Eljasz at the border of the ghetto. Mr. Wojdan's wife came as well and the two women took Paulina without the German boarder guards seeing them. Mrs. Zajdel took Paulina to her room which she was renting with her daughter and Paulina was introduced to the landlord as her niece "Lusia" visiting from Warsaw. Days later, the liquidation of the ghetto took place. Since people were still leaving the ghetto at night to go to work, Eljasz and Natka joined them and ran from there. Eljasz and Natka were able to get a Polish non-Jewish wedding certificate that enabled them to get false papers under the name Stefan and Janina Ziemnicki. The couple got jobs and rented a room, and Mrs. Zajdel took Paulina to join her parents in Warsaw. In 1943, Edward placed Paulina at the Zaklad Matki Boskiej Loretanskiej, a convent orphanage on Ulica Krakowska in Warsaw, telling the nuns that her mother worked nights and could not care for her. The nuns did not know that she was Jewish. While at the orphanage, Paulina received her First Communion. Of the seven children receiving the first communion, Paulina was selected to make the solemn declaration that they had all been duly baptized. Every weekend Eljasz took Paulina home to visit her parents. She remained at the orphanage until August 1944, when the uprising occurred and on August 13, 1944 Paulina and her parents were evacuated along with the Polish population to the concentration camp at Pruszkow. A Polish train conductor hid them in the engine room of the train and released them into the town of Ursus when the train was on the way back from Pruszkow to Warsaw. The family remained in the countryside, in the village of Chudolipie, at the farm of Mrs. Rojkówna, until the Russians liberated them in January 1945.