Portrait of an unidentified child messenger for the Kovno ghetto Jewish Council, pen and ink drawing by Josef Schlesinger. 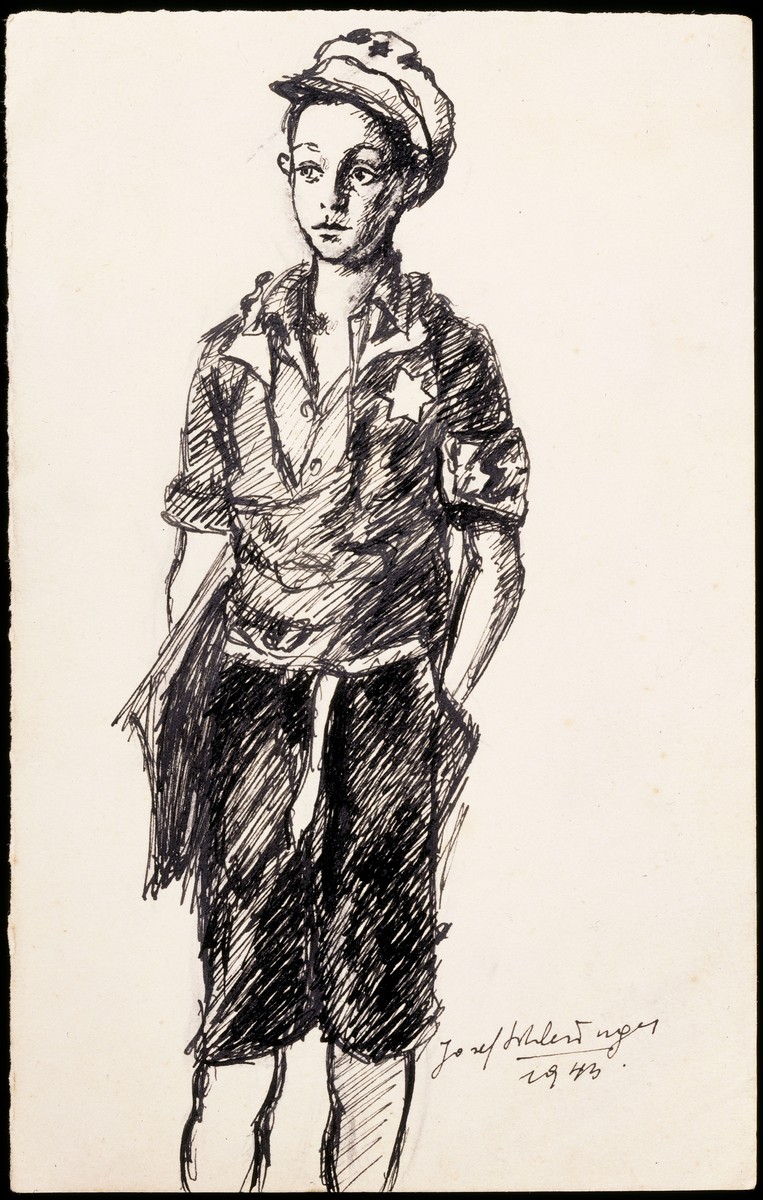 Portrait of an unidentified child messenger for the Kovno ghetto Jewish Council, pen and ink drawing by Josef Schlesinger.

Biography
Josef Schlesinger fled in 1938 from Czechoslovakia to Kovno, where he continued his art studies. In the Kovno ghetto he worked in the graphics and toy workshops where--at the request of the Jewish Council--he drew many portraits of ghetto officials and of major events, including the hanging of Nahum Meck. Only a few of his sketches survived in the ghetto's secret archives. After the war, Schlesinger return to Czechoslovakia.