Romanian Jews celebrate the return of the surviving orphans of the camps and ghettos in Transnistria at an orphanage in Bucharest, where some of the children are being housed. 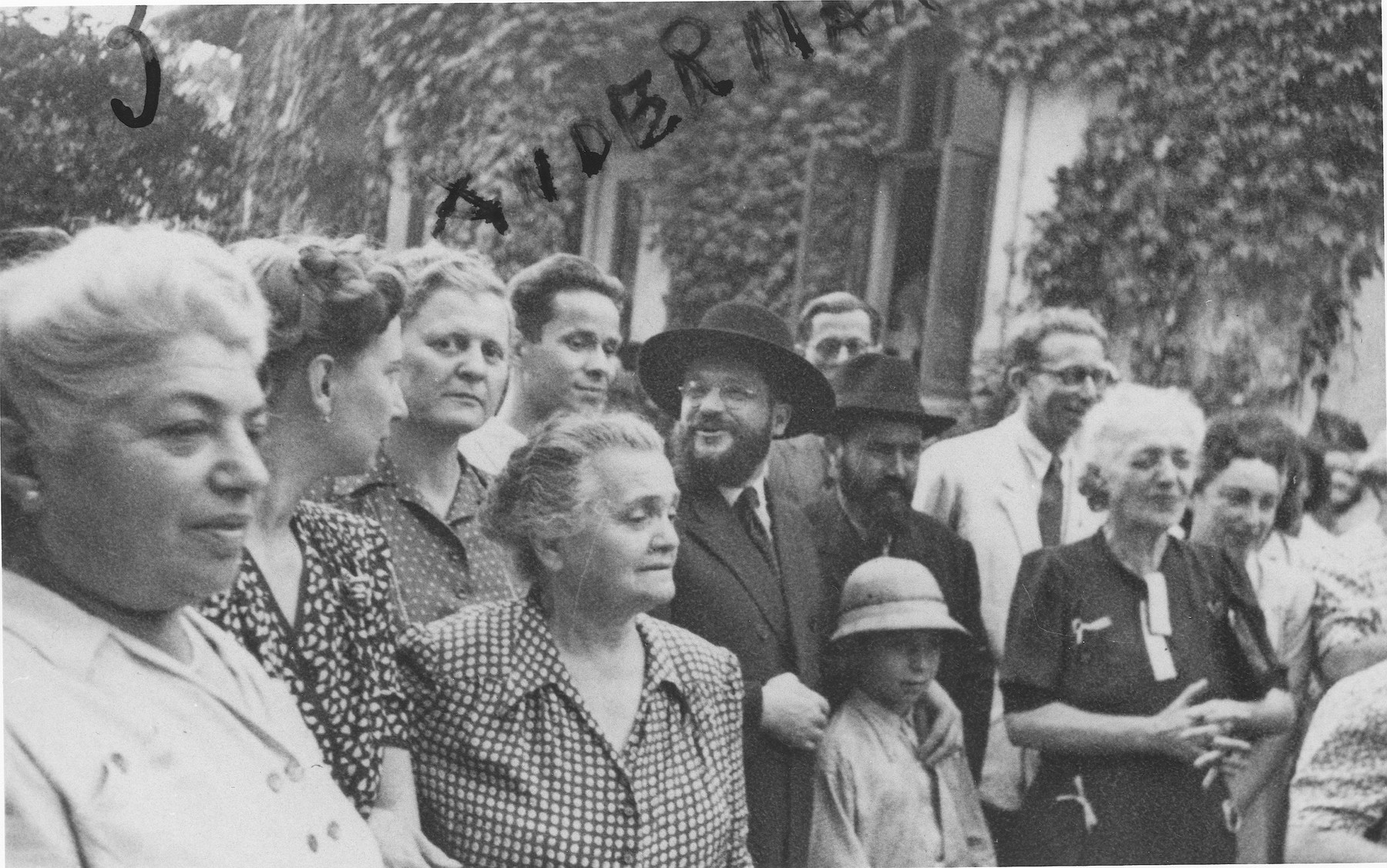 Romanian Jews celebrate the return of the surviving orphans of the camps and ghettos in Transnistria at an orphanage in Bucharest, where some of the children are being housed.

Among those pictured are Amy (Hubner) Andermann (third from the left in the second row) and Romanian chief rabbi Alexander Safran (center).