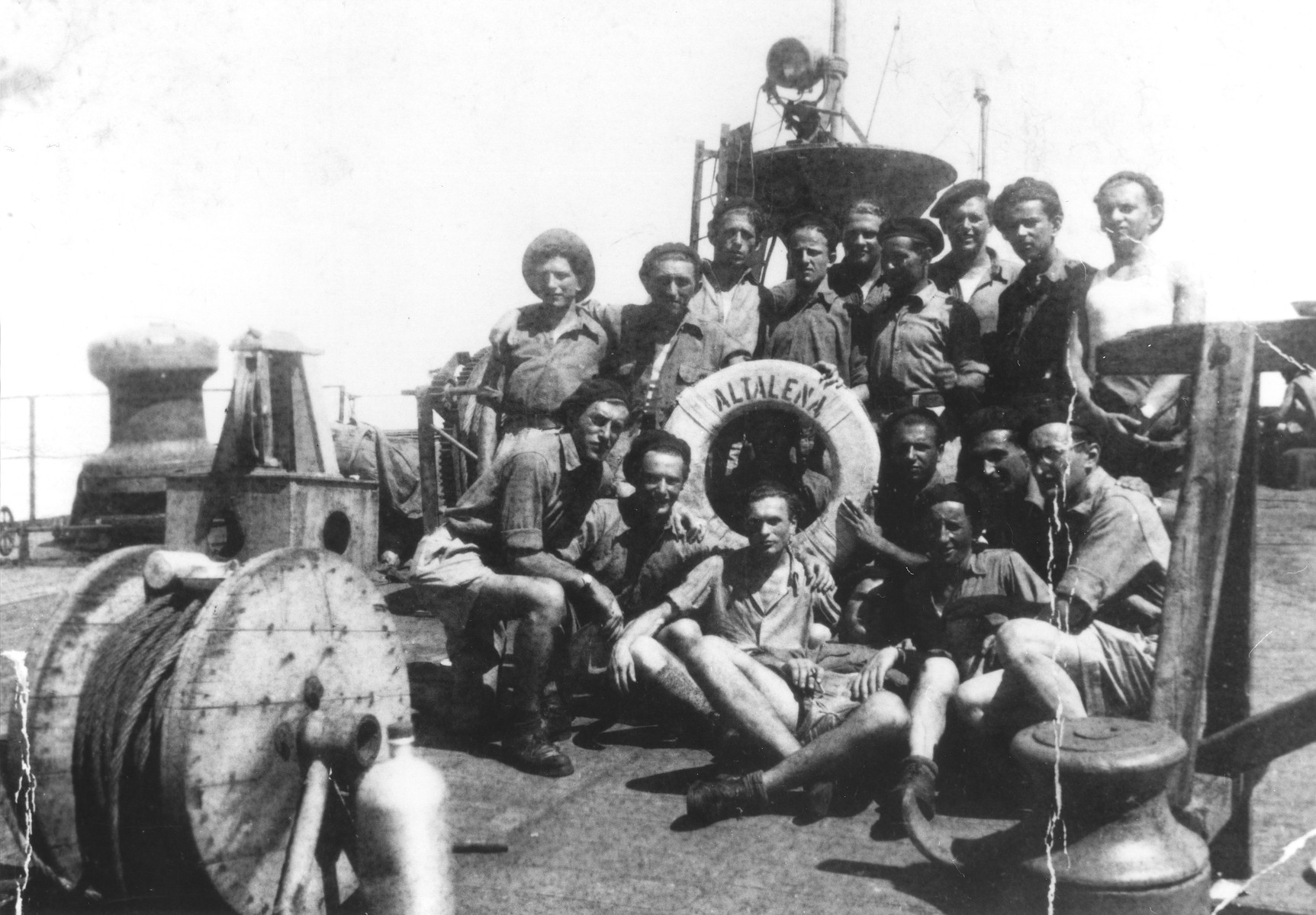 Event History
In May 1948 the Altalena, a ship purchased by the Irgun Zionist underground, set sail from Marseilles with a cargo of guns, ammunition and heavy arms bound for the fledgling State of Israel. The ship also carried 800 men and 130 women and children, Jewish displaced persons intending to immigrate to the new Jewish state. Most of the immigrants planned to join Irgun units upon their arrival and underwent military training both before and during the voyage. The sailing of the Altalena was in violation not only of a UN brokered cease-fire, but of an agreement made by Irgun leader, Menachem Begin, to incorporate his underground militia into the new IDF (Israeli Defence Forces). When the ship arrived in Israeli coastal waters, Begin notified the Ben-Gurion government and tried to negotiate for the retention of a certain percentage of the arms shipment for the Irgun. Ben-Gurion, however, refused to abandon his principle of a single national military and fighting broke out on the Tel Aviv beach between Irgun and IDF units. When Begin failed to heed the government's ultimatum that he surrender the ship, IDF units shelled the Altalena causing an explosion which left over a dozen people dead and resulted in the destruction of the ship and its precious cargo.

https://www.ushmm.org/wlc/en/article.php?Moduleld=10007040
Biography
Szmuel Aron Silberger is the son of Natan Akiwa and Ewa (Holzer) Silberger. He was born October 27, 1923 in Oswiecim, Poland, where his family had lived for 400 years, in a house situated near what later became Auschwitz II. Szmuel's father owned a brick factory, farm and inn. Szmuel had three siblings: Mirka, Lilka and Szymek. During World War II his mother and brother perished. When the war was over Szmuel settled in the Landsberg displaced persons camp, where he worked as a policeman. While living in Landsberg he joined the Irgun revisionist Zionist underground. He left for Palestine in June 1948 traveling aboard the Altelena, which set sail from France with a large cache of arms for the Irgun milita in Israel. The government of the new Jewish State ordered that the ship be blown up upon its arrival to prevent the supply of a competing Israeli fighting force.