Two Jewish DPs from Oswiecim, Poland pose on a street in Celle, Germany. 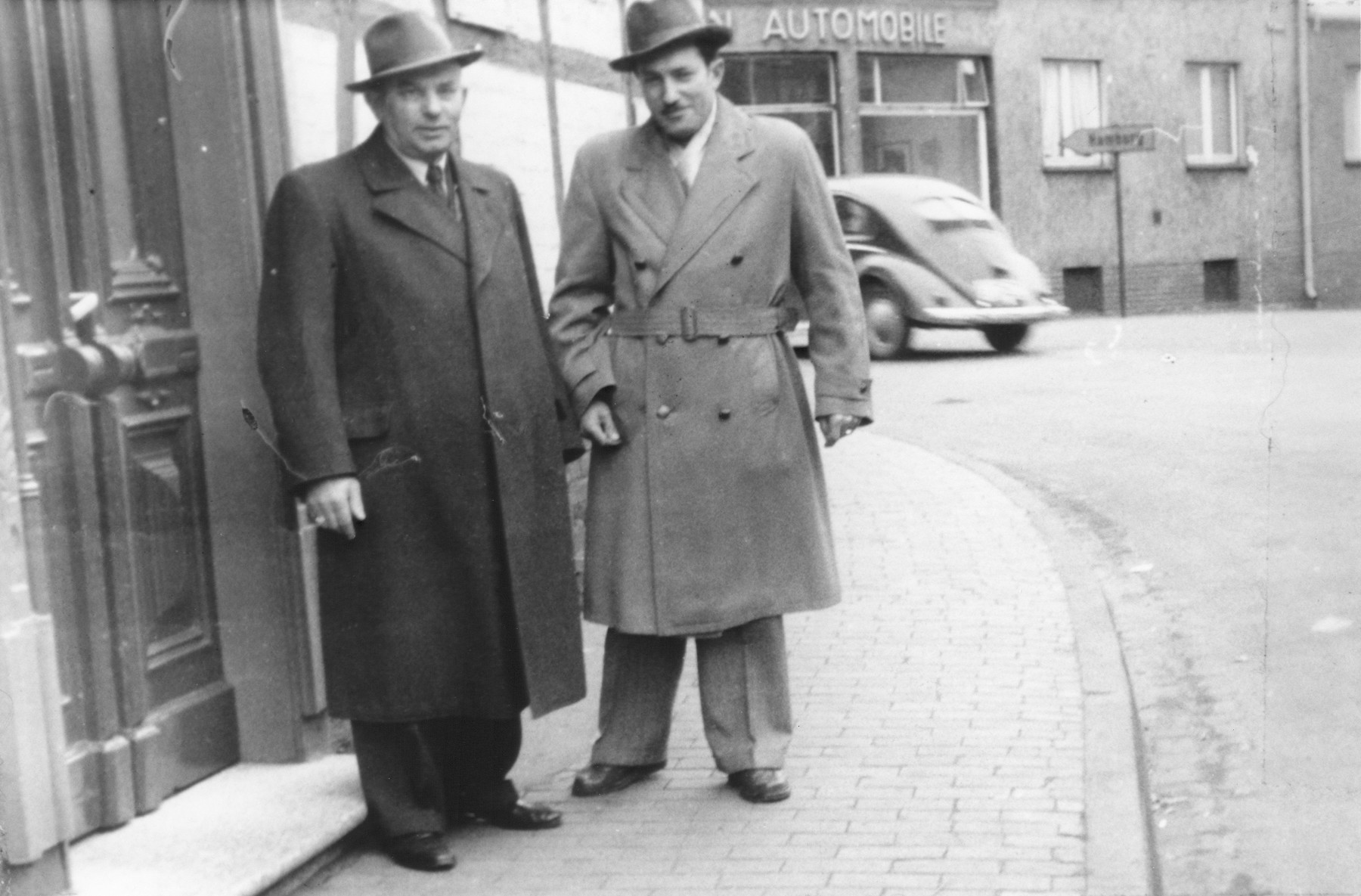 Two Jewish DPs from Oswiecim, Poland pose on a street in Celle, Germany.

Biography
Szmuel Aron Silberger is the son of Natan Akiwa and Ewa (Holzer) Silberger. He was born October 27, 1923 in Oswiecim, Poland, where his family had lived for 400 years, in a house situated near what later became Auschwitz II. Szmuel's father owned a brick factory, farm and inn. Szmuel had three siblings: Mirka, Lilka and Szymek. During World War II his mother and brother perished. When the war was over Szmuel settled in the Landsberg displaced persons camp, where he worked as a policeman. While living in Landsberg he joined the Irgun revisionist Zionist underground. He left for Palestine in June 1948 traveling aboard the Altelena, which set sail from France with a large cache of arms for the Irgun milita in Israel. The government of the new Jewish State ordered that the ship be blown up upon its arrival to prevent the supply of a competing Israeli fighting force.