Arnim Heimann, a German Jewish man, looks out the window of a train as he leaves Berlin for South Africa. 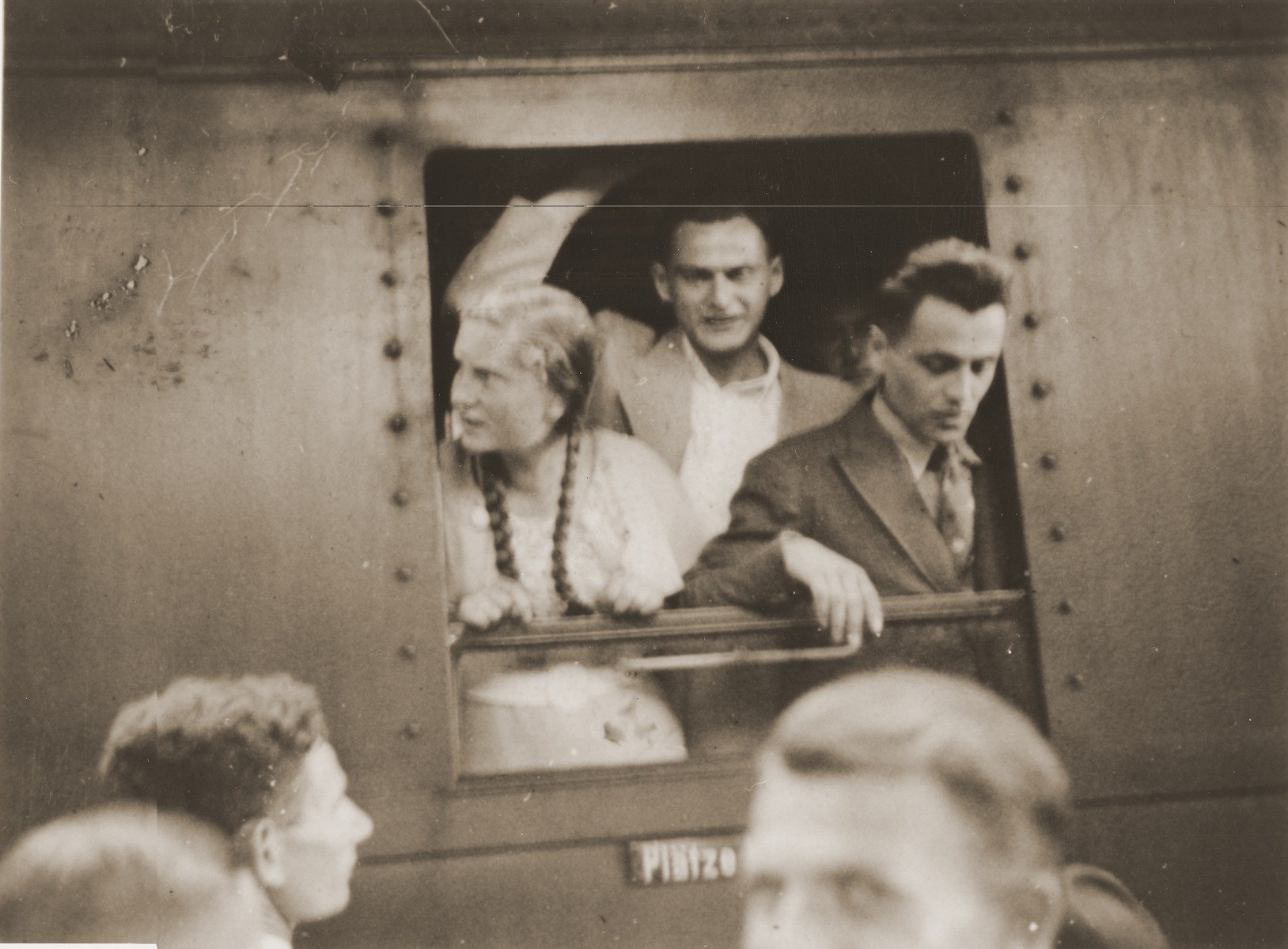 Arnim Heimann, a German Jewish man, looks out the window of a train as he leaves Berlin for South Africa.

Arnim Heimann (right) is the brother of Frieda Heimann (donor's mother). He and Frieda were the only ones that survived in the family.

Biography
Evelyn Perl is the daughter of Ernst Walter Perl and Frieda Felicie (nee Heimann/Heymann) Perl. Ernst was born on September 16, 1898 in a small town in Silesia and moved to Berlin with his family when he was a teenager. He had two siblings; one died in World War I and the other died from an accident before the Nazi rise to power. Frieda was born in Berlin on February 18, 1905 and had three brothers, Jean, Max and Arnim. Ernst and Frieda married in 1935 and stayed in Berlin where Ernst worked as an automobile salesman. In 1936, Arnim immigrated to South Africa, and the next year Frieda's father, Sigmund Heimann, died just as the Nazis were about to confiscate his large, prosperous business. In 1938 Jean died suddenly, supposedly of a heart attack, at the young age of 35. That year Frieda also gave birth to twin girls, Evelyn and Ellinor (now Eleanor Gerson). After Ernst was arrested (probably during Kristallnacht) and briefly incarcerated the family decided to emigrate. They fled to Lisbon via Paris and succeeded in sailing to the United States on board the SS Nyassa on May 25, 1941 and arrived in New York on June 13. There the girls attended a pre-school for Jewish refugee children. Back in Europe, Ernst's parents were deported to Theresienstadt where his father Siegfried perished. Siegfreid's wife, Marie, was sent from Theresienstadt to Auschwitz where she perished. Frieda's mother, Selma Heimann was deported on March 10, 1942 to Raval, Estonia where she was killed. Frieda's brother Max and his wife fled to The Netherlands, but were rounded-up and deported to Westerbork and then Auschwitz. Max perished but his wife Inge survived to reunite with their daughter Suzanne who survived in hiding.