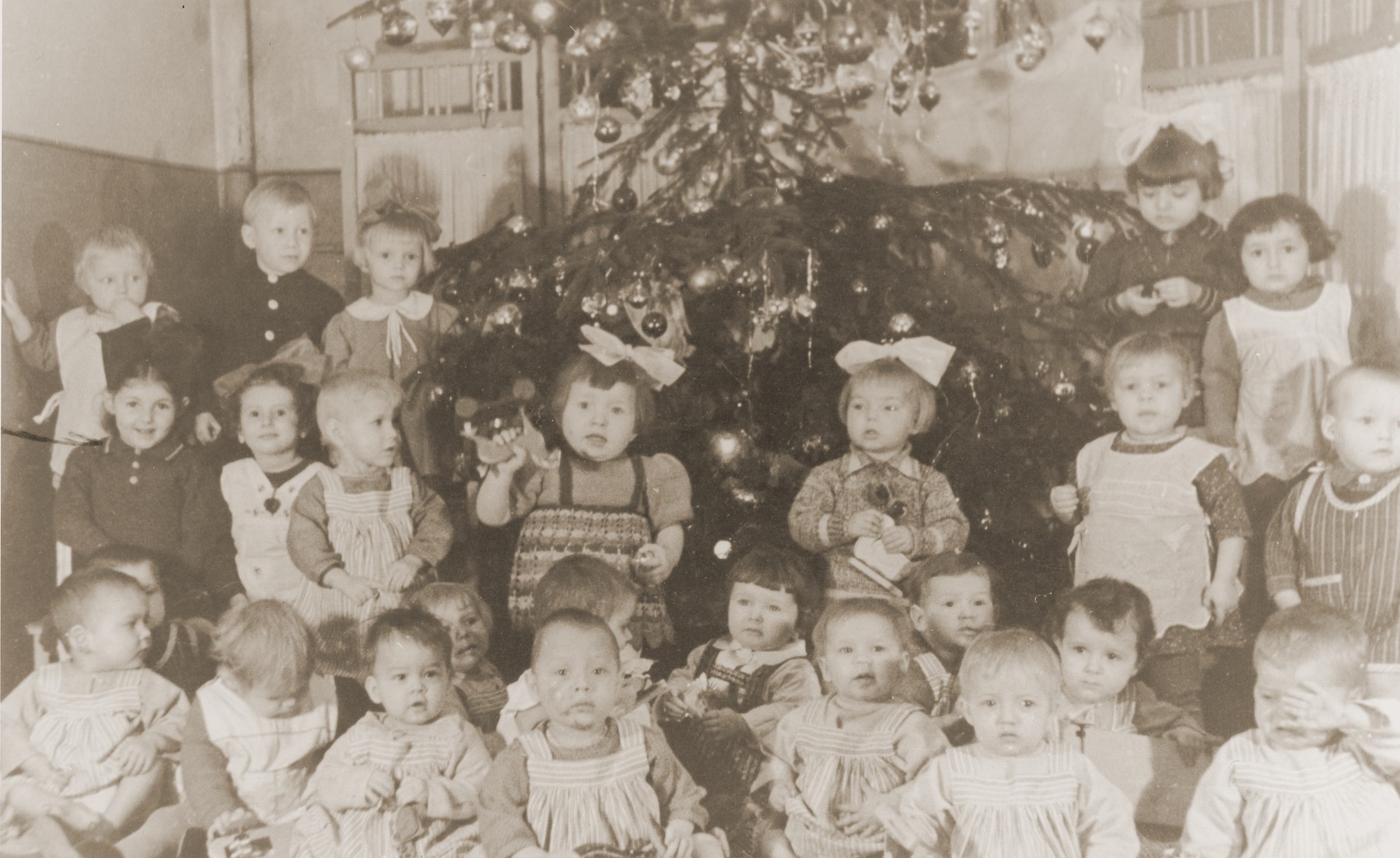 Among them is Celina Berkowitz (second row, first on the left), a Jewish child in hiding.