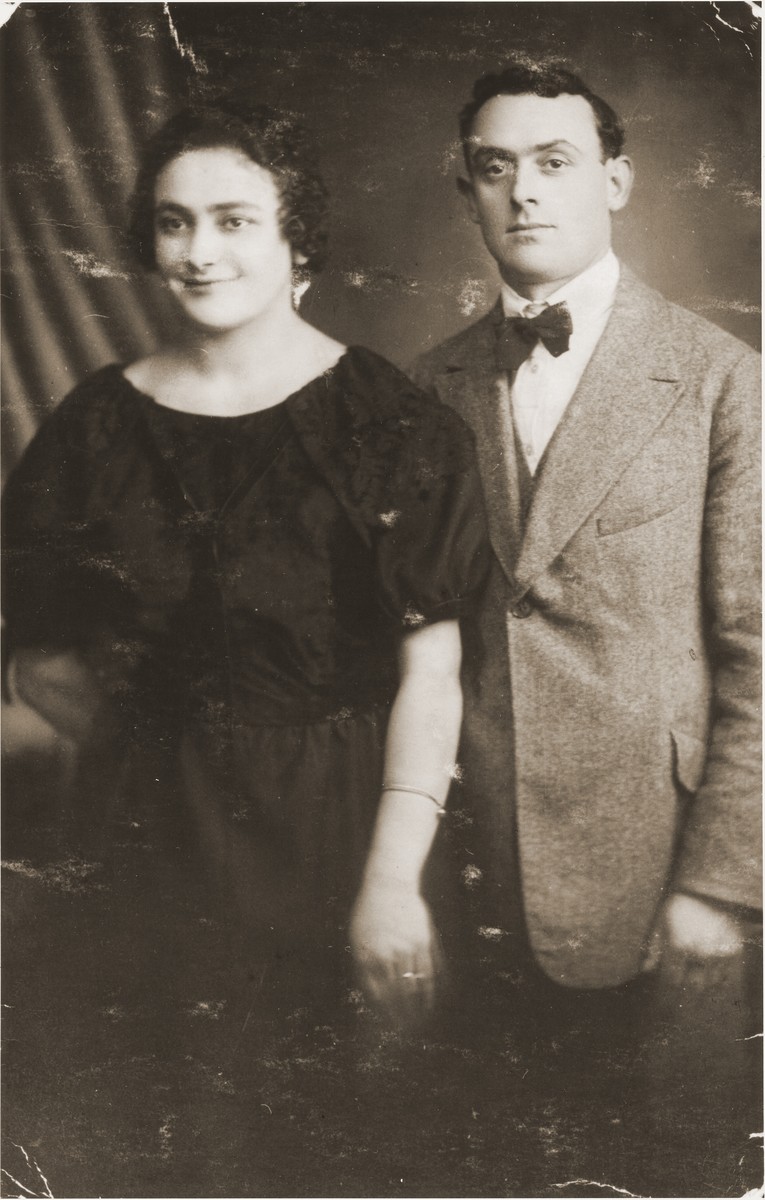 Biography
Tania Rozmaryn (born Tania Marcus) is the middle child of Yaakov Marcus and Cyla Danishevska Marcus. She was born on June 16, 1928 in Vilna and grew up in Smorgonie, Lithuania where her father was a successful businessman. He sold farming equipment and purchased flax for export. Her older sister, Rivka was born in 1925, and her younger brother Nathan was born in 1935. The family were religious Zionists, but also involved in the greater cultural life of the town. Sixteen days after the start of World War II, in accordance with the Molotov-Ribbentrop pact, Soviet forces entered Smorgonie. For the next year and a half the Marcus family lived under Soviet rule. This changed abruptly in June 1941 with the surprise German invasion of the Soviet Union. Upon hearing of the invasion of Lithuania, the Marcus family fled to the nearby town of Lebiedziew (Lebedevo). When they discovered that that town was also under German occupation, Cyla returned to Smorgonie with the two daughters, while Yaakov and Nathan remained temporarily with relatives until the chaos of the early days of the invasion subsided. After a short while, Cyla returned to Lebiedziew to tell her husband that it was safe to return to home, only to learn that Yaakov Marcus had been shot and killed by German units. Cyla returned home with her young son, and shortly thereafter they were forced into a ghetto in Smorgonie. One year later, Tania separated from her family to work with labor groups in Zezmer building a highway for the Todt organization. Her relatives had been conscripted, and Tania decided to go in place of a younger cousin who was less physically fit for the trip. Tania's older sister, Rivka, joined her after a short while. Several months later, the German commander pulled her aside and told her she had an opportunity to reunite with her family in Oszmiana. She was naturally reluctant to leave Zezmer fearing a trick, but he convinced her that the offer was genuine, and Tania in fact succeeded in reunited with her mother and siblings. Tania stayed with her family until she ran into the commander of the Zezmer camp who told her that he wanted her and her family to return to Zezmer. A Lithuanian farmer was given the task of taking them to the train station. He, however, brought them to his farm where angry peasants were awaiting an opportunity to kill them. Cyla ran to the nearest SS man, and explained that they were supposed to go join a labor brigade but now were being threatened by a farmer. The German policeman insisted that the family be allowed to go to their destination and they boarded a train for the camp. Their lives were spared a second time on this voyage when the train stopped at Ponary. The German commandant from Zezmer, however, kept them on board thus preventing their execution. In May, 1943, the family was transferred from Zezmer to the Kovno ghetto as part of a group of approximately 400 or so people. In Kovno, the family was first housed in a former movie theater until the Jewish Council arranged permanent housing for them. For somewhat less than one year the family lived in tact in the ghetto. This tragically ended on March 27, 1944 when Nathan, then aged nine, was killed in the Kovno Children's Action - a two day killing spree in which German SS troops and auxiliaries rounded up over 1,300 children and elderly and sent them to their deaths. Two months later, Cyla, Rivka and Tania were shipped to Stutthof concentration camp during the liquidation of the ghetto. From Stutthof, they were sent to labor camps in Malki and Doerbeck and then put on a death march to Praust where they were liberated by Soviet troops on March 23, 1945. Tania was at this point near death and semi-conscience from disease, but her mother and sister protected her until liberation. The women were taken by Russian troops to a work camp where they were again imprisoned behind barbed wire and forced to work in a flour mill. One day they met some Jewish, Polish soldiers who were looking for relatives; they helped them escape from the camp and go to Lodz where there was a sizeable Jewish community. Tania and her family joined a Mizrahi kibbutz and with the help of Bricha came to DP camp in Germany. In Bergen Belsen Tania worked teaching Hebrew despite the fact that she herself only completed four years of formal education. While in Bergen-Belsen, Tania married Mendel Rozmaryn, and Cyla remarried to Abraham Altman.