Members of the extended Goldschild family celebrate the holiday of Purim. 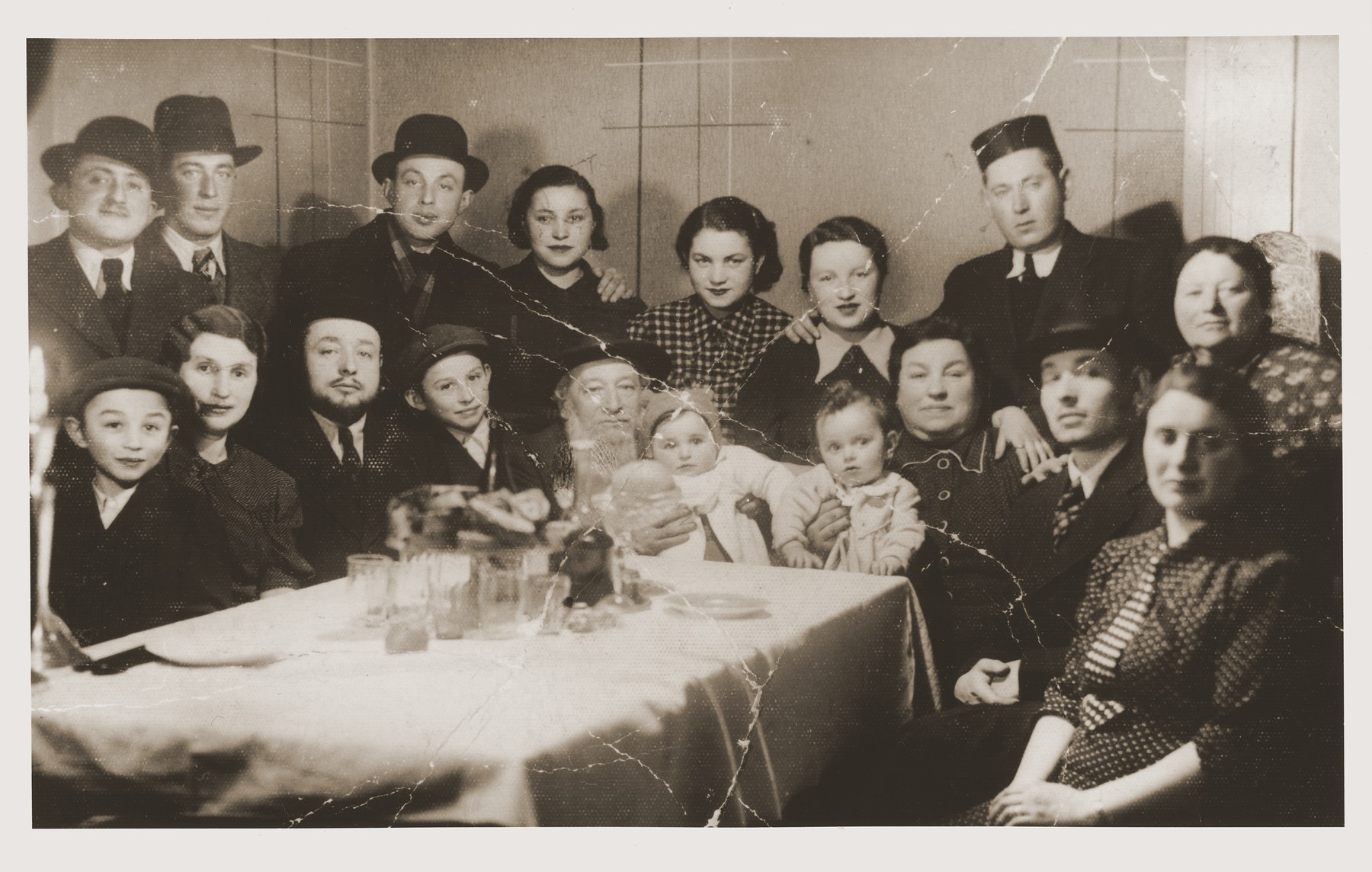 Members of the extended Goldschild family celebrate the holiday of Purim.

128 members of the Goldschild family lived in Khust, most of whom would come together to celebrate Purim.

Biography
David Goldschild is the son of Menhard Meir and Berta (Bodner) Goldschild. He was born October 13, 1929 in Chust, Czechoslovakia. His father owned an import-export business, importing tropical fruits and exporting apples, mushrooms and walnuts; his mother ran a store selling candies, chocolates, tropical fruits and canned foods. David had two siblings, a brother, Yehuda, (b. 1932) and a sister, Esther, (b. 1940). David attended a German kindergarten and a Czech elementary school. In 1938 after the Chust region became part of Hungary, David transferred to a Jewish school. He also attended cheder. After graduating in 1943, David attended the Chust yeshiva. His father was conscripted into the Hungarian labor service in 1941, where he remained until the spring of 1944. His return to Chust coincided with the forced ghettoization of the Jewish community. A short time later all 12,000 Jews were deported to Auschwitz. David's mother and siblings were killed immediately after their arrival in the death camp, but he and his father survived the initial selections. After several weeks David's father was sent to Warsaw to clean up the remains of the ghetto. From there he was transferred to one of the Kaufering sub-camps of Dachau, where he died on January 15, 1945. David was sent from Auschwitz to Allach, another sub-camp of Dachau, where he worked in the BMW plant until his liberation. After the war David returned to Chust, where he learned that he and his aunt, Vera Goldschild, were the only survivors of his extended family of 128 members. He recovered some of his family's hidden valuables and joined his aunt in Teplice near Prague. His uncle, Joseph Hartenbaum, arranged for an affidavit for David to immigrate to the United States. However, the visa was long in coming. Meanwhile, in the spring of 1946, David received a letter from the Jewish Committee in Prague informing him that orphans under the age of 17 were eligible to go to England. David applied and was accepted to the program. The group stopped first in France for several weeks before proceeding on to England. Upon his arrival, David was apprenticed to a jeweler. During this period he was supported by the English Jewish Committee. David took part with the other "Boys" in the activities of the Primrose Jewish Youth Club and became an active member of its soccer and chess clubs. He also attended the London School of Arts. David immigrated to the United States on February 20, 1950.