Group portrait of members of the Zettlitz hachshara with a framed picture of Theodor Herzl. 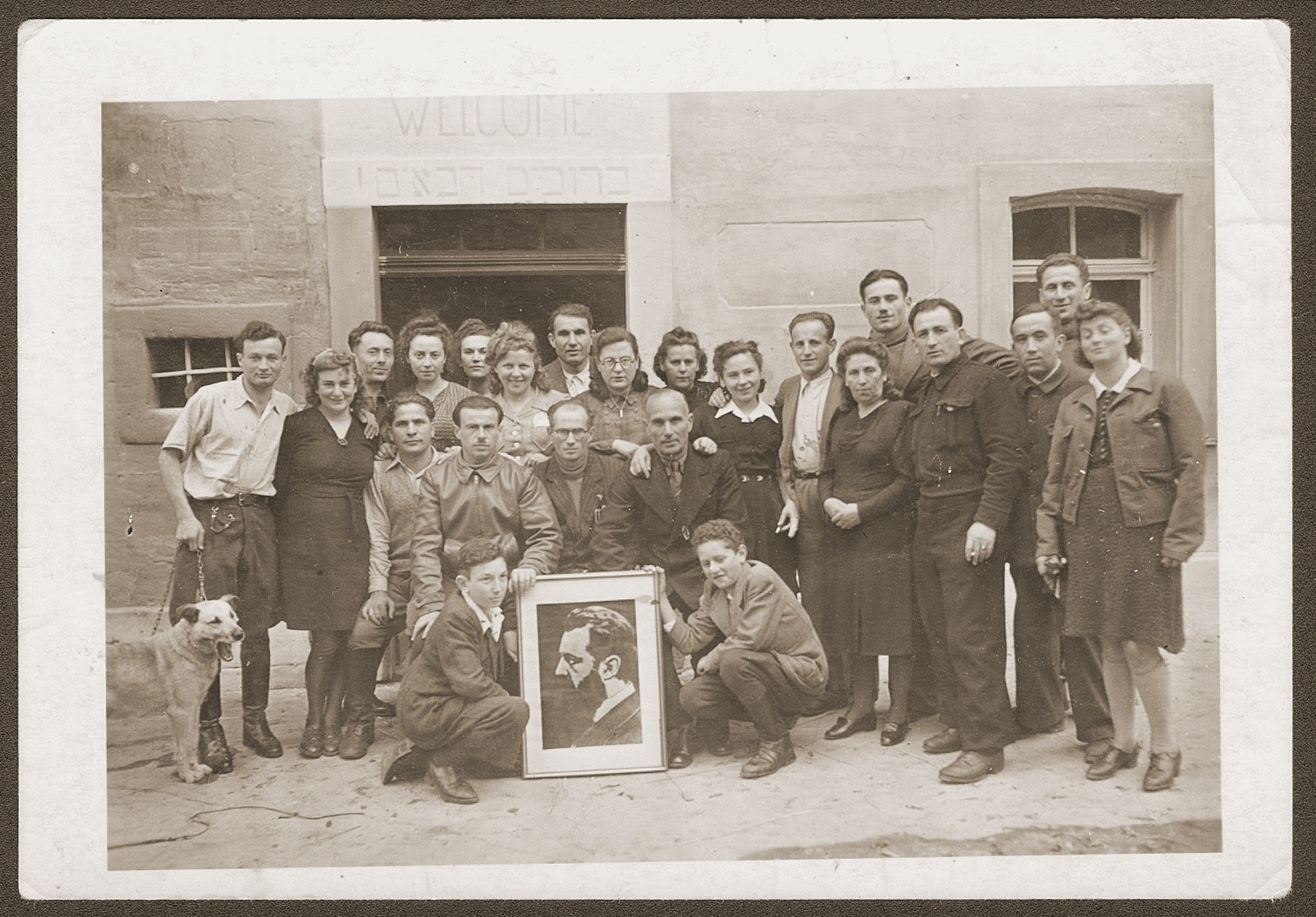 Group portrait of members of the Zettlitz hachshara with a framed picture of Theodor Herzl.

Biography
Hinda Chilewicz (now Helen Luksenburg) is the daughter of Chaim and Chana Chilewicz. The eldest of three children, Hinda was born on April 4, 1926 in Sosnowiec, Poland where her father owned a textile mill. After the German invasion the family remained in Sosnowiec, which soon became an open ghetto. During this period Hinda's brother Abraham (Mumek) was sent to a labor camp in Markstaedt. He later died in 1944 at the age of 17 while on a death march. Hinda was transported to the Goglin transit camp, and in March 1943 she was deported to the Gleiwitz labor camp. When the ghetto was liquidated in August 1943, Hinda's parents and sister, Bluma, were deported to Auschwitz. All three perished in the camp. Hinda remained in Gleiwitz for over a year and a half. There she met her future husband, Welek Luksenburg from Dabrowa.
William Luksenburg (born Welek Luksenburg) is the son of Simcha Dawid and Rozalia Luksenburg. His father worked in the wholesale meat business, while his mother served as president of the local Wizo organization in Dabrowa. Like the Chilewicz', the Luksenbergs remained in their hometown from the beginning of the occupation until the onset of the deportations. Welek's parents were put on a transport to Auschwitz in August 1942. His older brother, Szlomo, was likewise taken during one of the deportation actions. Szlomo had initially been sent for forced labor to Klein Mangersdorf but had returned to Dabrowa after being injured. Both Szlomo and his parents were killed in Auschwitz. Welek was deported first to Blechhammer, in March 1943, and then to Gleiwitz. Together Welek and Hinda were evacuated from the camp in January 1945. They were taken in an open wagon to Theresienstadt and from there to Oranienburg. From Oranienburg Hinda was transferred to Ravensbrueck, where she was liberated by Americans. Welek was sent first to Flossenburg, then Regensburg, and finally on a death march ending at Libenau-bei-Laufen on the Austrian border, where he was liberated on May 5. Hinda and Welek were reunited in August 1946 at the DP camp in Weiden Oberfalz. There they were married on March 2, 1947. Two years later they immigrated to the United States.