Celia Chaiken-Wells, a nurse and relief worker at the Rothschild Hospital poses in front of the building. 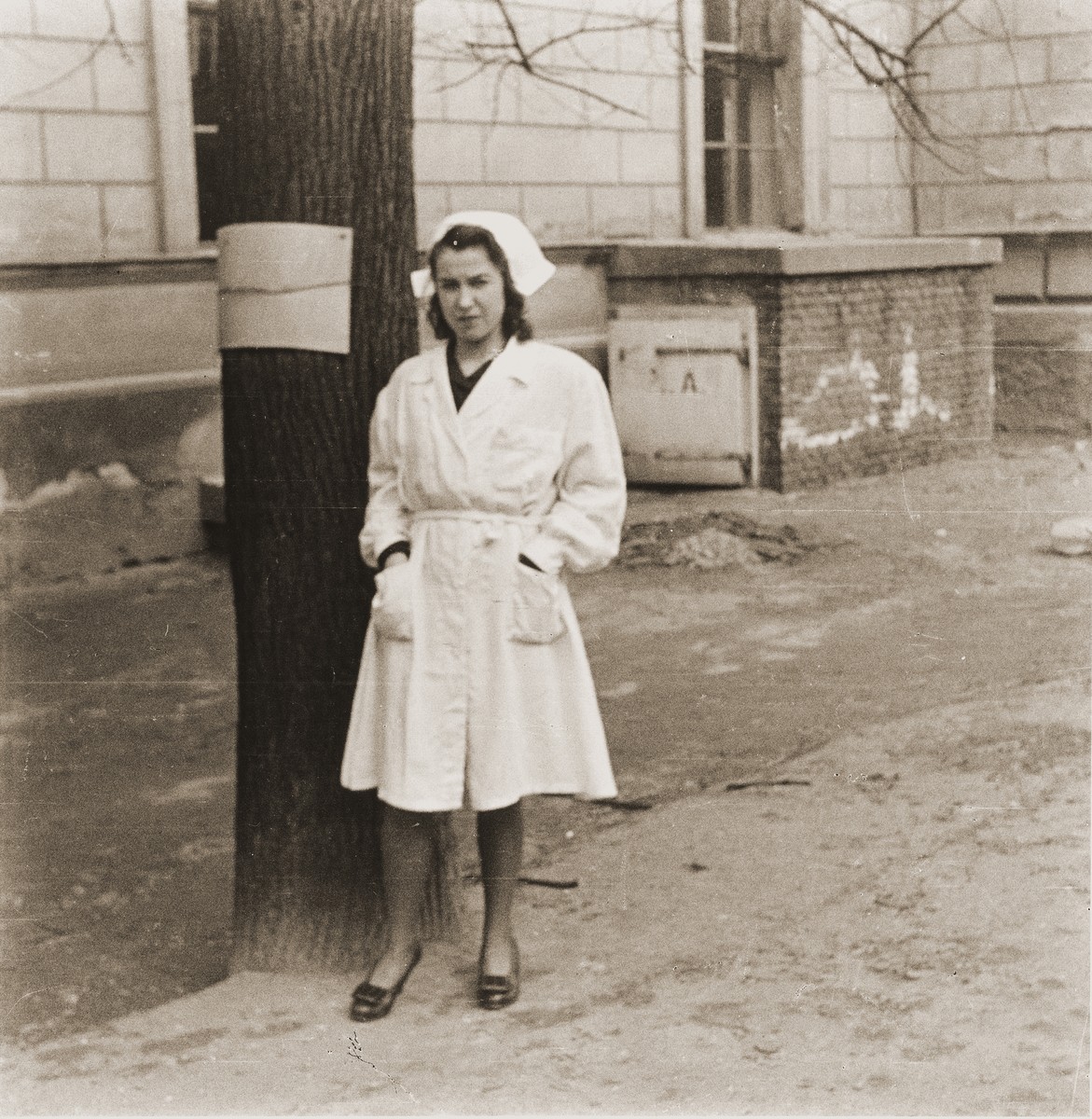 Celia Chaiken-Wells, a nurse and relief worker at the Rothschild Hospital poses in front of the building.

George Birman was born in 1922 in the German city of Konigsberg, and grew up near the Baltic port of Klaipeda in Lithuania. His father, Abel Birman, gave him a Voigtlander camera as a present for his tenth birthday with which he took pictures of pre-war, wartime and postwar Europe. In 1941 Birman was imprisoned in the Kovno ghetto and then was sent to a number of slave labor camps. He managed though to keep his photographs with him. On the night of July 9, 1944, before escaping from the Kedainiai labor camp outside of Kovno, Birman handed over his passport, birth certificate and approximately 150 photographs and negatives to his father. As the camp cook, his father wrapped the documents in waxed paper and buried them in a canister under the kitchen. Birman cut the barbwire fence surrounding the camp with pliers. Along with his father and a companion, he crawled through a drainage ditch and hid in a tall rye field before running away to the forests. One month later, after the German retreat, Birman dug up his photographs -- which he found undamaged -- and photographed the places where he had worked and escaped. In postwar Vienna, Birman studied engineering and worked for Bricha, the illegal organization that smuggled survivors to Palestine. He guided refugees to the Rothschild Hospital and from there on routes to Palestine. He lived off and on at the Rothschild Hospital for four years registering refugees while his father helped manage the hospital's supplies.