A Jewish bride and groom pose with their family and friends in the Neu Freimann displaced persons camp. 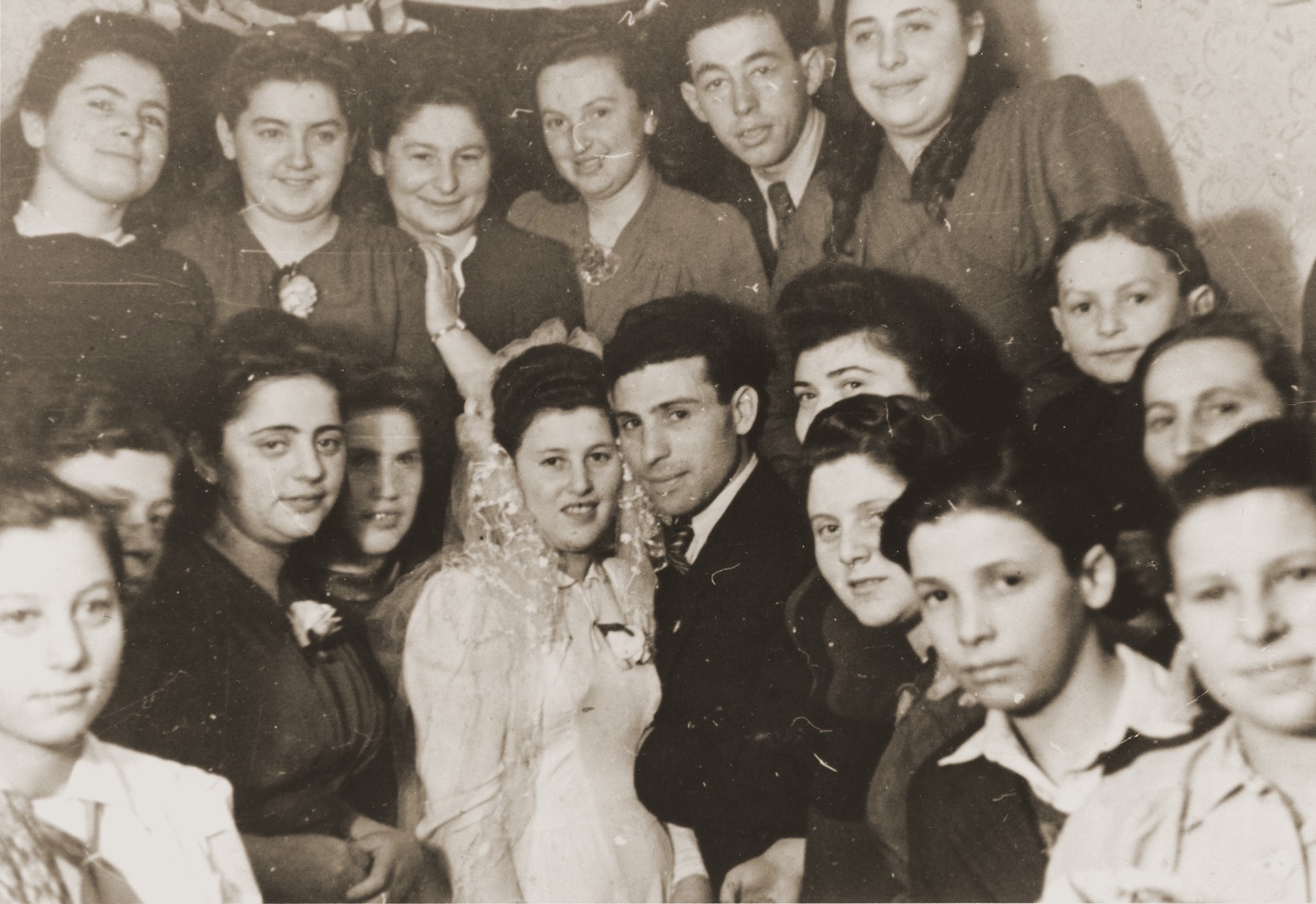 A Jewish bride and groom pose with their family and friends in the Neu Freimann displaced persons camp.

Pictured are the newlyweds, Samuel and Lilly Scherb.

Biography
Nachman Aaron Elster is the son of Chaim Sruel and Cywia (Szczerb) Elster. He was born September 15, 1931 in Sokolow Podlaski, Poland, where his parents owned a butcher shop that catered primarily to Poles. Nachman Aaron had two sisters, Sura Rivka and Ita Jospa. After the German occupation the Elsters were forced into the local ghetto. Nachman Aaron's sixteen-year-old uncle was subsequently put on a transport to Treblinka but managed to jump off the train. A German guard shot him in the neck, but he managed to return to the ghetto only to die later of his wounds. In September 1942 the ghetto was surrounded in preparation for its final liquidation. Earlier, Nachman Aaron's parents hid his sister, Ita, with a Polish couple named Hipolit and Franceska Gurski. The rest of the family hid with neighbors behind a double wall in the attic of their apartment. When a young child with them began to cry, their hiding place was discovered, and all the Jews were assembled in the marketplace to await deportation. In the chaos, Nachman Aaron's father urged him to escape and find the Gurski family. Nachman Aaron crawled away from the scene through a gutter, ran into an empty house and hid overnight. The next day, he escaped from the empty ghetto and ran to a nearby farm where he met a group of escaped Jews. They told him that his mother was alive and had been assigned to a labor brigade that was sorting and packing Jewish belongings to send to Germany. Nachman Aaron found his mother, and she hid him during the day while she was at work. Cywia and Nachman Aaron spent the next several weeks running from farm to farm seeking food and shelter. When it became too cold to continue, Cywia gave Nachman Aaron some jewelry and told him to try to find the Gurskis. He ultimately found them, but they were reluctant to take him in for fear he would endanger their lives and that of his sister. They told him he could stay for only a few days, but Nachman Aaron hid in their attic for two years until the end of the war. He and Ita survived, but his mother was betrayed by a Polish farmer and shot just four months before liberation. Chaim and Sura were killed in Treblinka. After the liberation, Nachman Aaron remained in Poland for six months before going to Germany. He lived in the Fuerth and Neu Freimann displaced persons camps for two years and then sailed to the US in June 1947 on board the SS Marine Marlin.