French officials, sitting at a table on the pier in La Ciotat, France, register passengers as they embark on the Mala, an immigrant ship bound for the new State of Israel. 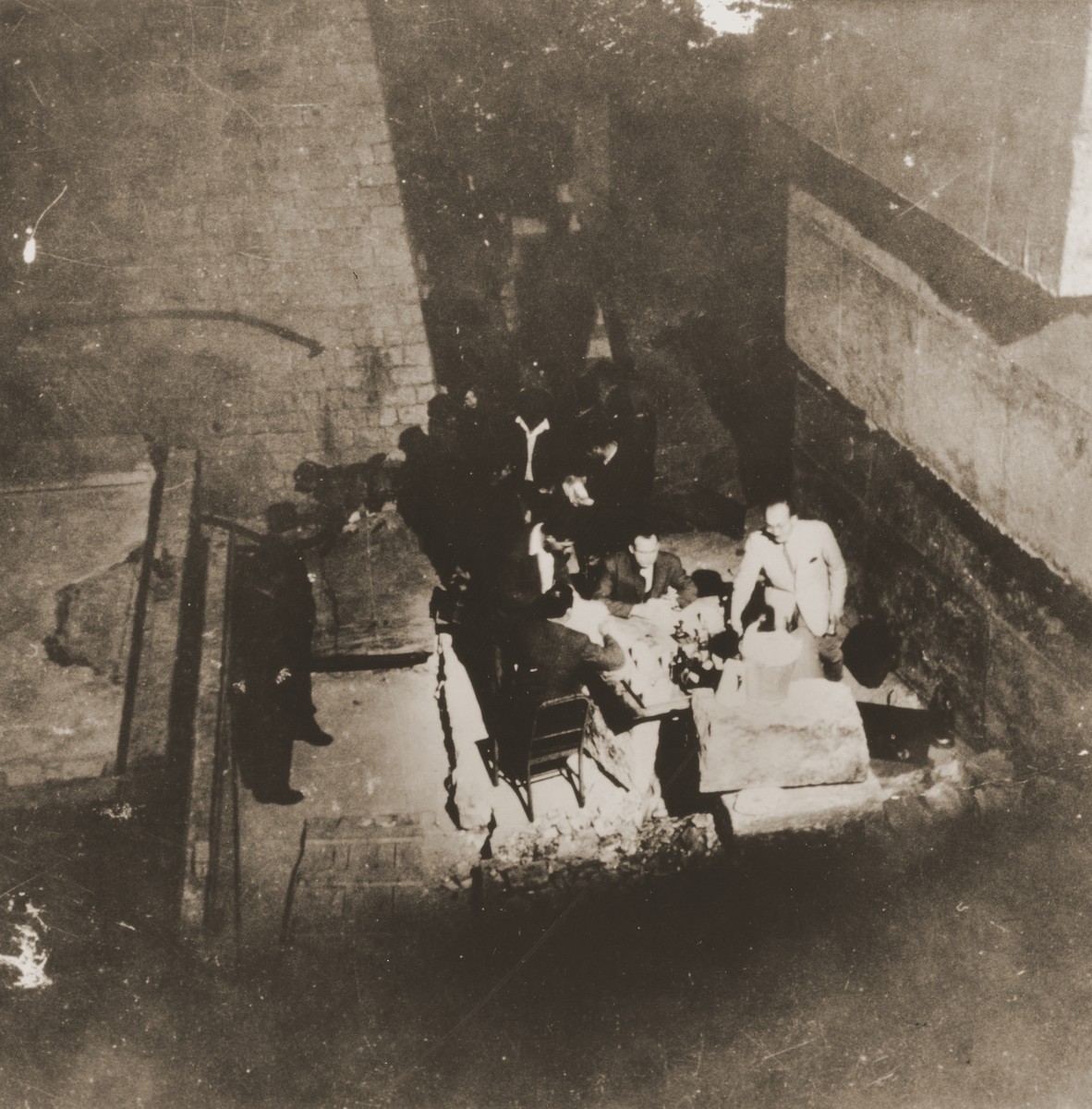 French officials, sitting at a table on the pier in La Ciotat, France, register passengers as they embark on the Mala, an immigrant ship bound for the new State of Israel.

Biography
Martin Silver, a photographer, was born December 2, 1927 in the Bronx, N.Y. He grew up in an traditional Jewish family, where the situation in Palestine was a frequent topic of discussion. In 1946, Silver entered the New York State Maritime Academy where, as a second year cadet, he was recruited for the Aliyah Bet (the movement for illegal Jewish immigration to Palestine) by the European-born, Palestinian-raised professor of physics, Meir Degani. Silver was instructed to report to a Brooklyn shipyard on weekends, where the repair and refitting of the USS Mayflower was underway. Built in Scotland, the Mayflower was purchased by the U.S. government to serve as a presidential yacht. In 1947 the ship, then out-of-service, was sold to a front company on behalf of the Jewish Agency for Palestine to transport Jewish survivors and displaced persons from Europe to Palestine. Silver, who was assigned to the engine room crew, was more experienced than some of the other volunteers, who were largely recruited from a Hashomer Hatzair Zionist agricultural collective, Garin Hey. The Mayflower sailed from New York to Marseilles in June 1948, only weeks after the declaration of the new State of Israel. In Marseilles, the Mayflower was outfitted as an immigrant ship, with five tiers of shelf-like bunks built into the hold. From Marseilles, the ship moved to La Ciotat, some twenty miles east down the coast, for boarding. The passengers arrived from the La Grande Aranas displaced persons' camp and boarded the ship by night. Just before the ship set sail it was renamed the Mala. The voyage of the Mala was plagued by mechanical breakdowns. The ship which had been designed to carry less than three dozen people, was crammed with over 1400 passengers, as well as a hidden shipment of guns for the Israeli army. As the ship approached the Israeli coast, it was attacked by Egyptian planes, but suffered no damage. Upon arrival in the port of Haifa on July 11, the passengers disembarked and were sent to various kibbutzim and absorption centers. All of the able-bodied men between the ages of 16 and 30 were immediately recruited into the Israeli army and sent as replacements to the battle of Latrun, where some of them lost their lives. Silver returned to the U.S. after his second voyage, as the Mala sailed back to La Ciotat, from which it made one more voyage to Israel with another 1400 DPs during the Israeli War of Independance.