Salusia Goldblum with her aunt Ange Kraicer in front of the Jewish orphanage in the Bronx. 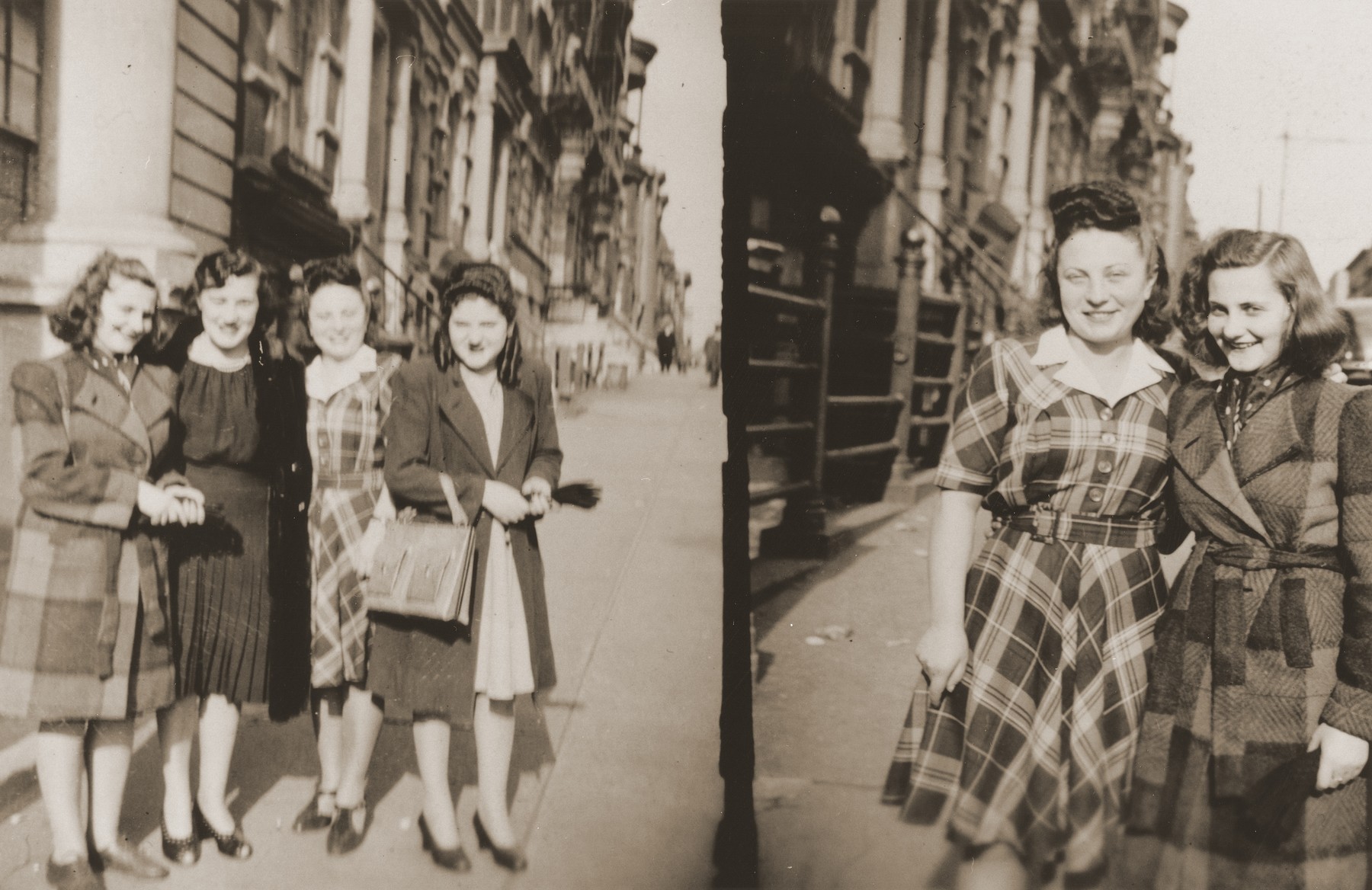 Salusia Goldblum with her aunt Ange Kraicer in front of the Jewish orphanage in the Bronx.

Ange Kraicer (born Ange Broda) is the daughter of Berl and Chana Gitl Broda. She grew up in Zarki, Poland, where her father and brothers were horse traders. She had five siblings: Aron, Zalman, Moszek, Tola and Nacha. In 1930 at the age of 16 Ange immigrated to Toronto, where she went to marry her boyfriend Wolf Krajcer (later Willy Kraicer). Willy had moved to Canada with his brother Menachem only a short time before and had found a job as a printer. After their marriage, Willy and Ange had two sons, Jacob and Leonard. No one in the Krajcer family who remained in Poland survived the war, and only one of Ange's relatives, her brother Moszek, returned alive. Her mother died in Zarki in 1942; her father was killed in Treblinka; and Zalman died under unknown circumstances. Ange's niece, Salusia Goldblum, the daughter of her sister Tola, survived in hiding with an ethnic German couple. After the war she was taken by relatives to the Bergen-Belsen displaced persons camp. There she met Menachem Kraicer, Willy's brother, who was then working for HIAS (Hebrew Immigrant Aid Society). He arranged her immigration to the US aboard a war orphan transport. Soon after her arrival Ange met her in New York and smuggled her across the border into Canada.