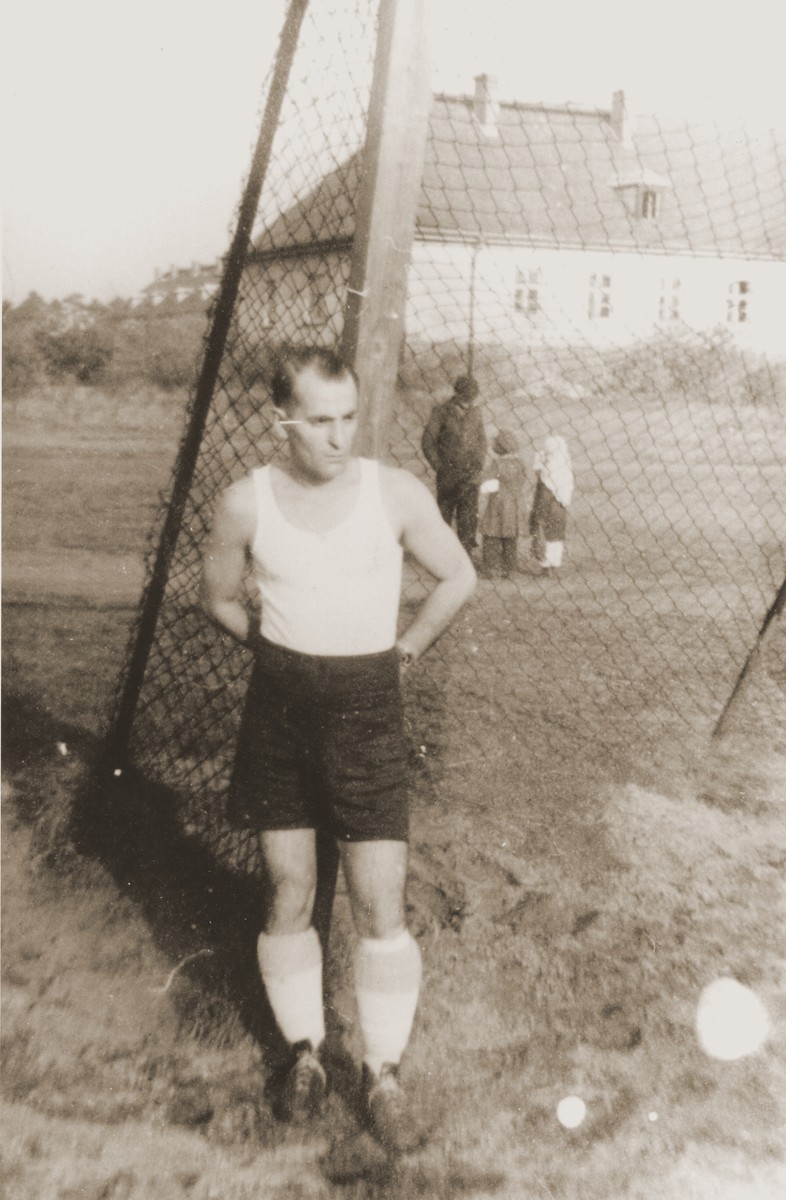 Edek Goldblum was the brother of Izak Goldblum. He was deported from Dabrowa Gornica to Auschwitz during the liquidation of the ghetto in August 1943 along with his sister-in-law Tola Goldblum and her son, Wolf. He passed the initial selection and remained in Auschwitz until its evacuation in January 1945. He was then sent on a death march to Germany, and ended up in Bergen-Belsen during the last weeks of the war. There he met up with his sister Manya and brother-in-law Moishe Broda, and the three were liberated in May. After the war Edek lived for several years in the Bergen-Belsen displaced persons camp.