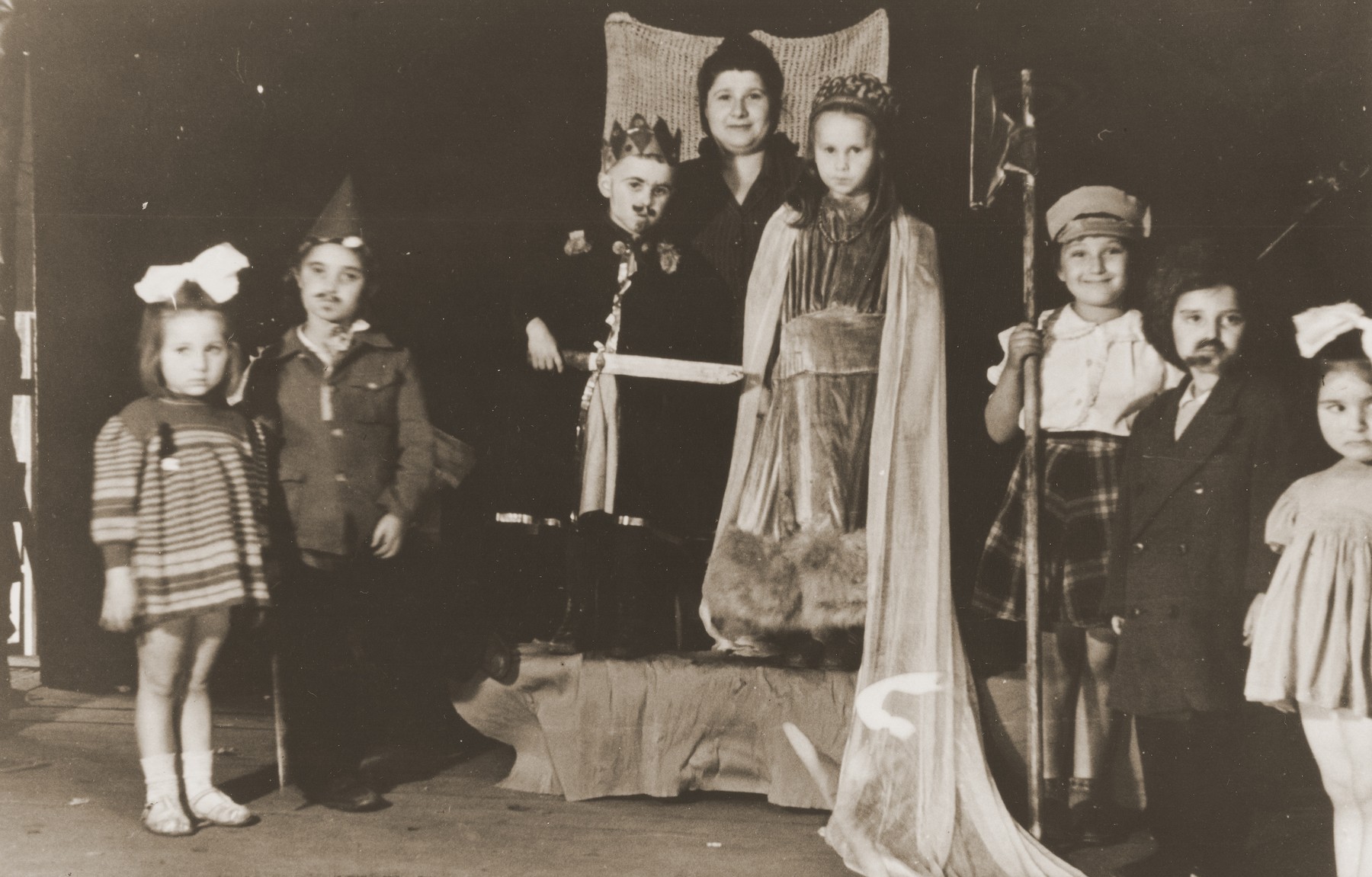 Among those pictured is Masha Leikach (center, dressed as Queen Esther). Pictured on the left in the striped dress is Shulamit Gilor.