A group of Jewish DPs eat in the mess hall at the Schlachtensee displaced persons camp. 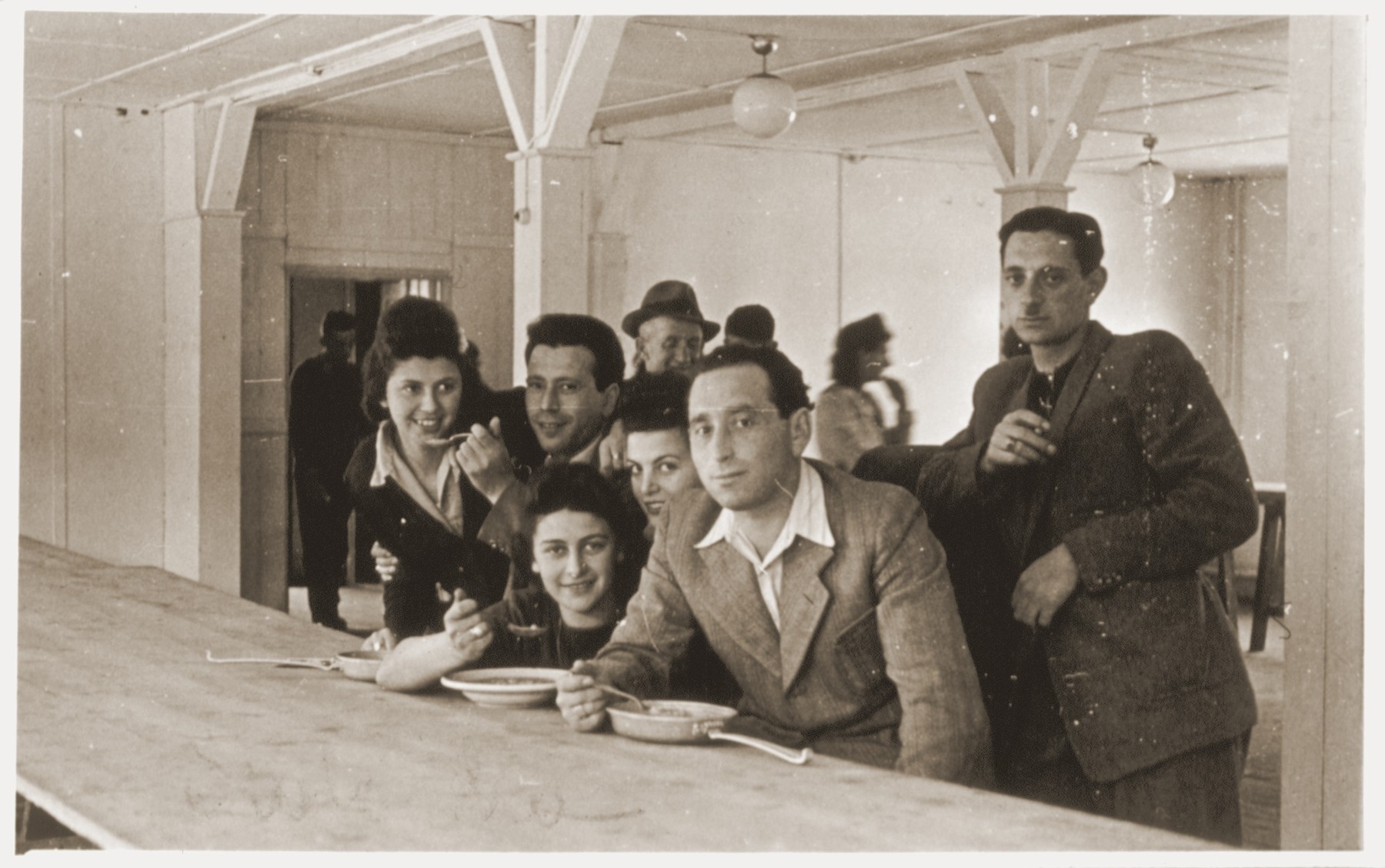 A group of Jewish DPs eat in the mess hall at the Schlachtensee displaced persons camp.

Seated with bowls before them are Shmuel (Miles) and Rozalia (Chris) Lerman.