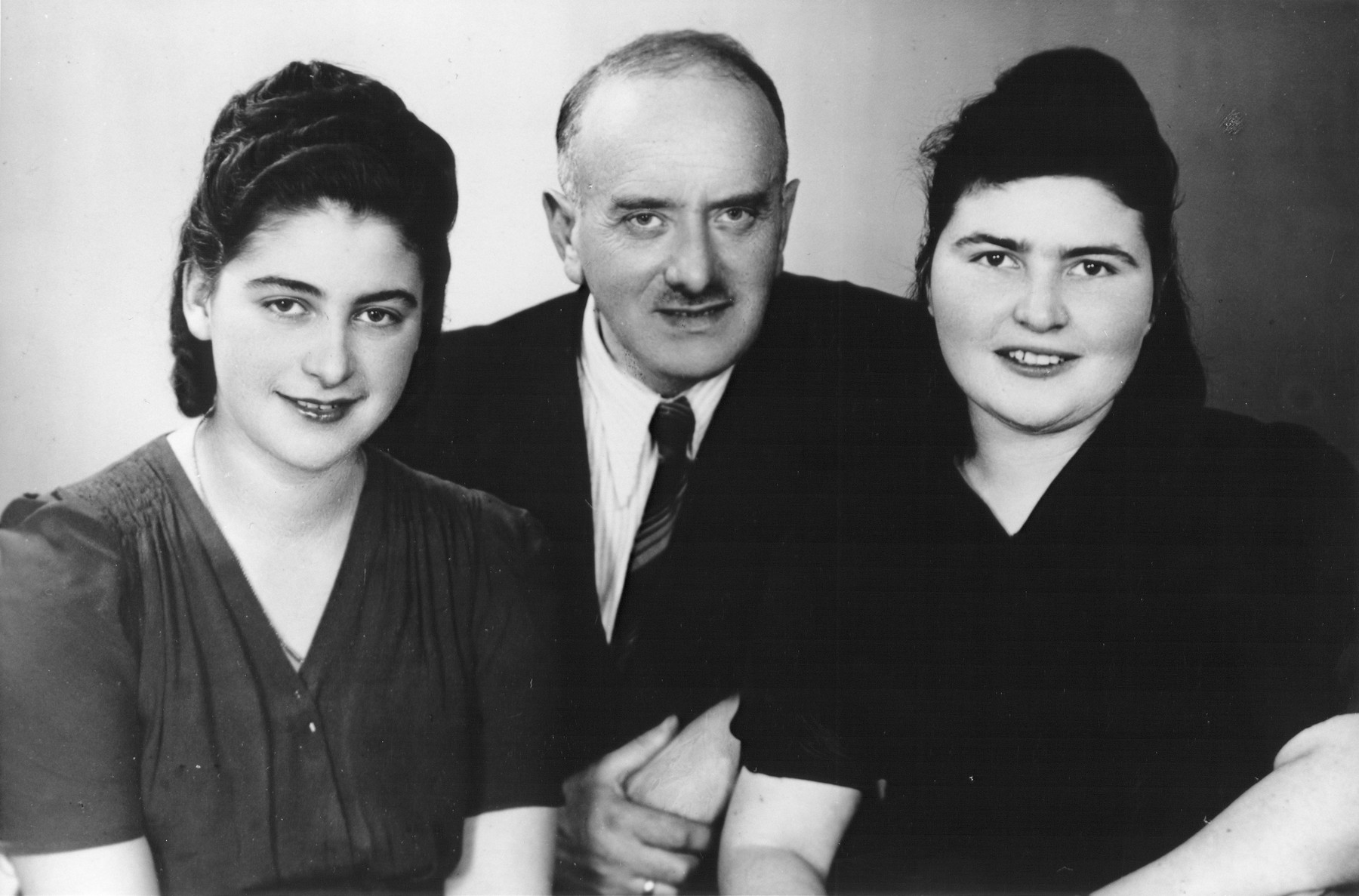 Pictured from left to right are: Rozalia Laks, her uncle Alexander Laks, and her cousin Anja Ptashnik.