A group of Jewish refugee yeshiva students in Shanghai gather around Rabbi Samuel Walkin, the former rebbe of Lukatz Kreuz (near Poznan). 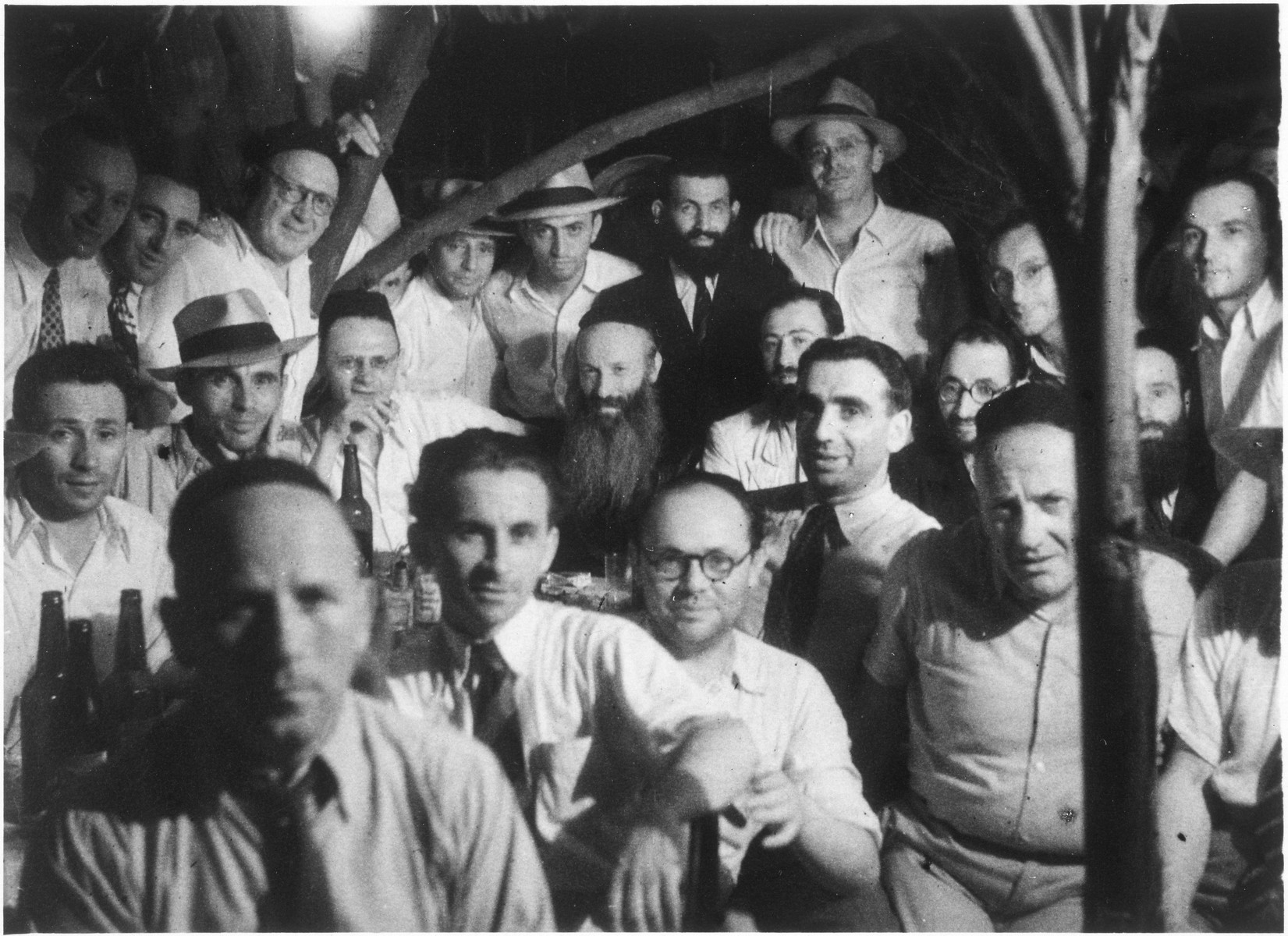 A group of Jewish refugee yeshiva students in Shanghai gather around Rabbi Samuel Walkin, the former rebbe of Lukatz Kreuz (near Poznan).

Rabbi Walkin is pictured in the center (with the long beard). Pictured in the back row, center with a hat is Samuel Chaim Soroka.

Biography
Yaakov (Jacob) Ederman is the son of Rabbi Alter Benzion and Miriam Udes Ederman. He was born in 1921 in Luck, Poland, where his father was a leading rabbinic figure. Yaakov had six siblings: Meir Aryeh, Sholem Yitzhak, Efraim, Avrohom Tzvi, Yosef and Shaindel. At the age of ten, Yaakov was sent to study at the yeshiva in Ostrow Mazowiecka. Later he transferred to another in Baranovichi, and finally in the late 1930s, he moved to the yeshiva in Mir. Yaakov fled with the entire yeshiva to Vilna on October 15, 1939, two weeks after the start of World War II. After the break up of the yeshiva in August 1940, Yaakov was among the students who were sent to Krakenava. Since Yaakov spoke Polish fluently, he was tapped by the leadership of the Mir Yeshiva to negotiate with the Polish legation at the British consulate in Kaunas to obtain visas for the members of the yeshiva. After a week of meetings, he emerged with approximately 300 certificates for all the students and rabbis who did not have valid passports. Yaakov left for Japan in early 1941, bearing Sugihara transit visa #880. He stayed in Kobe until the fall of 1941 and then proceeded to Shanghai, where he remained for the rest of the war. Yaakov immigrated to the United States in 1947.