Members of the Kibbutz Haghibor hachshara hold a Passover seder in the Bergen-Belsen displaced persons camp. 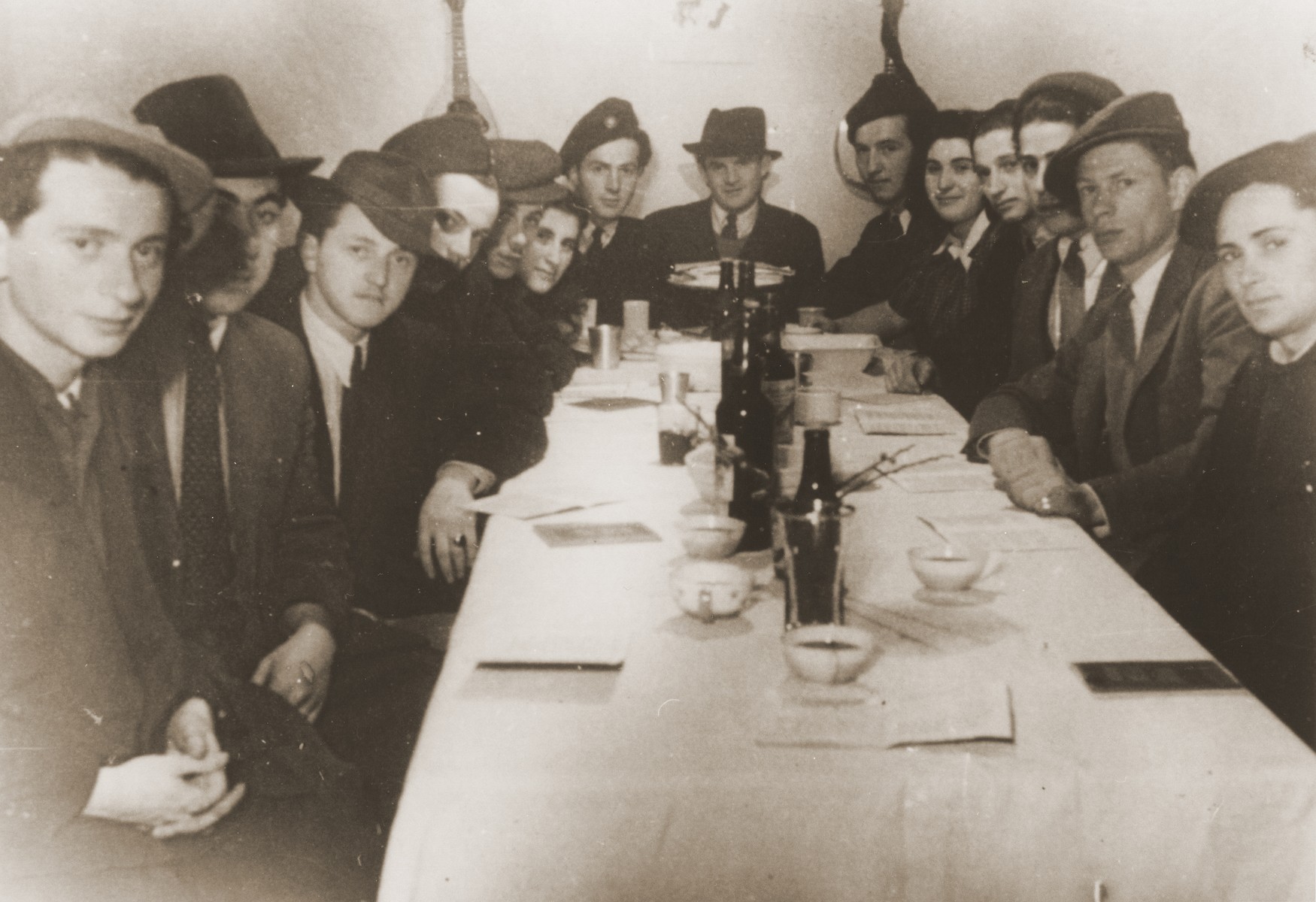 Members of the Kibbutz Haghibor hachshara hold a Passover seder in the Bergen-Belsen displaced persons camp.

Pictured in back at the head of the table is Laci (Leslie) Schwartz.