Jewish DPs wear small Jewish stars on their lapels at an engagement party at the Vinnhorst displaced person's center. 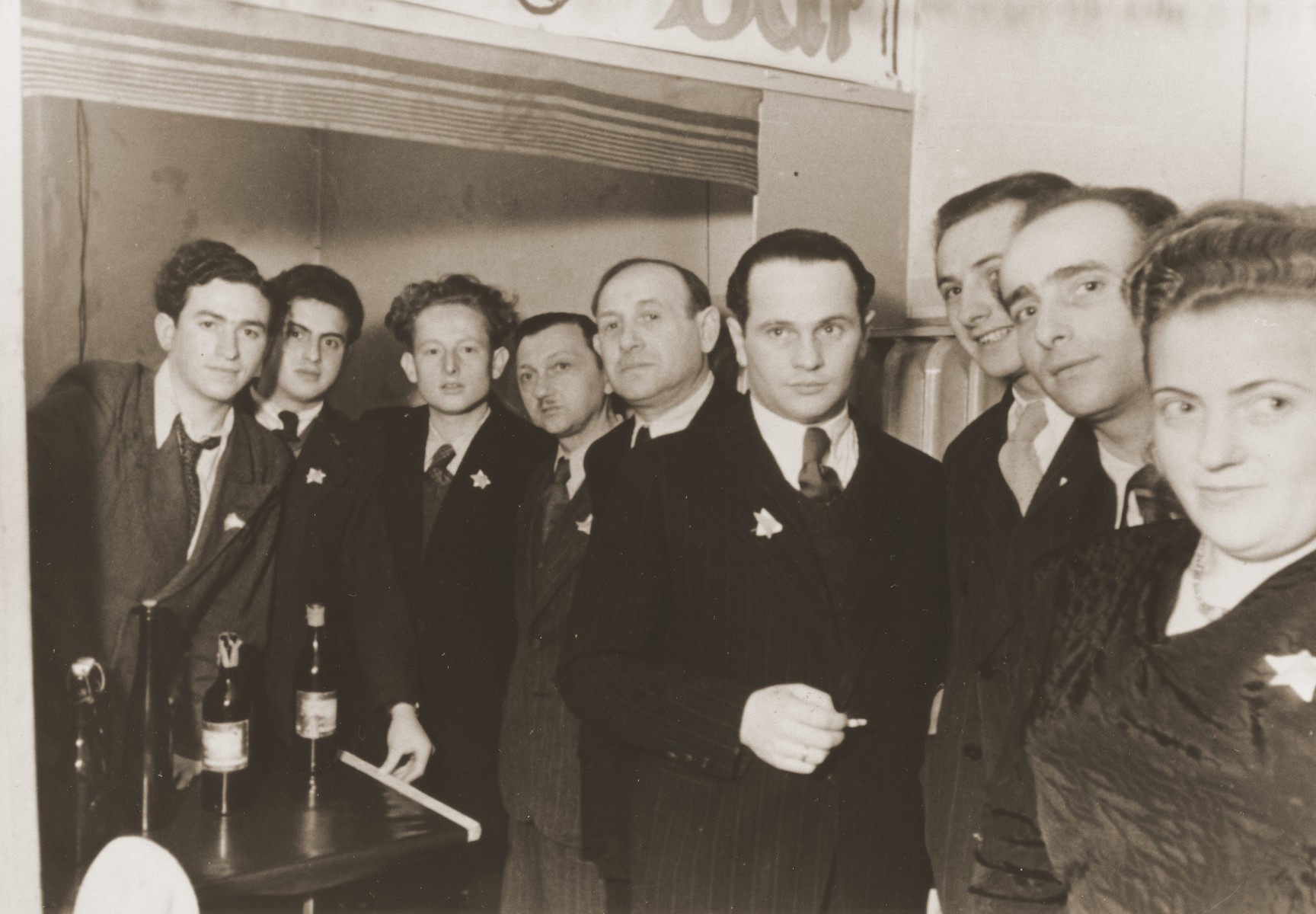 Jewish DPs wear small Jewish stars on their lapels at an engagement party at the Vinnhorst displaced person's center.

Included in the photograph are Israel Zaks, Mietek Zawadzki and Nathan Teichner. Frieda Altman ( maiden name Lerner) is standing next to her husband, Morris Altman.