Group portrait of an elementary school class in Amsterdam. 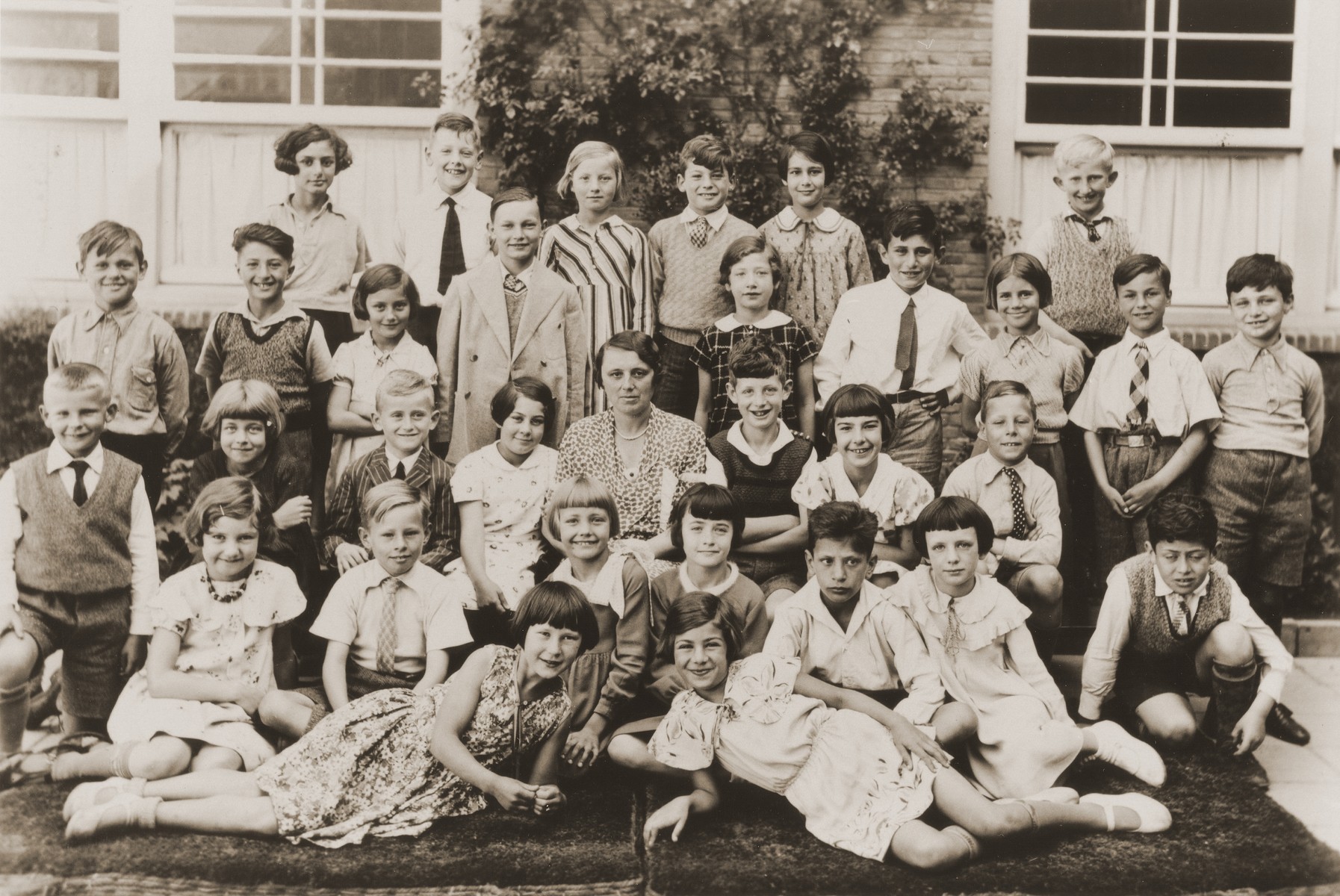 Group portrait of an elementary school class in Amsterdam.

Nine-year-old Hilde Jacobsthal is pictured in the back row at the left.