Jewish DPs crowd the decks of the Dov Hos that is anchored in the port in La Spezia. 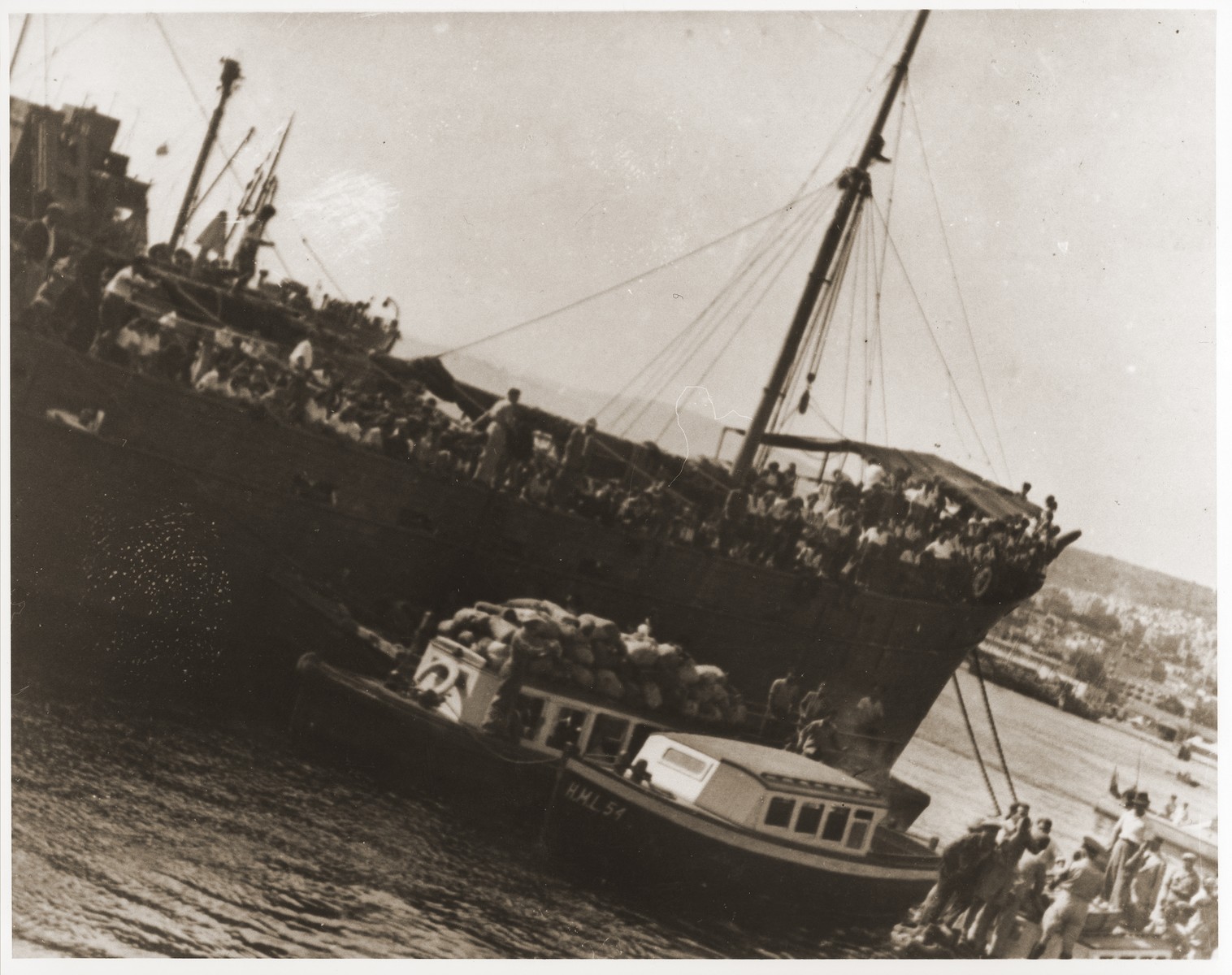 Jewish DPs crowd the decks of the Dov Hos that is anchored in the port in La Spezia.

Event History
In the spring of 1946, 1014 Jewish DPs were transported by the Zionist underground to the abandoned port of La Spezia, Italy, to sail illegally to Palestine aboard the immigrant ship, Fede. One day before its scheduled departure of April 2, British police learned of the illegal transport and took steps to block its departure. In an attempt to salvage the mission, Mossad agents decided to turn it into a media event to arouse world public opinion against Britain's restrictive immigration policy. The DPs, who were waiting in trucks outside the harbor, were boarded on the Fede, from which they immediately issued a manifesto demanding the right to sail to the Jewish homeland. When the British threatened to forcibly disembark the passengers, the DPs declared a hunger strike. The British government then dispatched Harold Laski, head of the British Labor Party and a prominent Jewish figure, to negotiate a settlement. To avoid a catastrophe that would further embarrass the British government, it was agreed that a second Mossad ship, the Phoenicia, which had been impounded earlier by the British, would be given over to the immigrants to relieve conditions aboard the dangerously overcrowded Fede. Half the passengers were then transferred to the Phoenicia during a ceremony which included the raising of the Zionist flag and the renaming of the two ships for fallen Haganah leaders. The Fede became the Dov Hos, and the Phoenicia, the Eliahu Golomb. The DPs remained confined to the two ships and the pier for another three weeks until the British relented, agreeing to provide immigration certificates for all the passengers. On the date of their departure, May 8, 1946, well-wishers crowded the harbor to show their support for the immigrants who had defeated the British Empire. To the strains of Hatikva, the two ships raised anchor and put out to sea.
https://www.ushmm.org/wlc/en/article.php?ModuleId=10005462. https://www.ushmm.org/wlc/en/article.php?ModuleId=10005776.