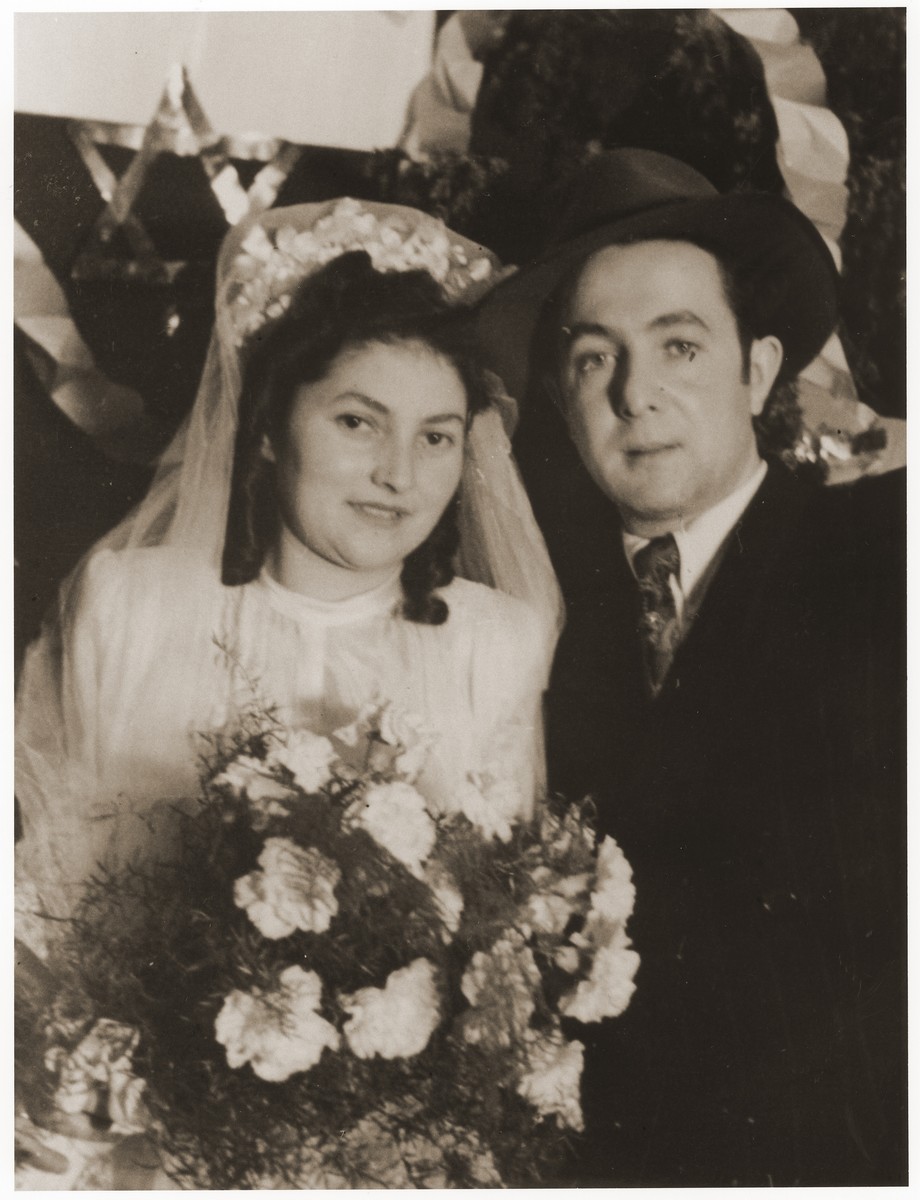 Gerzon Trzcina (now George Gerzon) was born in Krasnosielc, Poland in 1922. He was the son of Dina Kassel and Benam Yitzhak, who was a businessman in the leather trade. Gerzon had one older brother, Jacob, and two sisters, Faiga (b. 1918) and Perl (b. 1920). When the war broke out, Gerzon was working as a photographer's assistant (among other jobs) in Warsaw. Following the German invasion of September, 1939, Gerzon was slightly wounded by shrapnel. Soon after, a drunken German soldier, forcibly cut Gerzon's hair. When the soldier made him stoop down to pick up the cuttings, Gerzon grabbed the German's gun and ran away. After a short time in hiding, Gerzon returned to his hometown, where he learned that eighty Jews had been murdered in the synagogue during the first week of the war in one of the first large-scale atrocities against Polish Jews. Among those killed was Gerzon's eighty-two-year-old grandfather, Haskel Kassel. Gerzon moved on to Makow Mazowiecki, where he was forced to clean the stables the Germans had set up in the town's synagogue. In the late fall, Gerzon escaped with his family to Bialystok, where he worked in a tannery until the family was deported to the Soviet interior in June, 1940. Along with a group of Polish and Jewish refugees, the Trzcinas were sent to the Kiltovo labor camp in northern Russia. Harsh conditions and poor nutrition led to Gerzon's father's death in the camp. The family remained in Kiltovo until the German invasion of the Soviet Union in June of 1941. Soon after, the refugees were allowed to leave the camp, and the Trzcinas moved to nearby Syktyvkar (capital of the Komi republic), where Gerzon worked in a construction company and later in a tannery. In Syktyvkar, Gerzon was reunited with Gittel Blankitner, a Jewish refugee from Mlawa, whom he had met earlier in his travels in the Soviet Union. (Gittel's father perished in Aushwitz, and her mother and siblings were killed in Treblinka.) In November, 1944, Gerzon and Gittel were married. The couple left the Soviet Union with their new baby in 1946. Returning for a brief time to Poland, the family soon joined the wave of survivors streaming toward the Western zones of occupation. After their arrival in Germany, the Trzcinas stayed in several DP camps including Vilseck, Wurzburg and Lechfeld, where Gerzon worked as an UNRRA photographer. In March 1951, the family immigrated to the United States.