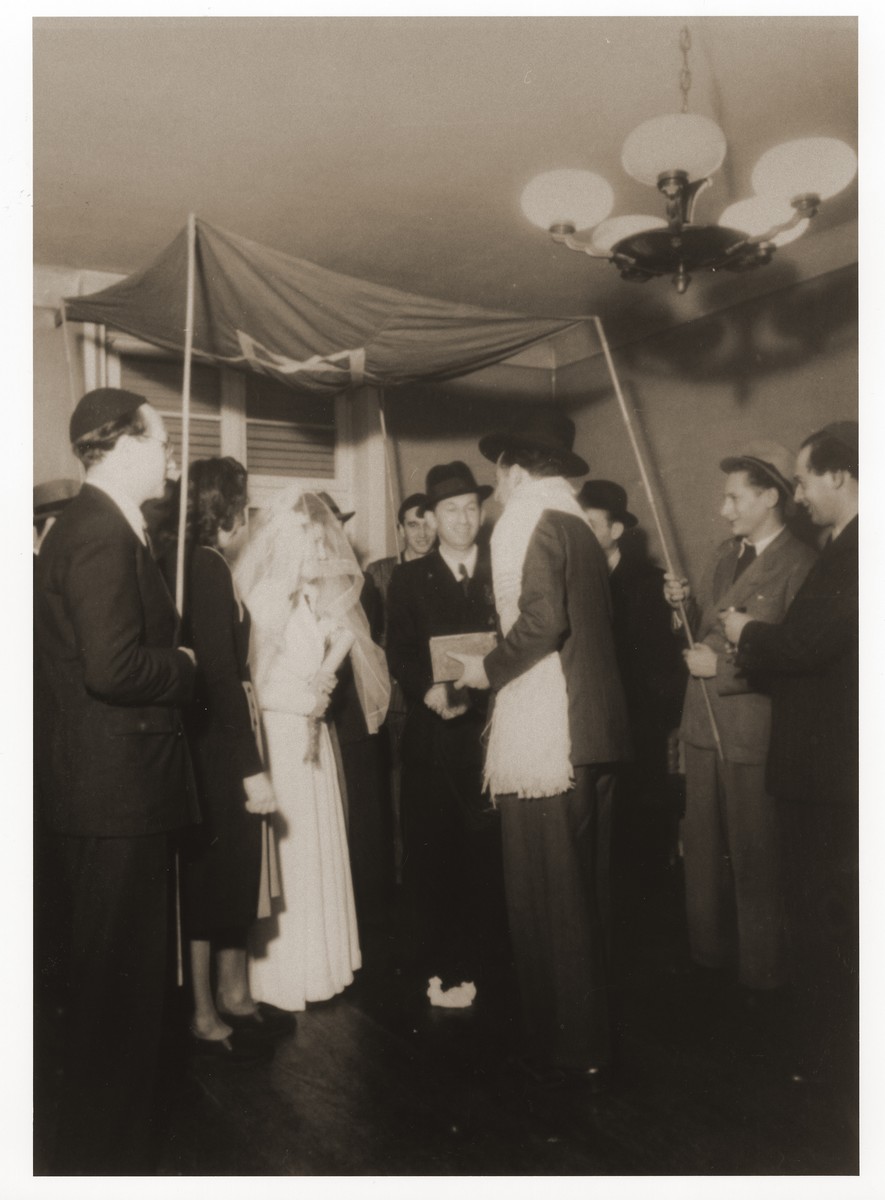 Alice Fink (born Alice Redlich) is the daughter of Georg and Ella (Messer) Redlich. She was born on August 12, 1920 in Berlin, where her father was a salesman. Her younger brother, Heinz Alfred, was born on June 9, 1923. After completing high school, Alice took a one-year training course (1937-38) to become an infant nurse. She then left Germany for England to attend nursing school and receive her certification. The rest of her family remained in Berlin. On October 26, 1942, her father was arrested and deported to Auschwitz, where he perished. Alice's brother was picked up in January 1943, and her mother, on March 8, 1943. They, too, were deported to their death in Auschwitz. Alice's grandmother, Emma Messer, was sent to Theresienstadt in December 1942. She also perished. After the war, in September 1946, Alice worked with Team 110 of the Jewish Relief Unit as a staff nurse. She was sent to the Bergen-Belsen displaced persons camp, where she met another relief worker, Hans Finke. Hans, who also hailed from Berlin, was a Jewish survivor of Auschwitz. They married in Bergen-Belsen on June 20, 1948, and the following year, in August 1949, they immigrated to the United States and settled in Chicago.