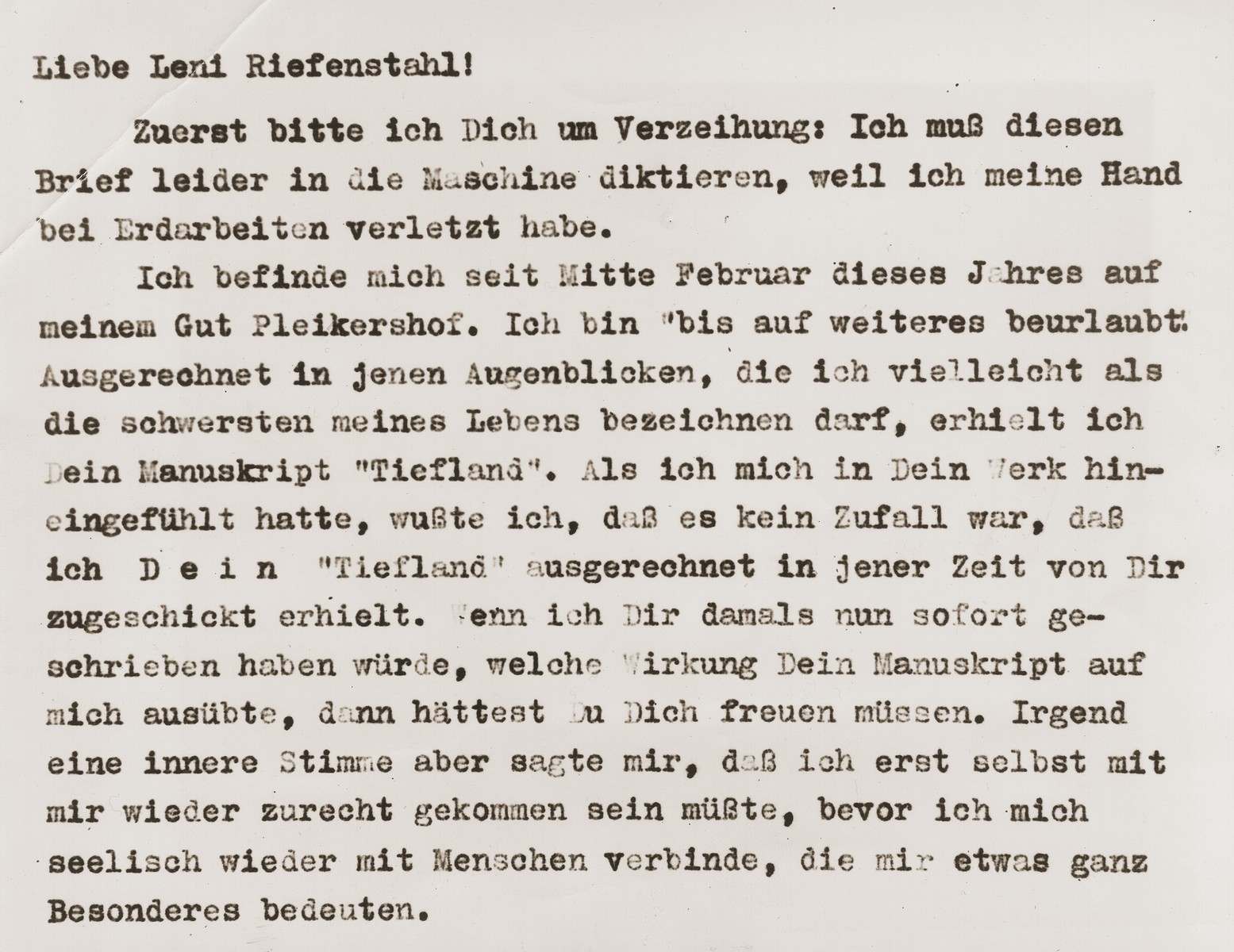 The excerpt reads: "Dear Leni Riefenstahl! First, I must ask you to forgive me--unfortunately, I must dictate this letter into the machine, for I injured my hand doing excavation work. Since mid-February this year, I 've been at my estate, Pleikershof. I have been placed "on leave until further notice." At exactly this moment, that I might describe as the most difficult of my life, I received your manuscript, "Tiefland" (Lowland). As I felt myself drawn into your work, I knew that it was no coincidence that I received "Tiefland" from you at precisely this time. If I had written to you then, of the effect your work had on me, you would have been pleased. However, some kind of inner voice told me that I must first come to terms with myself again, before I bind myself once more to people who mean something very special to me."

Images of Streicher's correspondence were made available by the International News Service in October, 1945, and were used to illustrate a series of articles about Julius Streicher, a defendant at the International Military Tribunal war crimes trial in Nuremberg. The original INS caption reads: "This letter from Julius Streicher to Leni Riefenstahl, Nazi movie actress, marked the beginning of their secret romance. Written in German, it is the copy found in Streicher's private files by Lieut. Causin. In the portion shown here, Streicher begins by discussing Leni's literary efforts, and ends by inviting her to his estate."