Justin and Lina Zenner, the uncle and aunt of Inge Marx, pose with the extended family at their wedding. 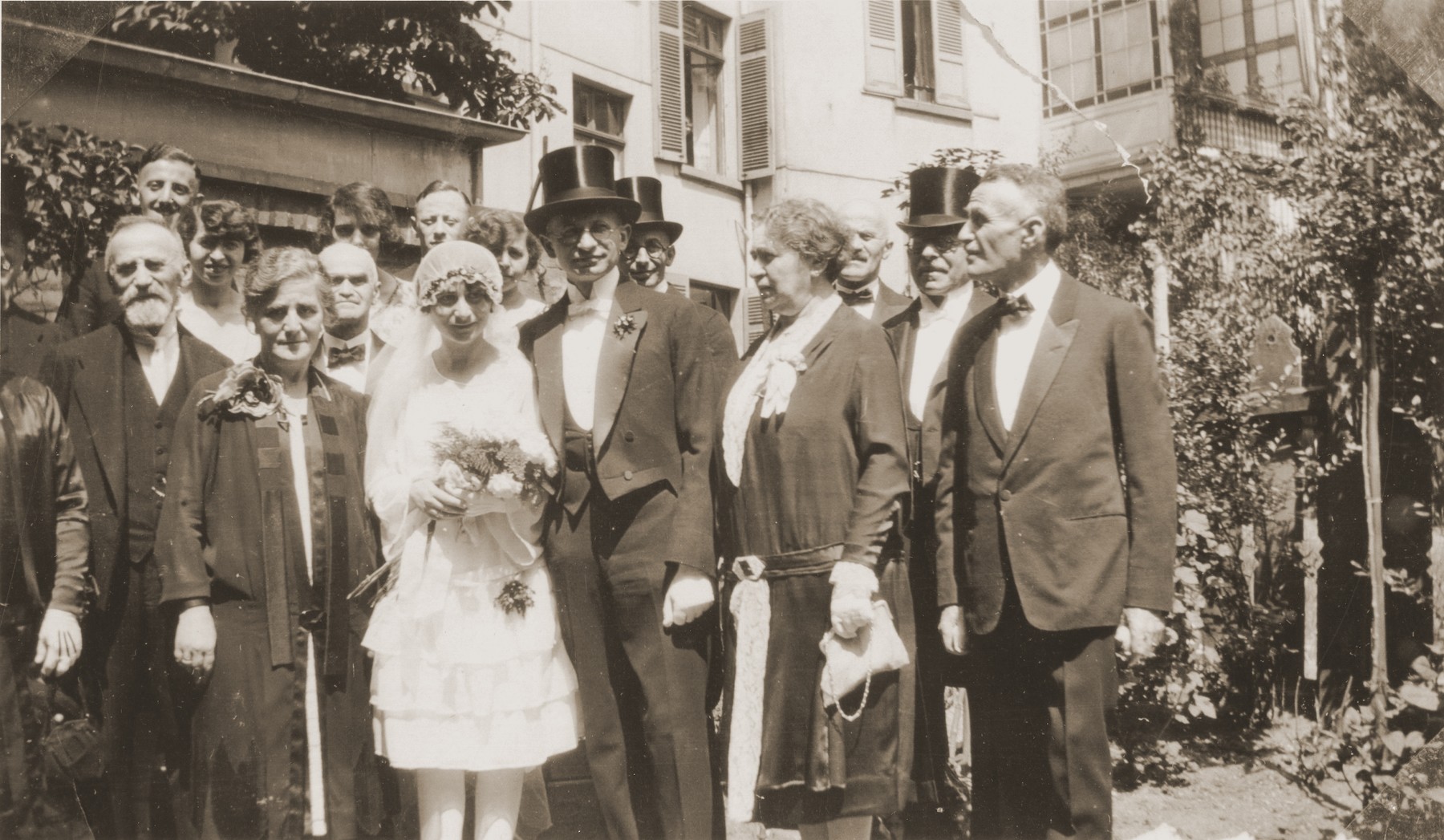 Justin and Lina Zenner, the uncle and aunt of Inge Marx, pose with the extended family at their wedding.

Biography
Inge Marx was the only child of Else Zenner and Karl Marx. She born August 24, 1921 in Munich, where her father was a representative for a textile firm. After her father's business collapsed in 1938, the family began the application process to obtain visas to join Ilse's uncles and aunt in the United States. That summer, however, her father suddenly died of a brain tumor. Because of their change in status, the family's visa applications had to be resubmitted. Else, consumed with grief for her husband and reluctant to leave her parents and ailing mother-in-law, was not motivated to complete all the required forms. However, at the urging of other family members, Inge submitted her own application, and in May 1940 left for the United States via Genoa. It was understood that her mother would soon follow. After her arrival in the U.S. Inge lived briefly with her relatives before finding a position as a live-in governess. In early 1941she met Herbert Mosheim at the New American Club in New York. They married on March 28, 1942 in a small ceremony at her aunt's home. Inge's mother was deported on November 20, 1941 from Munich. The transport was taken to Kovno, Lithuania, where they were immediately marched to the Ninth Fort and shot. In the spring of 1942, Inge's grandparents, Paula Marx and Josef and Lina Zenner, were deported to Theresienstadt, where they all succumbed to malnutrition in 1943.