Group portrait of young Jewish men and women posing on a wooden structure in the Zelow ghetto. 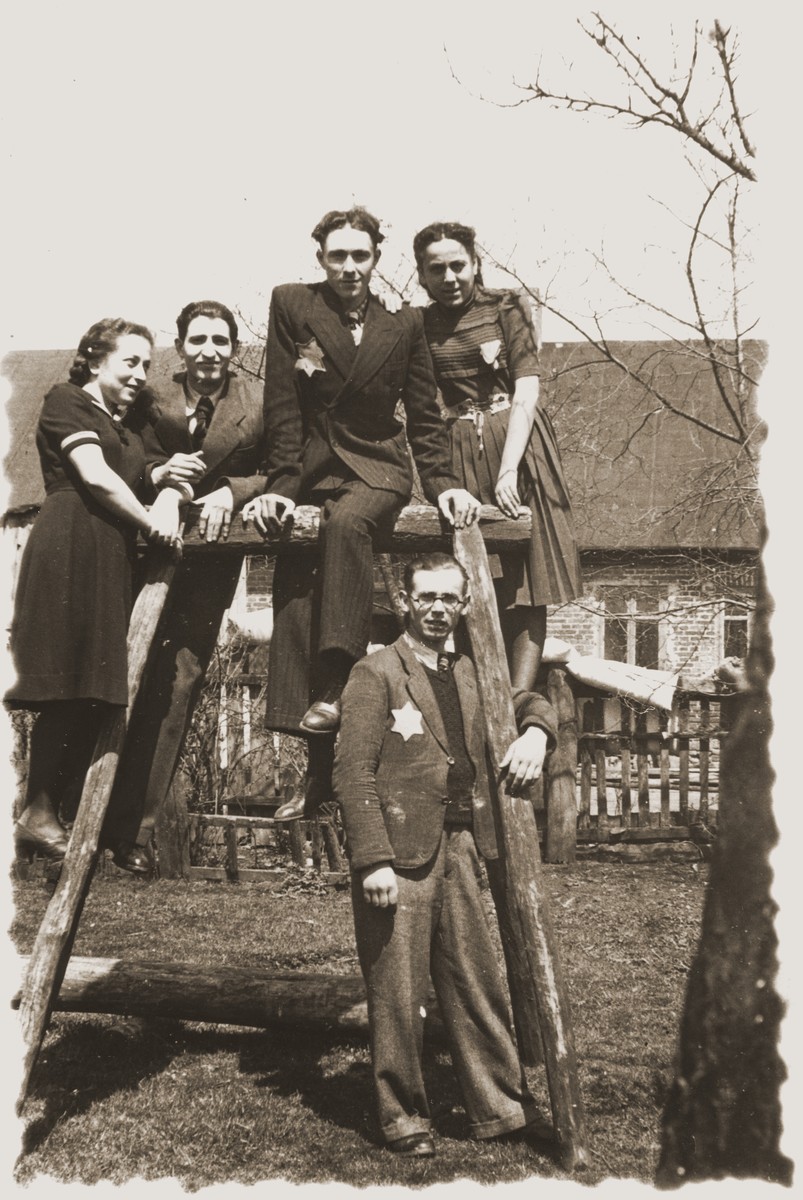 Group portrait of young Jewish men and women posing on a wooden structure in the Zelow ghetto.

Among those pictured is Moryc Brajtbard (second from the left).