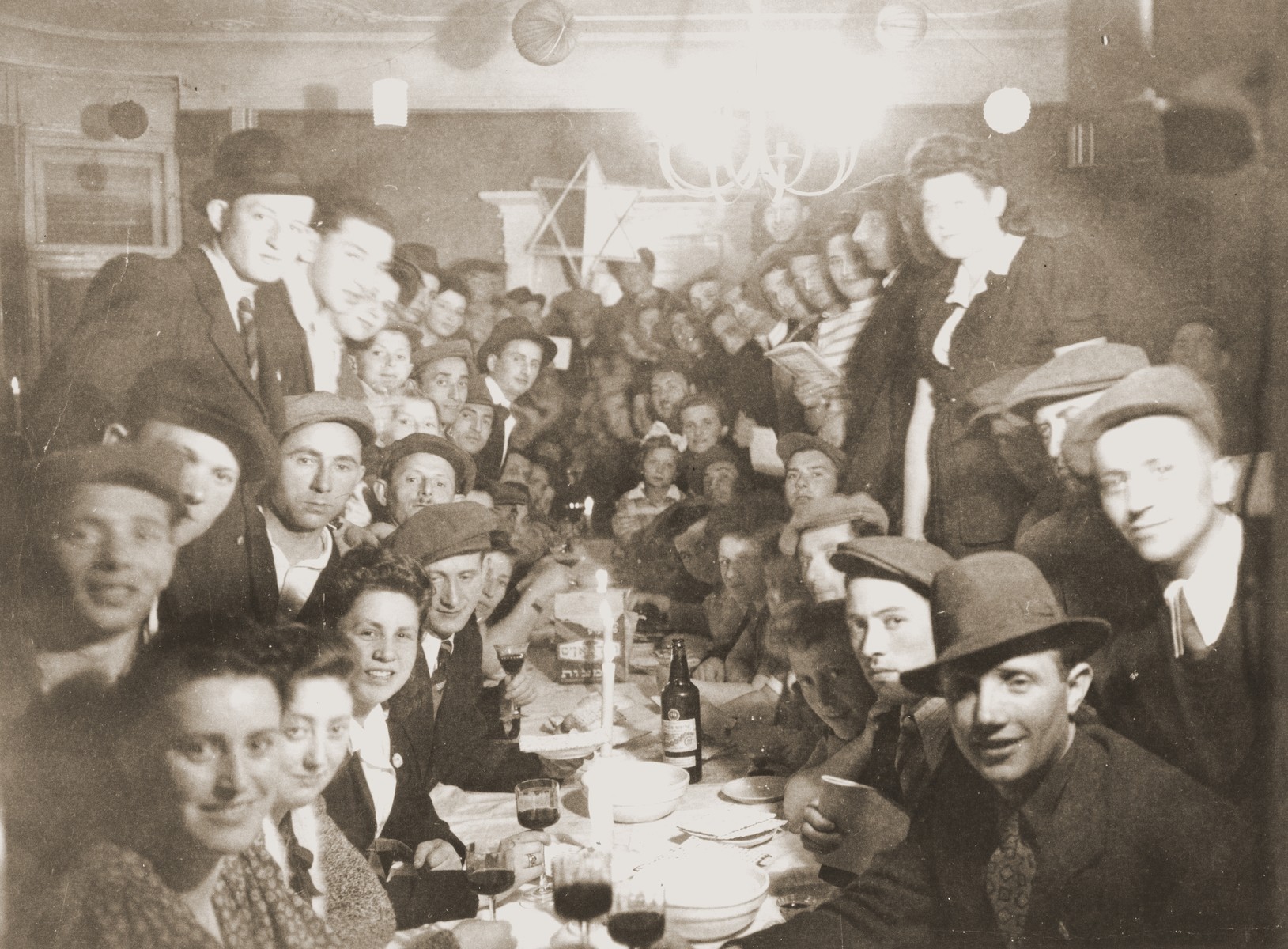 Among the attendees pictured is Marion (Gruen) Werbler, standing first from right.