Helga Frenkel is seated among her classmates in an elementary school portrait in Leipzig, Germany. 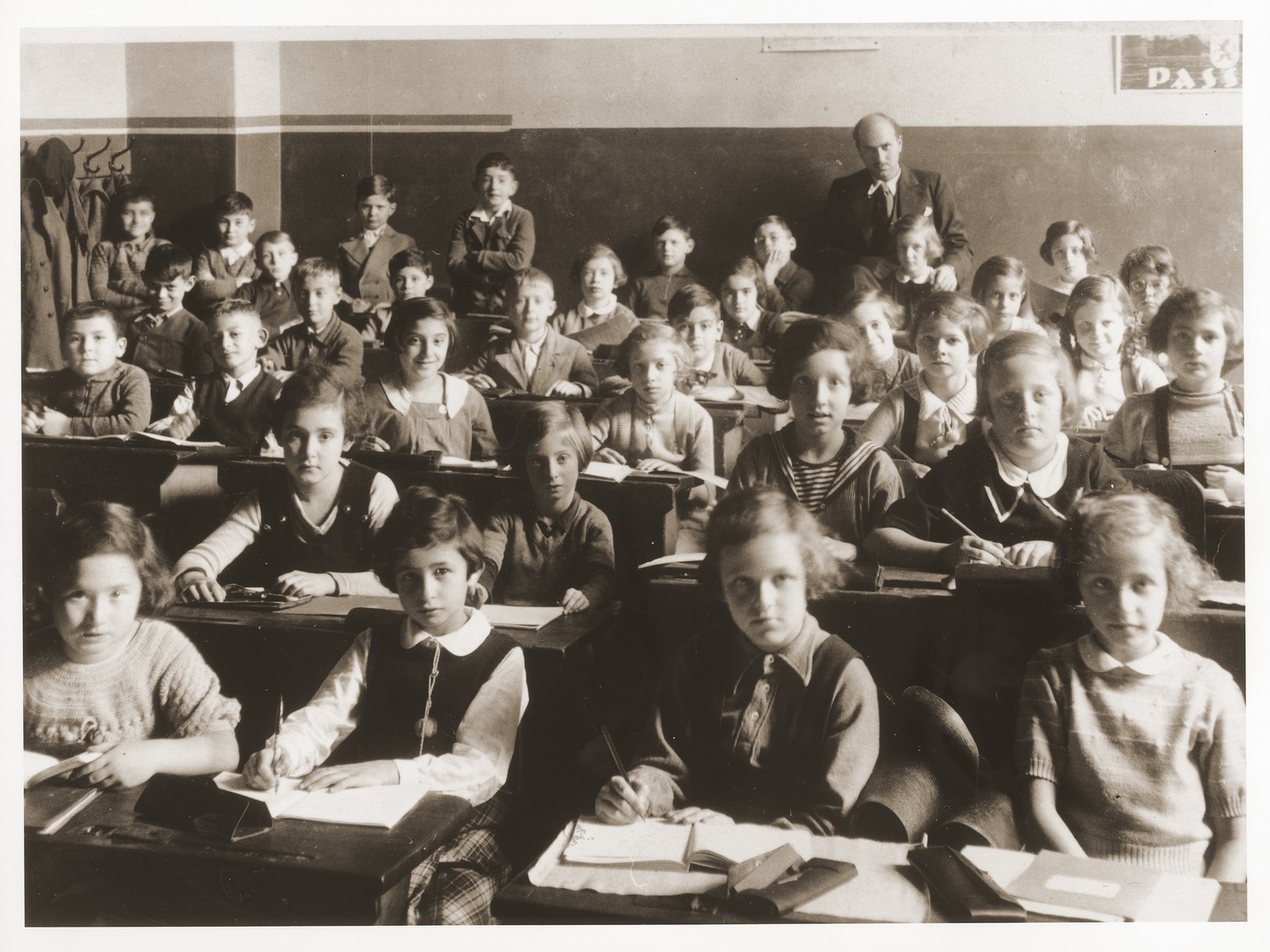 Helga Frenkel is seated among her classmates in an elementary school portrait in Leipzig, Germany.

Biography
Helga Frenkel (now Weber) is the daughter of Abraham and Frieda Frenkel. She was born on October 29, 1927 in Leipzig, Germany, where her father worked as a fur trader. She had one younger brother Edgar (b. 1929). Helga and Edgar left Leipzig on a Kindertransport to England on June 27, 1939. She attended the Storrington school at Westcliffe-on-Sea and later joined a hachshara [Zionist agricultural training farm]. Her parents perished during the war.