Dorthea and Gertrude Isaacsohn attend a dressmaking class at the ORT school in Berlin. 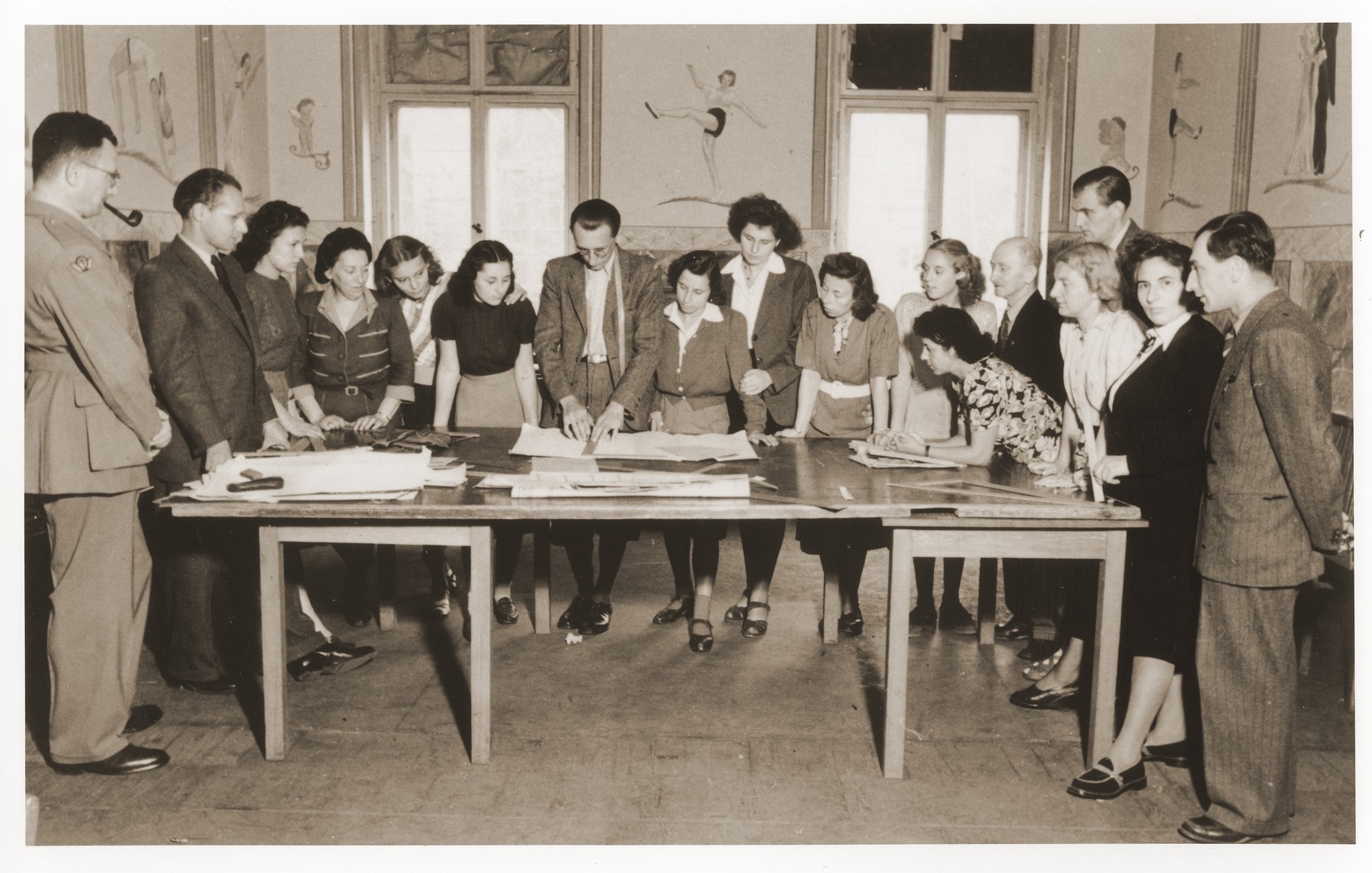 Dorthea and Gertrude Isaacsohn attend a dressmaking class at the ORT school in Berlin.

Dorthea and Gertrude are pictured third and fourth from the left.