Herbert Goldschmidt sits in his classroom in Michaelschule, where he was the only Jewish child. 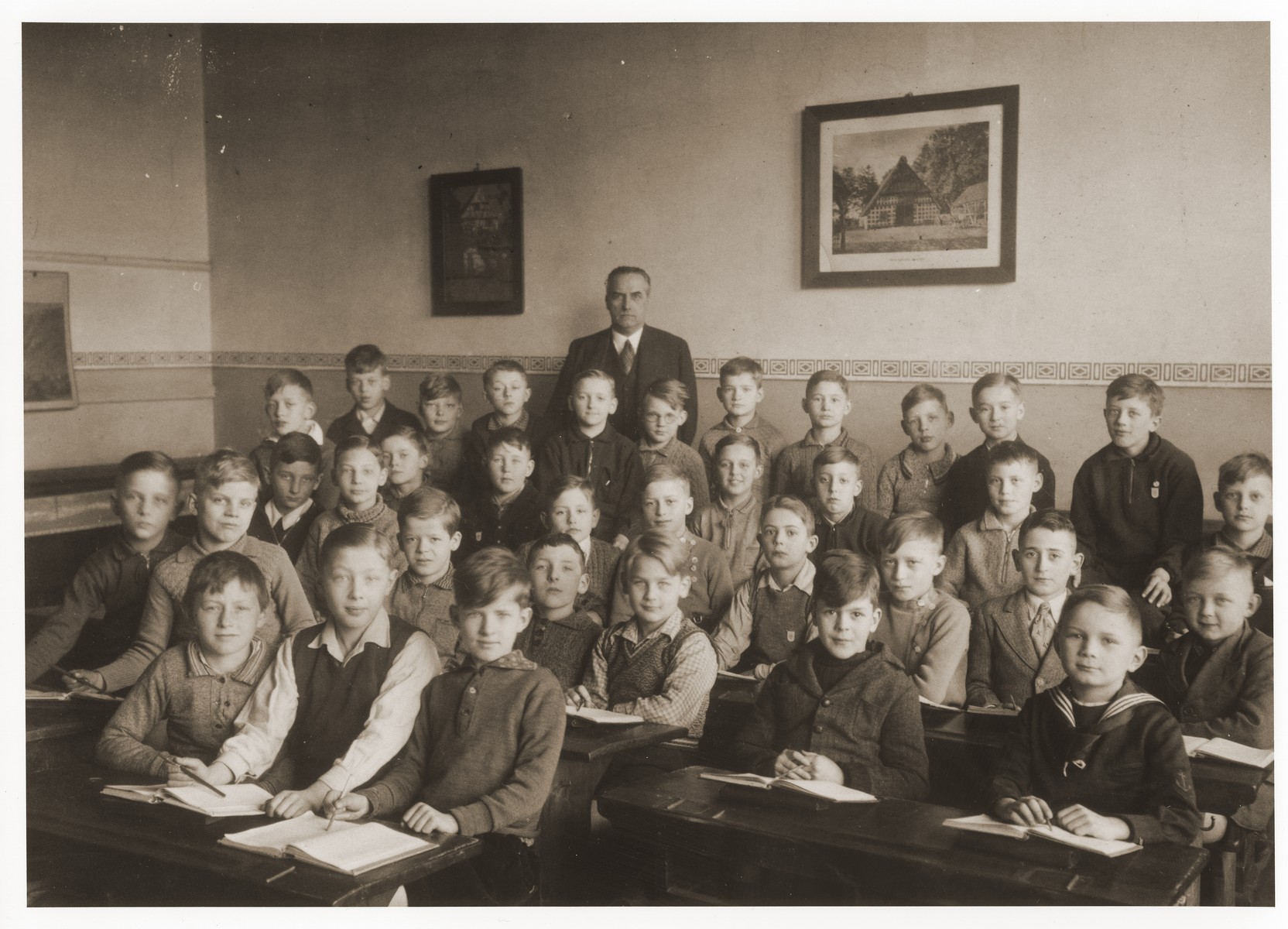 Herbert Goldschmidt sits in his classroom in Michaelschule, where he was the only Jewish child.

Herbert Goldschmidt is pictured in the third row from the front, second from the right.