Danuta Schapira (left) poses with the daughters of the town baker while in hiding in Zaklikow. 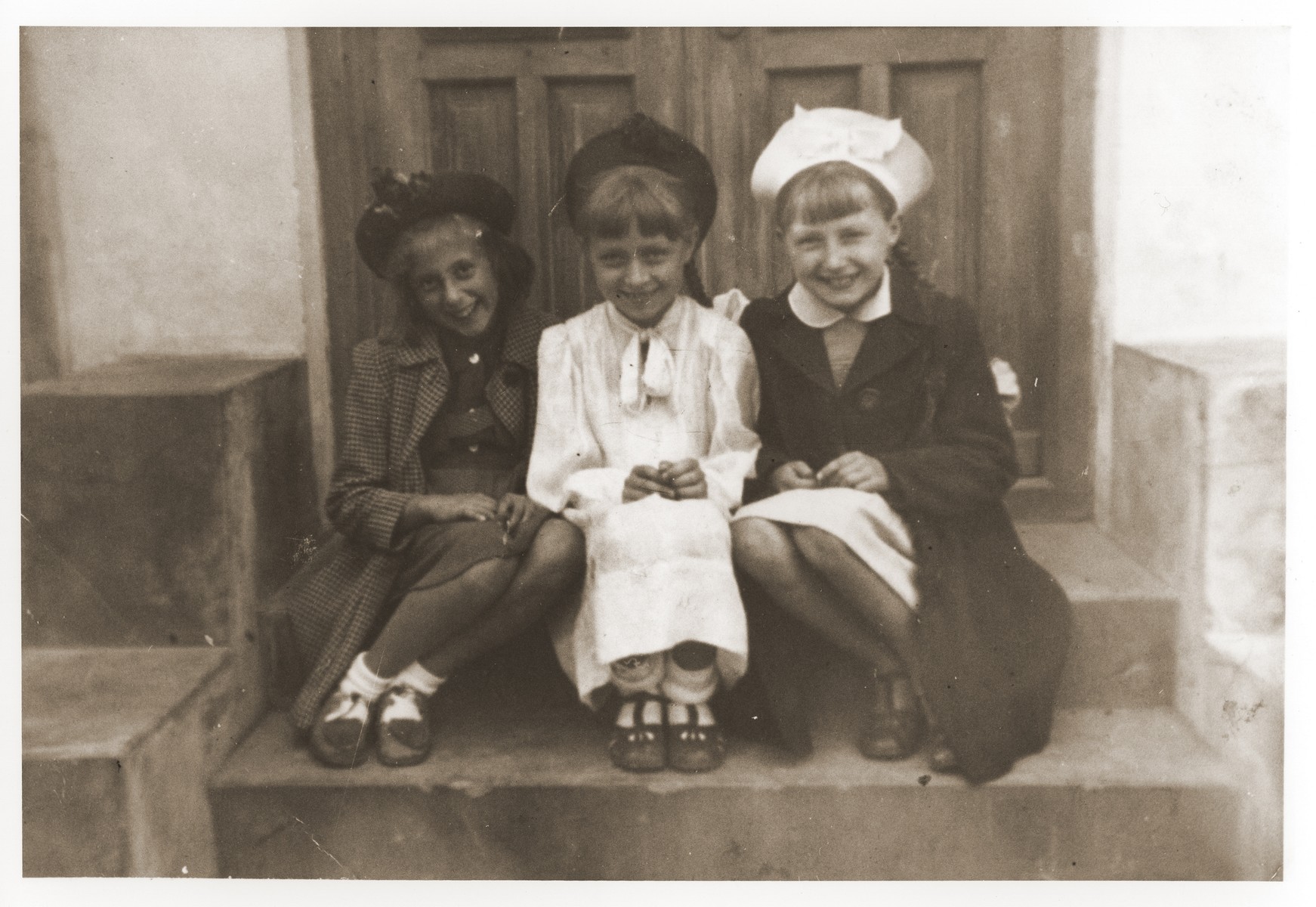 Danuta Schapira (left) poses with the daughters of the town baker while in hiding in Zaklikow.

Biography
Dana Schwartz (born Danuta Schapira) is the daughter of Ignacy and Ludwika Schapira. She was born January 30, 1935 in Lvov, where her parents worked for the National Lottery. In the fall of 1941 German officers confiscated the Schapira home. The family was given 30 minutes to leave and find new housing in the ghetto. They moved into an unheated, one-room apartment that they shared with Danuta's uncle, grandmother and another older woman. During a deportation action in 1942 they all hid in various parts of the apartment house. The two older women were discovered, however, and were sent to the Janowska concentration camp, and from there to Belzec. Soon after, Danuta's father paid a local farmer to hide her and her mother. They departed only two weeks before the June 1942 liquidation of the ghetto. The farmer took Danuta and her mother to the home of another farmer named Gotner in the village of Zaklikow, who was not informed of their Jewish identity. As an educated, urban woman, Ludwika was not obligated to be a practicing Catholic, but Danuta regularly attended church with the farmer. She had some familiarity with Christian rituals having gone to church with her nanny before the war. Gotner rented out his barn to Ludwika and Danuta to sleep in. Ludwika had to trade her clothing, watch and engagement ring to a local baker for a daily ration of bread and whey. Danuta befriended the baker's daughters and was allowed to play with them. Once a former Jewish neighbor of Gotner knocked on the door seeking medical help for his injured son. Gotner promised to find a doctor but instead informed on him to the Germans in exchange for 2 kilos of sugar. While living in Zaklilow, Danuta and Ludwika also witnessed the round-up of the Jewish community. The Jews were locked up without provisions in the synagogue prior to their deportation to the Majdanek death camp. Towards the end of the war Ludwika found new housing near the edge of the village. After their liberation by Soviet troops, Danuta and her mother returned to Lvov, where they learned that Danuta's father had been shot to death in Janowska and her uncle had died of exhaustion after being forced to run from one end of the camp to the other until he collapsed. Danuta and Ludwika stayed in Poland for a year before going to Sweden. From there they applied for visas to the U.S. While waiting for their papers to come through Ludwika worked in a post office in Stockholm and Danuta attended school for the first time in her life. In 1949 they immigrated to the United States. Three years later Ludwika died, leaving Danuta bereft of family. She was then taken in by a Mr. Safier, who had been the owner of the Polish National Lottery where her parents had worked before the war. Danuta returned to Zaklikow as an adult and repurchased her mother's ring.