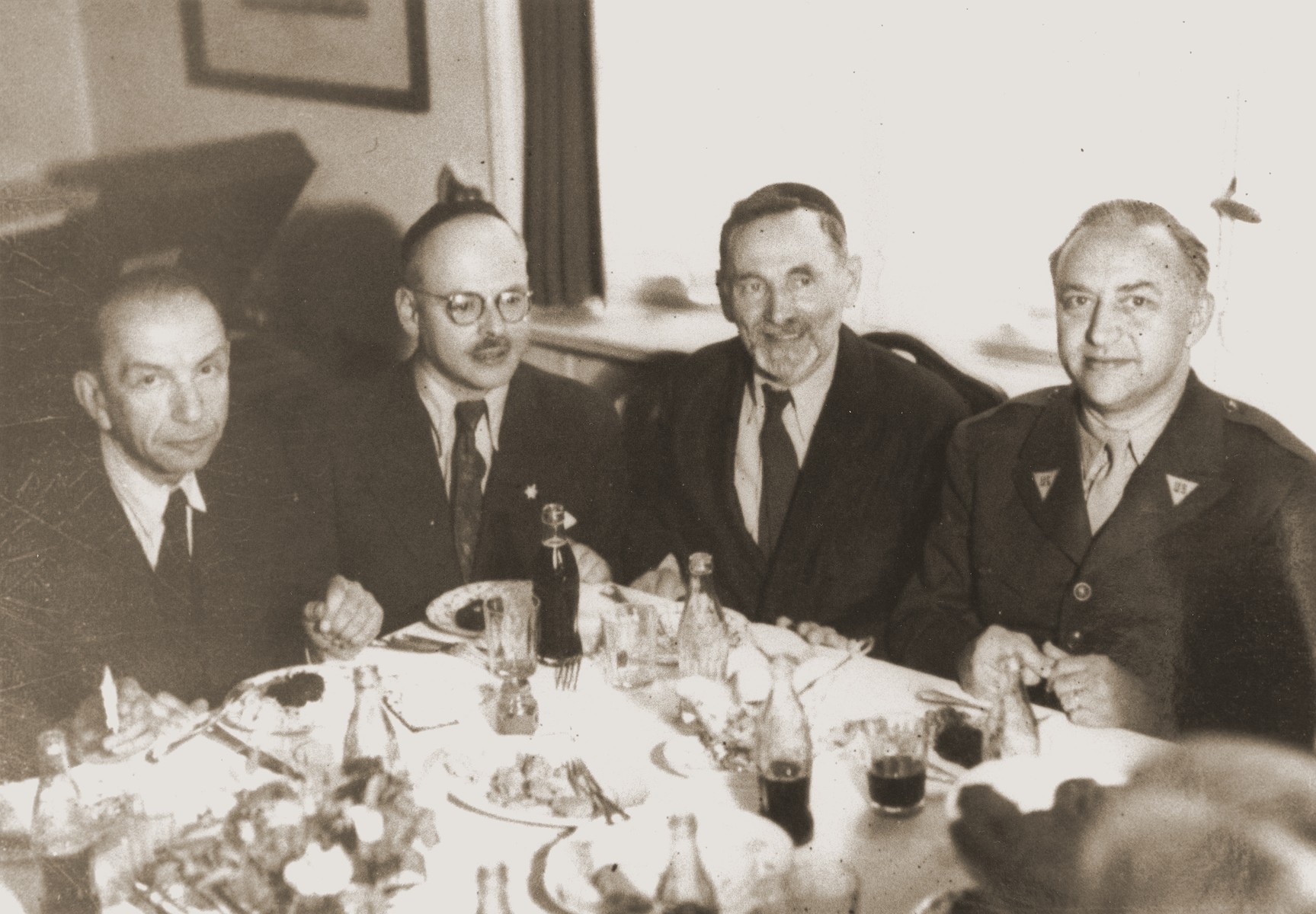 Also pictured is Erich Nelhaus (second from the left), head of the Berlin Jewish community.