Nahum Goldmann, chairman of the executive council of the World Jewish Congress, is led on a tour of the Lampertheim displaced persons camp. 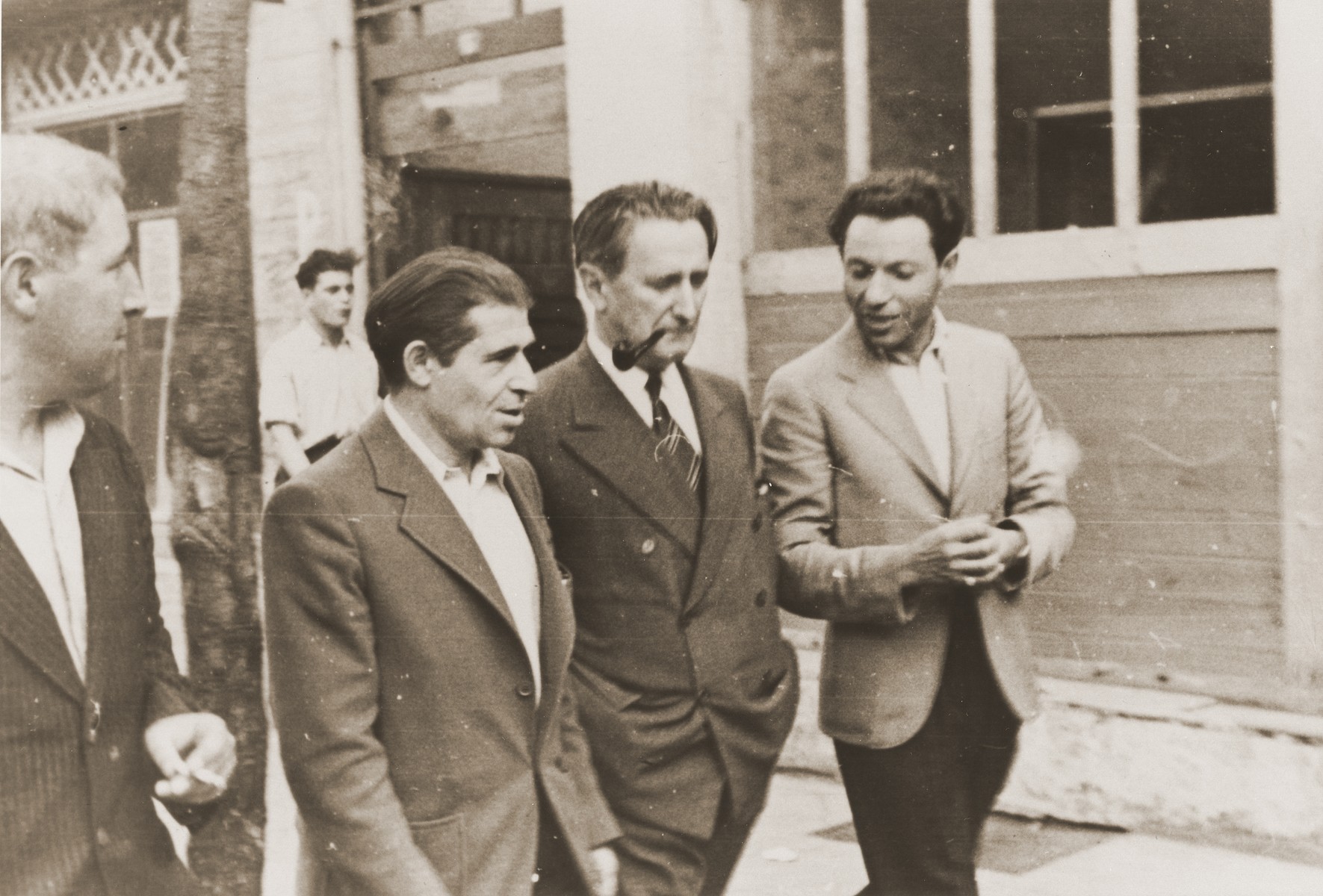 Nahum Goldmann, chairman of the executive council of the World Jewish Congress, is led on a tour of the Lampertheim displaced persons camp.

Meyer Brumberg is walking next to Goldmann on his left.