Alicja Fajnsztejn (right) poses with two friends on a balcony of a building in the Foehrenwald displaced persons camp. 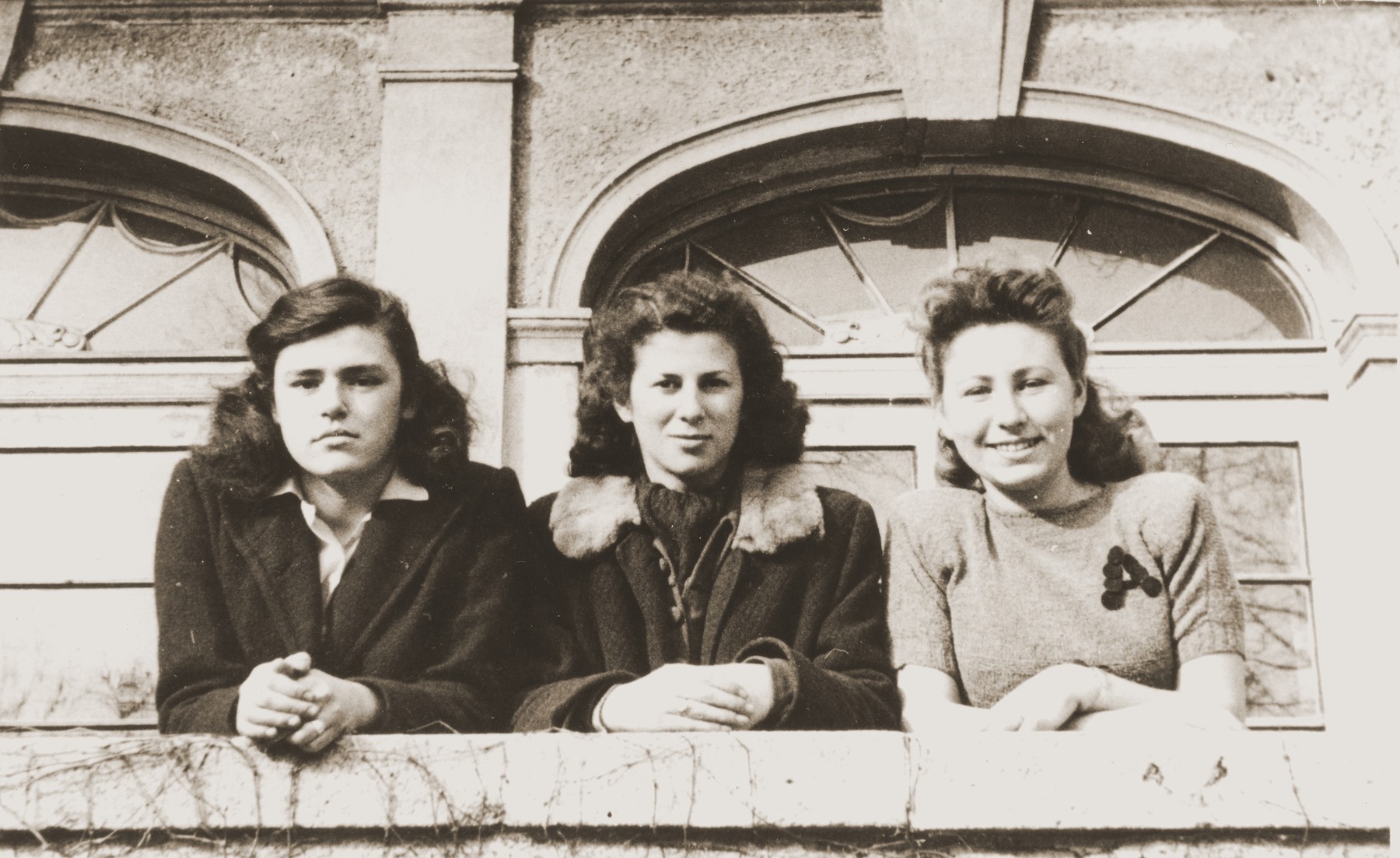 Alicja Fajnsztejn (right) poses with two friends on a balcony of a building in the Foehrenwald displaced persons camp.

Halina Bentley is in the center.