A children's performance at a kindergarten in Erfurt. 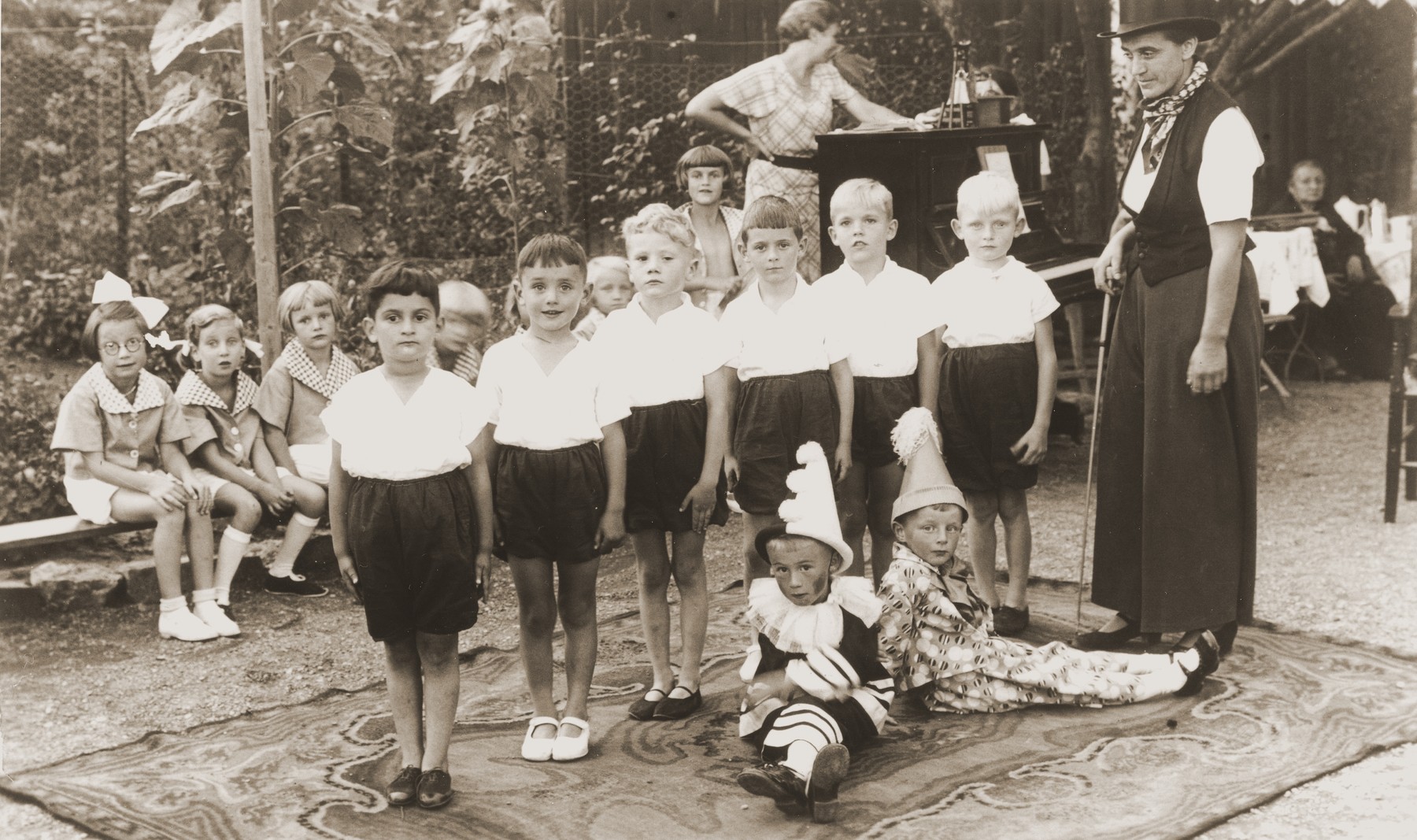 A children's performance at a kindergarten in Erfurt.

Among those pictured are Lore Dublon (seated second from the left) and Peter Heimann (the first boy on the left). The kindergarten was operated by Frau Topf.

Biography
Willi and Erna Dublon and their two daughters, Lore (b. 1927) and Eva (b. 1933), lived in Erfurt, Germany, where Willi owned Salamander Schuhe, a local shoe store. In 1938 the family applied for visas to the U.S. Knowing there would be a long wait, they booked passage to Cuba, where they could live in safety until their American visas came through. They sailed to Cuba on board the MS St. Louis in May 1939 along with Willi's brother Erich. When the ship returned to Europe, the family disembarked in Belgium where Erna had relatives. Erich Dublon was deported to Auschwitz on August 8, 1942, where he was killed a few weeks later on September 3. Willi Dublon and his family were deported to Auschwitz on January 15, 1944. All of them were killed.