Group portrait of students and teachers at the Saint Jan Berchmans convent school in Maaseik. 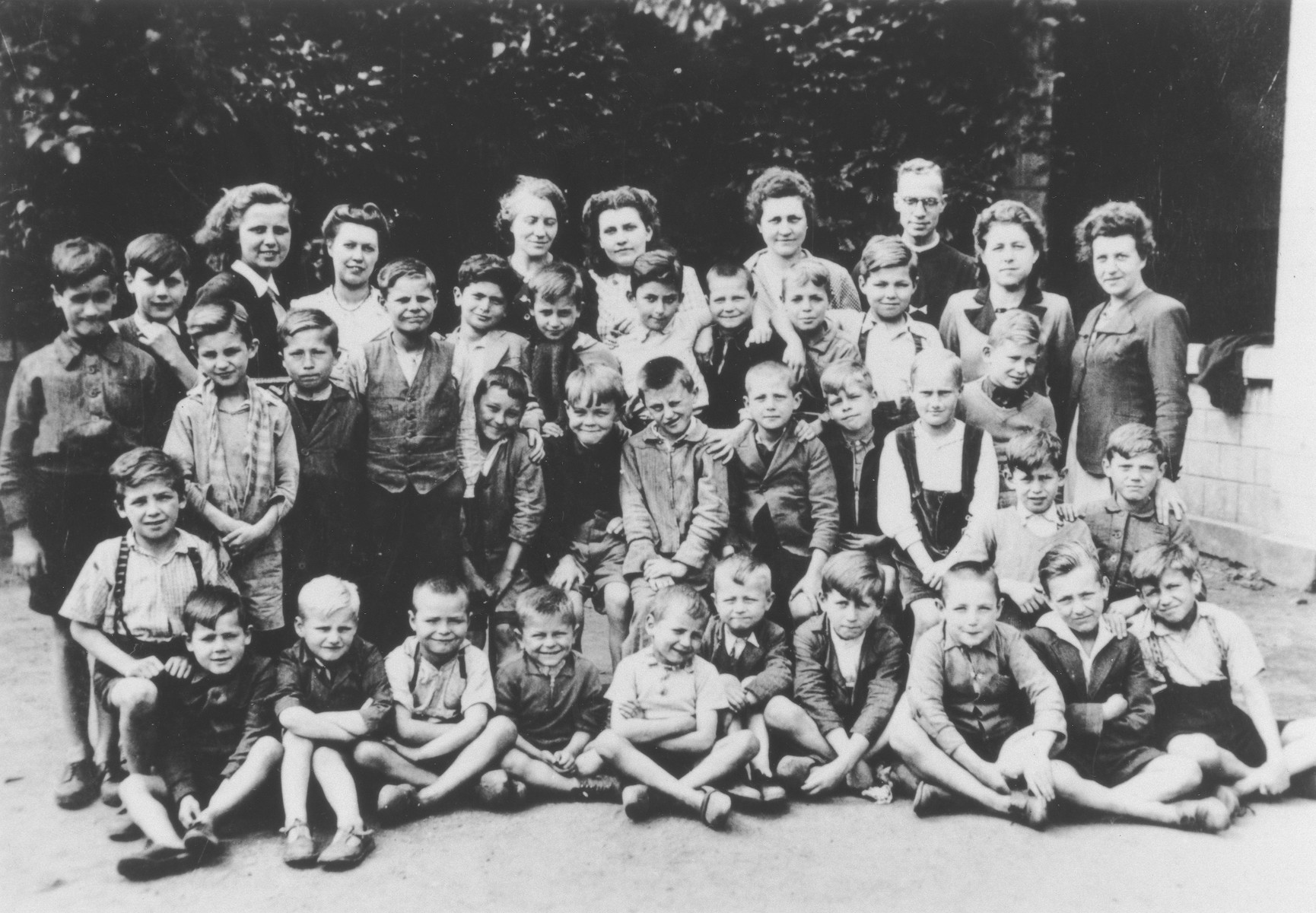 Group portrait of students and teachers at the Saint Jan Berchmans convent school in Maaseik.

Among those pictured are Jack Goldstein (third row from the bottom, right side) and his twin brother Bruno (in front of Jack), who are living in hiding at the convent.

Biography
Rachel Lea Silberman was born in Brussels, Belgium on June 16, 1939. Her parents Alter and Sabina Silberman were milliners who came to Belgium in the 1920s from Tarnow, Poland. Rachel's older brother Jacques was born on November 17, 1932. On the heels of the German invasion, the Silberman family fled to France in the hope of being evacuated to Dunkirk with the British troops. When they learned that no civilians would be included in the evacuation, they returned to Brussels. In 1942 Alter and Sabina went into hiding in their own apartment, but first removed all the furniture to give the appearance that it was uninhabited. They hid the children elsewhere. In July 1942 Rachel and Jacques were placed in a Protestant orphanage in Uccle along with their cousins. They remained there until March 1943, when another child ran away from the orphanage and threatened to denounce all the Jewish children. The orphanage immediately sent all the Jewish children home. Alter and Sabina kept Rachel with them only until they could find another safe hiding place. They contacted Father Bruno who arranged for her to go to a nursery in the Couvent des Soeurs Franciscaines in Bruges. Rachel stayed there until September 1944 under the false name of Lily Willems. Jacques was hidden in a series of four places also secured by Father Bruno. After the war Rachel was returned to her parents. The entire family immigrated to the United States in September 1950. Several years later Rachel married Jack Goldstein, a fellow survivor who shared many of the same wartime experiences. His family had also tried to join the Dunkirk evacuation, and he, too, had been hidden in a Belgium convent with the help of Father Bruno. Jack and his twin brother Bruno spent the war in the convent Saint Jan Berchmans in Maaseik.