A large crowd of demonstrators protesting against British policy in Palestine, fills Trafalgar Square in London. 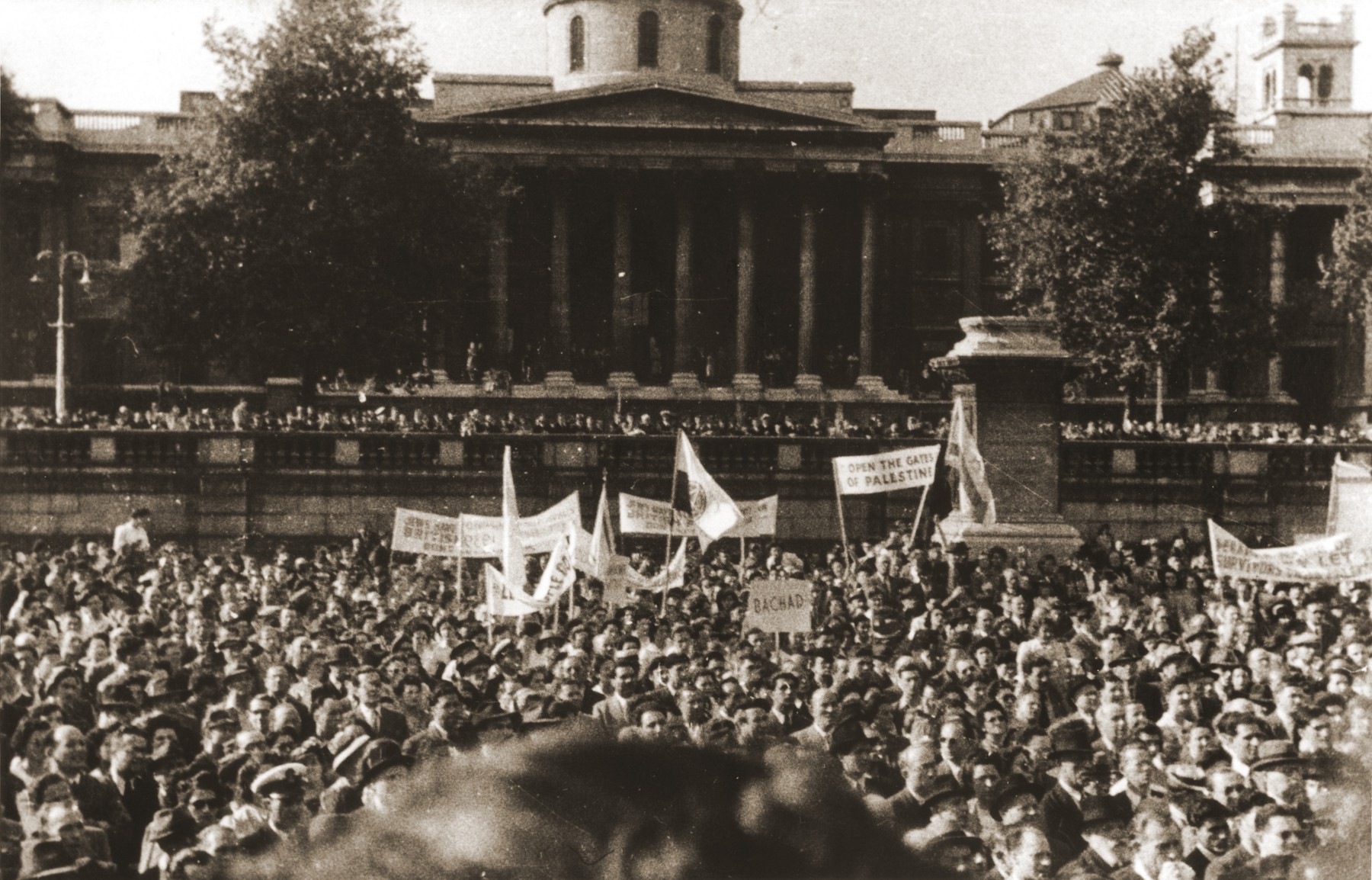 A large crowd of demonstrators protesting against British policy in Palestine, fills Trafalgar Square in London.

Among the demonstrators are members of the orphans transport to England.