Jewish DPs pose around a cow in a hachshara in Prebitz. 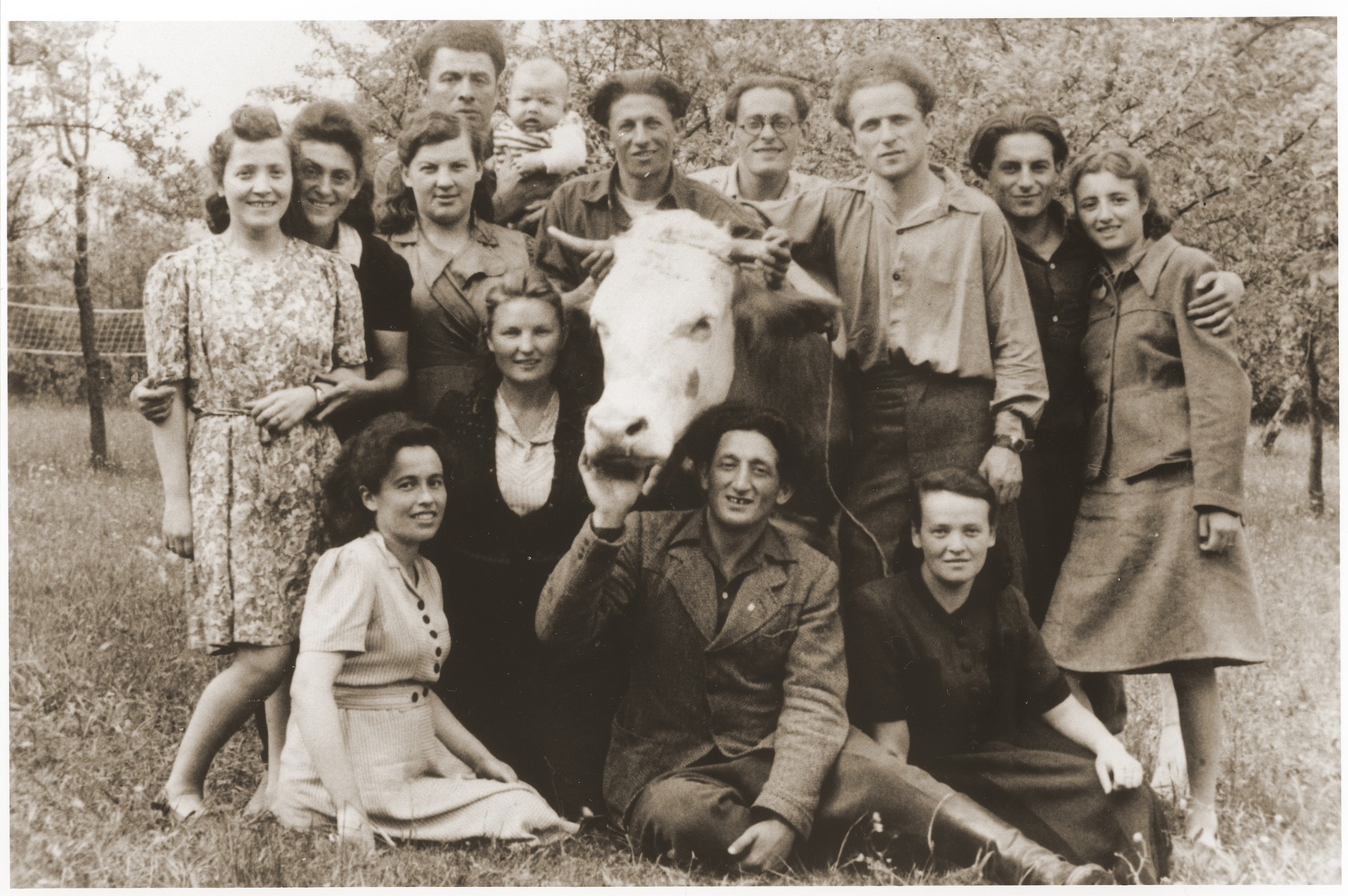 Jewish DPs pose around a cow in a hachshara in Prebitz.

Included in the photograph are Maria and David Bajtner.

Event History
Prebitz Dati was a kibbutz hachshara 25 kilometers from Bayreuth in the district of Bamberg. It was in operation from 1946 to 1947. In August 1947 it merged with Kibbutz Prebitz Nocham.

https://www.ushmm.org/wlc/en/article.php?ModuleId=10005462.
Biography
David Beitner (born David Bajtner) is the son of Leon and Frajdla (Korzuch) Bajtner. He was born June 12, 1926 in Strzemieszyce, Poland, where his father was a merchant. David had five siblings: Josek (b. 1923), Szymon (b. 1928), Elchanan (b. 1930), Genia Gitl (b. 1925) and Ester Mirjam (b. 1935). During the German occupation the family lived in the local ghetto. David was deported on April 20, 1941 to the Mechtal labor camp (Upper Silesia) near Bytom. Nine months later, in January 1942, he was transferred to the Sakrau labor camp (Upper Silesia), where he worked building a section of the Autobahn. In September 1942, he was transferred again to the Merzdorf(?) labor camp, where he worked in a flax mill. The following year, in September 1943, he was sent to the Goerlitz camp, where he worked in the wagon and machine factory. In the fall of 1944 he was transferred to the Faulbrueck labor camp (Lower Silesia), and then to the Sportschule Reichenbach (also known as the Langenbielau in Lower Silesia), where he was liberated by the Soviets on May 9, 1945. After the war David went to the Landsberg displaced persons camp, where he met his future wife, Maria Zisla Immerglik. Only two other members of David's immediate family survived. His father, who had been interned in the Blechhammer labor camp, survived the death march following the evacuation of the camp. His sister Genia was liberated from Bergen-Belsen. The rest of his family was killed in Auschwitz.