Portrait of Mordka Cederbaum with his son-in-law Dawid Kopelman and grandson Majer. 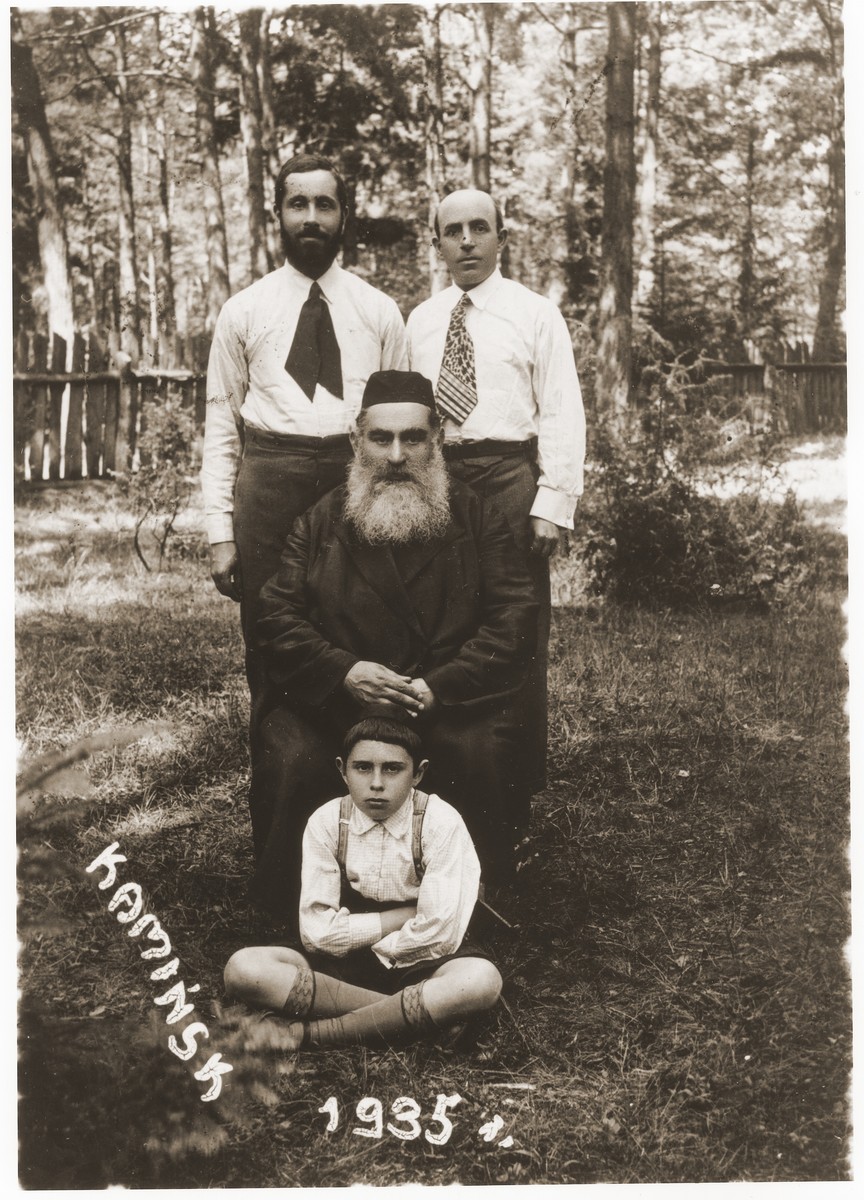 Portrait of Mordka Cederbaum with his son-in-law Dawid Kopelman and grandson Majer.

Biography
Regina Kopelman (born Renia Kniker) is the daughter of Emanuel and Sonia Lifszyc Kniker. She was born on February 9, 1923 in Lodz, Poland where her father, worked in a textile factory. Renia had three siblings Dasza (b. 1921), Romek (b. 1925) and Leon (b. 1926). In 1940 Renia's family was forced into the Lodz ghetto, where her father died on November 13, 1942. Renia worked for a time in Marysin and later as a clerk in the Judenrat. In August 1944 her entire family was deported to Auschwitz. Her mother was murdered on arrival, but Renia and her siblings were selected for forced labor. After a few weeks, Renia was transferred to a factory camp in Guben, Germany. In January 1945 she was transferred to Bergen-Belsen, and in April 1945 she was placed on a death march. Renia was liberated by the British on April 15, 1945. Subsequently, she and her sister Dasza were transferred to a hospital in Malmo, Sweden for medical care. Dasza died there on September 19, 1945. Renia stayed on and married Josef Symcha Kopelman on February 1. 1948.
Josef Symcha Binem Kopelman was born on January 12, 1911 in Warsaw Poland. His father, Abram Mordka Kopelman worked in a factory and his mother Zlata Rywka Rotenberg Kopelman, who was related to the Gerer rebbe, had nine children: Izhak Arie (b. 1886), Dawid (b. 1888), Szlojme (b. 1890), Jonasz (b. 1892), Zosia Zisl (b. 1894), Pinkus (b. 1900). Dorka (b. 1905), and Chana Zisl (b. 1917). In 1918 the family moved to Piotrkow Trybunalski, and Zlata died six years later. In 1927 Joseph Symcha went to Berlin, Germany where he worked for the AEG factory. He lived there for nine years, but in 1936 he was expelled back to Poland. He settled in Lodz, and in 1937 he married Zisla Rozanska (b. 9/8/12). Their son Hirsz Aron was born later that year on November 27, 1937. In September 1939 Josef Symcha was taken as a POW to Stalag 8A in Goerlitz. Using false identification papers and posing as a Pole, he returned to Lodz and was reunited with his wife and son. In 1940 they were forced into the Lodz ghetto where Josef Symcha worked first as a Jewish policeman and later in the electrical workshops maintaining streetcars. On September 1942 the Germans deported Zisla and Hirsz along with nearly 20,000 children, elderly and infirm to Chelmno where they were gassed. Josef Symcha was deported to Auschwitz on August 30, 1944 and put into the Strafcommando (Punishment Company). After one month he was transferred to Altenhammer, a subcamp of Flossenbuerg and later to Dora-Mittelbau where VI and VII rockets were produced. On April 1, 1945 the Germans evacuated the camp and transferred the prisoners to Bergen-Belsen. Josef Symcha was liberated by the British on April 15, 1945 and sent to Sweden for medical care where he met and married Renia Kniker.