Portrait of Jack Dresner dressed as a hasid for Purim. 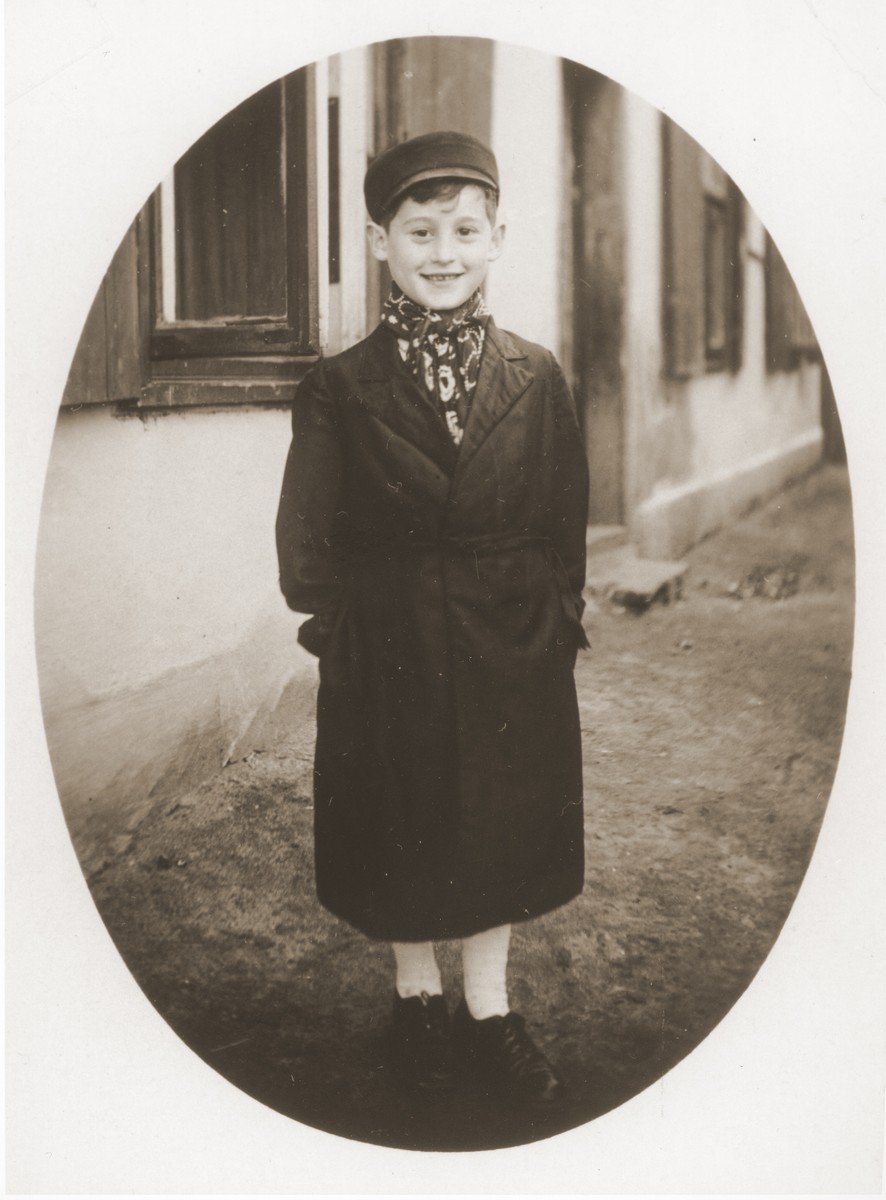 Portrait of Jack Dresner dressed as a hasid for Purim.

Biography
Jack Dresner is the son of Icek and Sura (Djament) Dresner. He was born September 23, 1927. The Dresner family was deported from Paris on June 20, 1942. They all perished in Auschwitz.

Szlama Kleiner is the son of Hersz-Lejb and Mala (Dresner) Kleiner. He was born on September 15, 1918 in Lazy, Poland, where his father was a tailor. He had four siblings: Abram (b. 1914); Mendel (b. 1916); Cesia (b. 1923) and Doba (b. 1926). In November 1940 Szlama was arrested by the Germans and sent to a series of forced labor camps, including Auenrode, where he worked for the Grün und Bilfinger company building the autobahn; Dörfles, where he worked in a brick factory; Flössing; Anhalt bei Chelm Wielki, where he cut wood; Fürstengrube Myslowice, a sub-camp of Auschwitz, where he worked in the mines; Gröditz, a sub-camp of Flossenbürg, where he worked for Mitteldeutsche Stahlwerke; Faulbrück, a sub-camp of Gross Rosen; and Reichenbach. Szlama survived and was liberated by the Soviets on May 8, 1945. He returned immediately to his hometown, where he discovered that all but his sister Doba had perished. His parents and brothers were killed in Auschwitz in 1943, and his sister Cesia perished in Bergen-Belsen. After a brief stay in Lazy, Szlama went back to Germany, where he lived in the Bergen-Belsen displaced persons camp. On August 31, 1947 he immigrated to Sweden, where he married Nacha Weisfuss two years later. Nacha was born May 6, 1918 in Sosnowiec, Poland. In 1941 she was deported to the Flössing labor camp and then transferred to Peterswaldau, where she was liberated by the Soviets on May 8, 1945.