Group portrait of male prisoners at the Gurs internment camp. 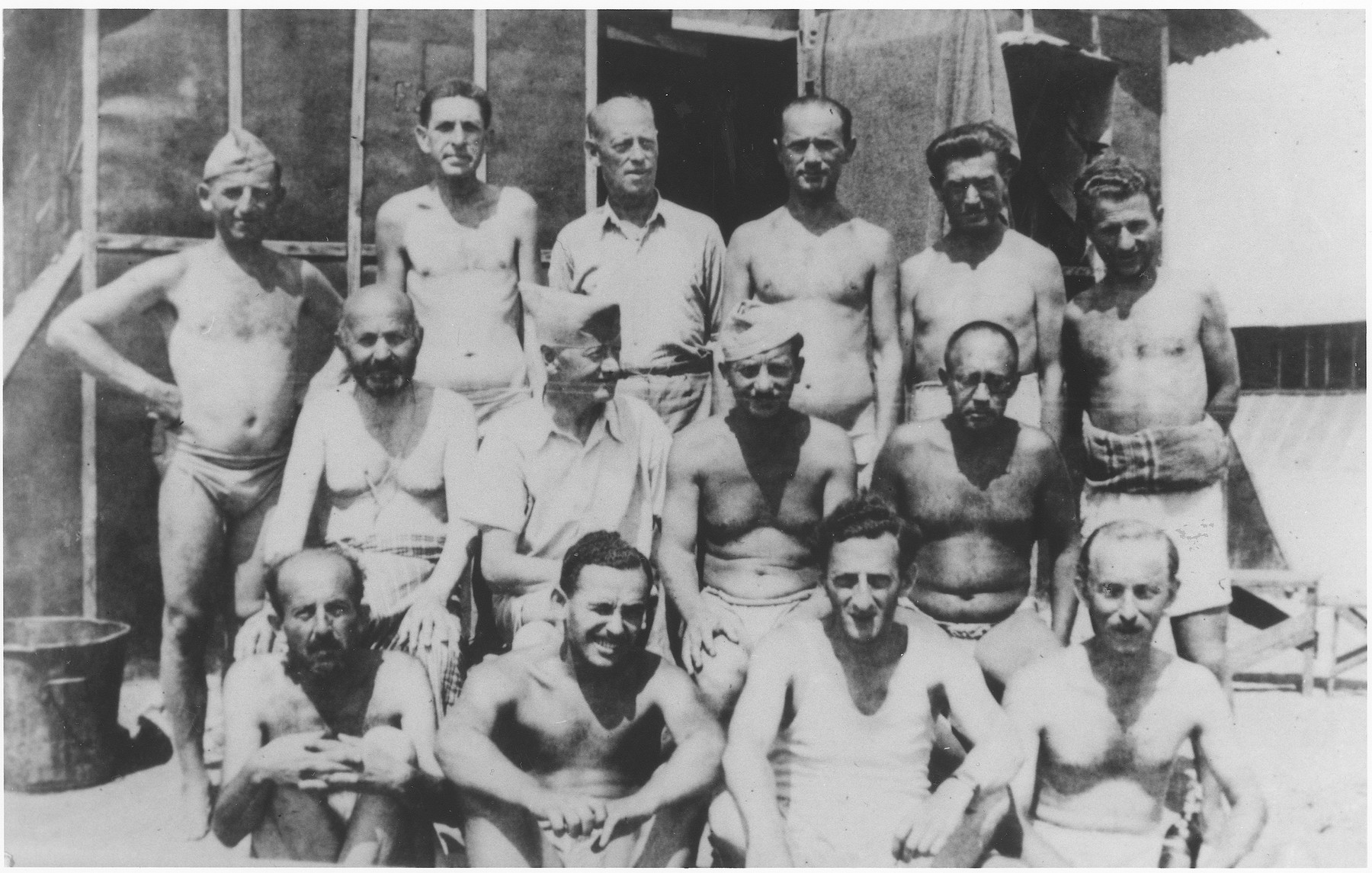 Group portrait of male prisoners at the Gurs internment camp.

Among those pictured is Rudolf Goldreich (middle row, second from the left), a former passenger on the MS St. Louis.

Biography
Irene (Goldreich) Friedlieb is the daughter of Rudolf and Rose Goldreich, who lived in Vienna in the interwar period. Eleven months after the annexation of Austria, on February 15, 1939, Irena immigrated with her husband to the United States and arranged for her parents to follow. Rudolf and Rose booked passage on the MS St. Louis that sailed to Havana in May 1939. After the ship was forced to return to Europe, they disembarked in Belgium where they were met by their in-laws. The Goldreichs applied for visas at the American consulate in Brussels and rented an apartment there while they waited for their number to come up. During this period, however, Germany invaded Belgium. Rudolf was subsequently detained as an enemy alien and sent to southern France where he was interned in Gurs. No one in the family knew of his precise whereabouts until a letter he wrote reached Irene in the United States. She immediately informed her mother in Brussels, who left for France to find him. Rose found lodging in a small town near Gurs. There she found work sewing, and with her ration card, was able to bring food to Rudolf in the camp. Later, Rose was able to get him transferred to Les Milles where conditions were better. On a trip to Marseilles to check on the status of their American visa applications, they were told that the consulate was closed for the summer. The Goldreichs pursued their immigration efforts by writing to Eleanor Roosevelt. Shortly thereafter they were told to pick up their visas. From Marseilles, the Goldreichs travelled to Spain, where they booked passage to America on a freighter. They arrived in the United States in 1941 and were reunited with their daughter in Milwaukee.