The Goldberg and Kamelgarn children pose on a swing set in a park in Luxembourg, where they were vacationing. 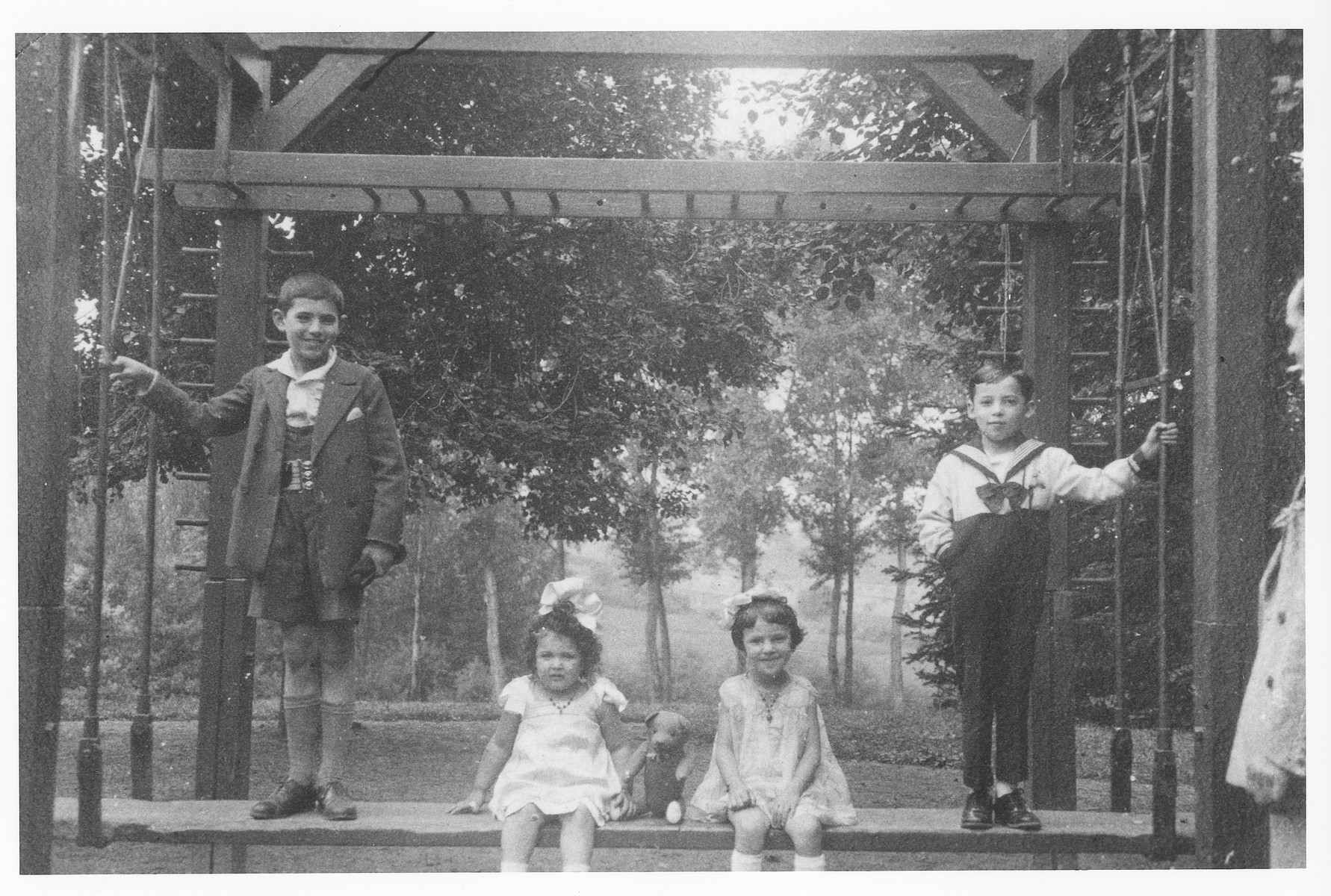 The Goldberg and Kamelgarn children pose on a swing set in a park in Luxembourg, where they were vacationing.

From left to right are Leon, Rose Goldberg, and Leah and Richard Kamelgarn.