Women learn to sew in an ORT workshop in the Feldafing displaced persons camp. 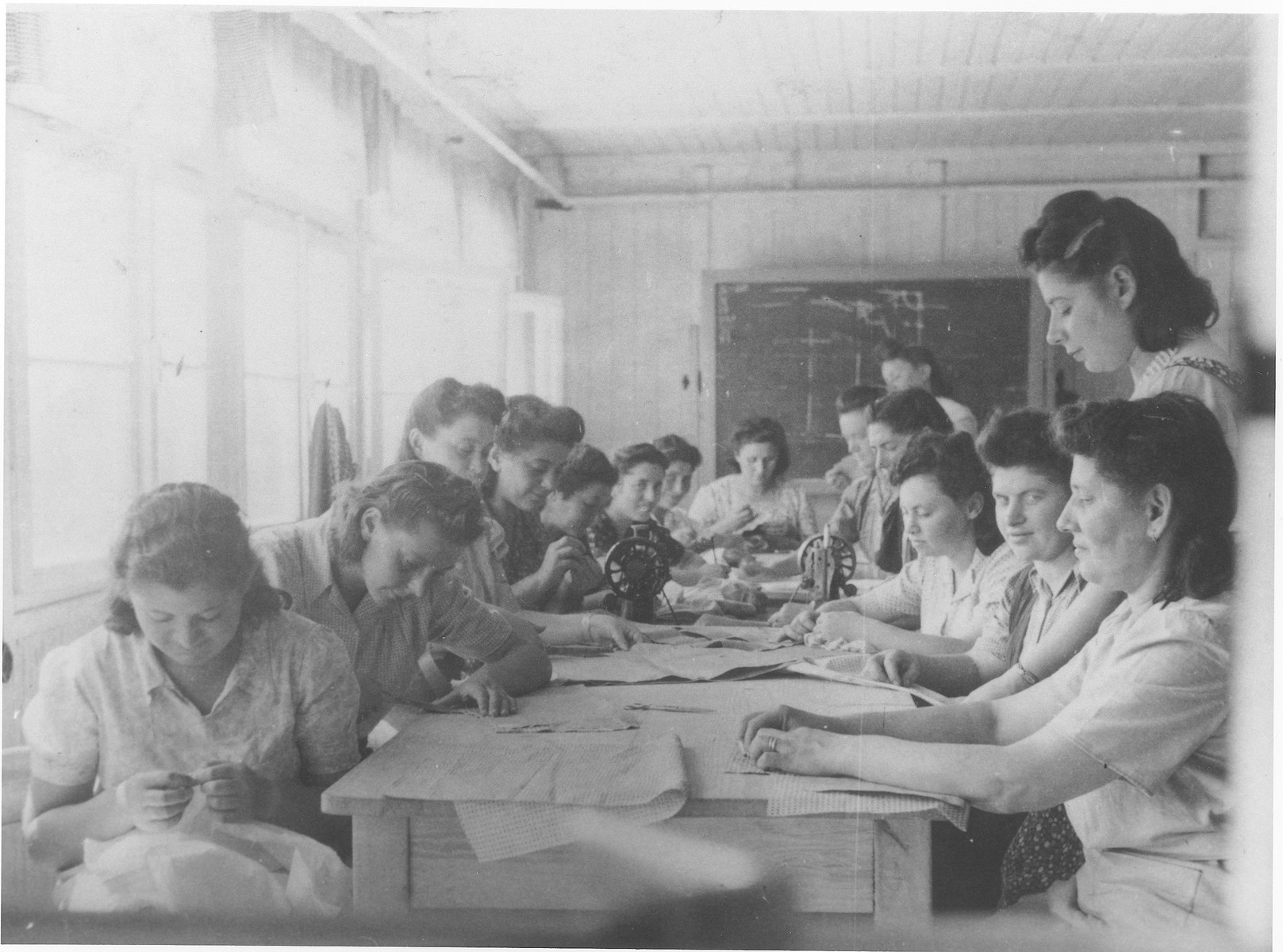 Women learn to sew in an ORT workshop in the Feldafing displaced persons camp.

Among those pictured are Zlata (Distel) Malcmacher (seated third from the right) and Chaya Zarenbrok (seated at the front left).