Color drawing of General Edouard de Colberg in the window of a house, created by Hans Ament, a Jewish refugee child living in the children's home in Izieu. 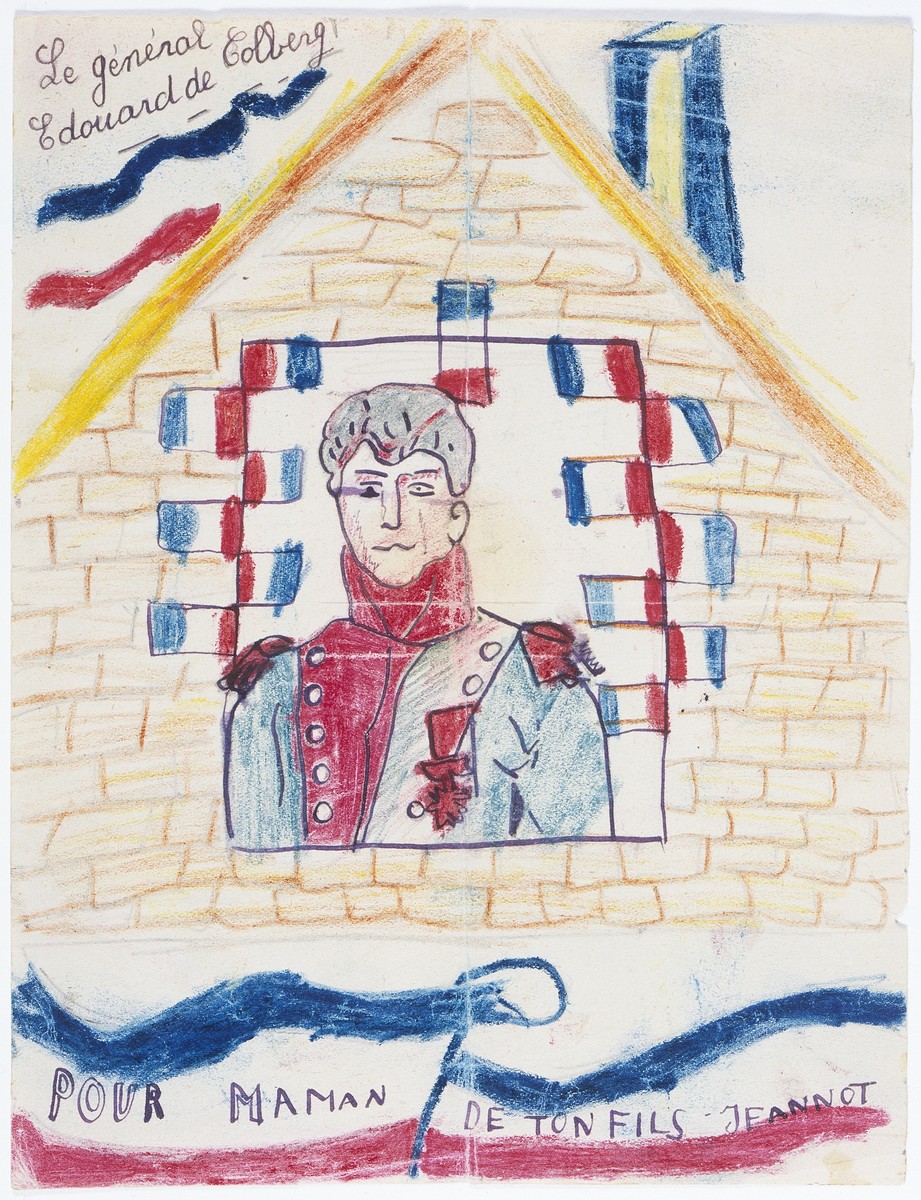 Color drawing of General Edouard de Colberg in the window of a house, created by Hans Ament, a Jewish refugee child living in the children's home in Izieu.

The drawing is captioned, "For Mama, from her son Jeannot." Ernestina Ament, who, stricken with tuberculosis, was confined to a sanatorium in Hauteville near Izieu.

Biography
Hans Ament was the son of Max Ament from Sanok, Poland and Ernestina (Reisz) Ament from Budapest. He was born in Vienna on February 15, 1934. The family left Austria for Belgium in 1939 and planned to emigrate to America. On March 22, 1940 Max was issued an American visa, but the family had to flee Belgium before he could pick it up. The Aments made their way to France. Max was deported on March 4, 1943 on convoy #50 from Drancy to either Sobibor or Majdanek, where he perished. On March 23, 1943 Ernestina entered the sanatorium L'Esperance in Hautville near Izieu suffering from tuberculosis; she died on August 7, 1944. Hans Ament was deported on May 30, 1944, in convoy #75. His brother, Alfred, who was six years older, was smuggled by the OSE into Switzerland and survived the war.