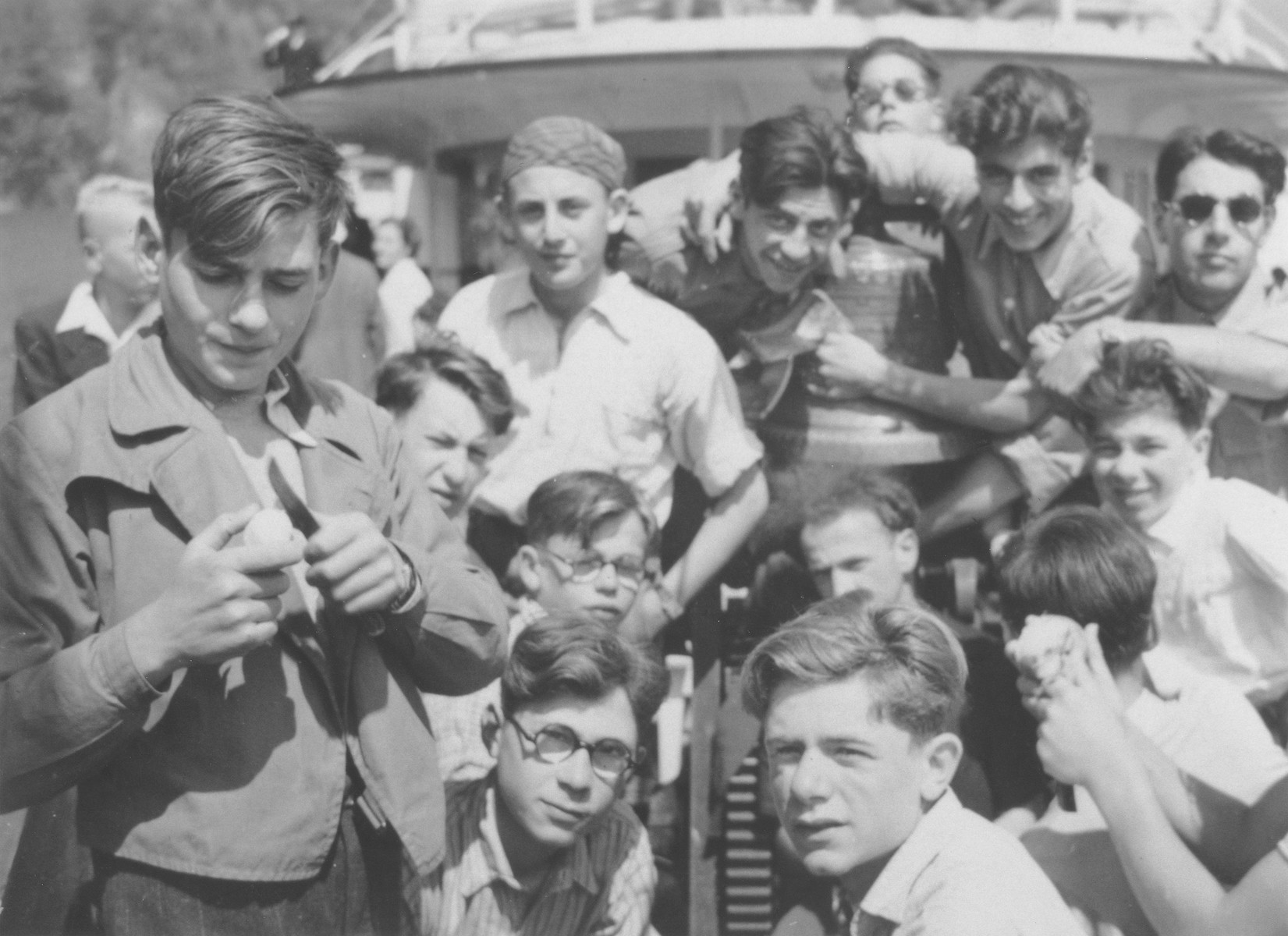 Among those pictured are Victor Grabsztok, Norbert Bikales, Simon Blass, Henri Karnowski, "Bomba" Meyer and "Jukoff". Back row, second from the right is Rudoph's brother.