View of the the Quincy-sous-Sénart children's home. 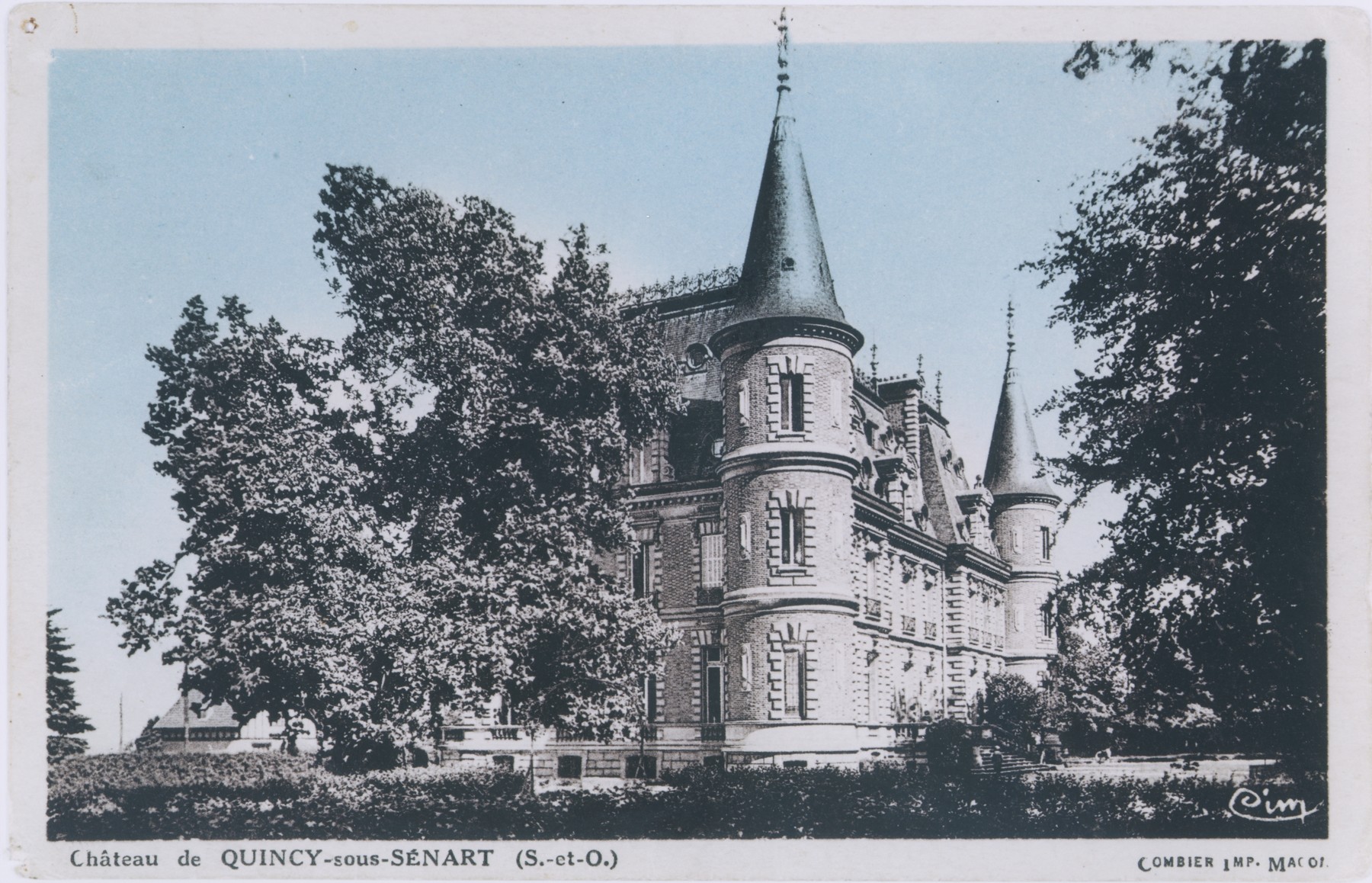 View of the the Quincy-sous-Sénart children's home.

https://www.ushmm.org/wlc/en/article.php?ModuleId=10006126.
Biography
Norbert Bikales is the son of Salomon Bikales and Bertha Bander Bikales. He was born January 7, 1929 in Berlin, where his Polish Jewish parents had moved during the interwar period. His father earned his living there as a textile merchant. Norbert had one sibling, an older brother named Richard (b. 1921). On October 28, 1938 Norbert's father and brother were rounded up and deported to the Polish border along with other Jews of Polish origin. They settled briefly in Poznan. When Salomon was allowed to return briefly to Germany in the spring of 1939 to liquidate his assets, Richard went to relatives in Lvov. Prior to, or during Salomon's absence, the family had applied for American visas. In anticipation of their acceptance, they shipped some of their belongings to the United States. They also registered Norbert for a Kindertransport. He was accepted, but his parents were ordered to leave for Poland before the transport was scheduled to depart. In June 1939, after his parents left for Lvov, Norbert moved in with his aunt and uncle in Berlin. A few weeks later, on July 3, he left for Paris with a Kindertransport consisting largely of children from the Auerbach orphanage in Berlin. After arriving in Paris, Norbert was taken to a children's home in Quincy-sous-Sénart, about 30 km. southeast of Paris. Owned by the Count Hubert de Monbrison, the home was loosely affiliated with the OSE. In September 1940, after the German occupation of northern France, Norbert was moved to an orphanage in Paris supported by the Rothschilds. He stayed there until April 1941, when he was transferred to the OSE home in Chabannes in the unoccupied zone. After French police raided the home in August 1942 and deported some of the children, the home was gradually shut down and its children dispersed for safety. In April 1943 Norbert was sent to a hotel in Chambéry in the Italian zone of occupation. Six months later, when the area was occupied by the Germans, the children were smuggled in small groups over the Alps into Switzerland. Norbert crossed the border with two other children on September 16, 1943, only to be arrested by Swiss border guards near Martigny and locked in jail. A few days later the children were taken to a monastery, where they were kept in the abbot's room while their fate was being determined. From the monastery, they were moved first to a refugee camp in Lausanne and then to the Les Avants camp near Montreux. In December 1943 Norbert was transferred to a children's home in Speicher sponsored by the Swiss Council for Refugees. Finally, he was moved to the OSE Hôme de la Forêt in Geneva in April 1944, where he stayed until July 1946. At the end of the war, Norbert learned through the International Red Cross that his brother Richard had survived and was living in Austria. The two brothers corresponded for the next several months until they were able to arrange a meeting on the Austrian-Swiss border. This reunion took place on Norbert's seventeenth birthday, January 7, 1946. Norbert's parents, who had been confined in the Lvov ghetto after the Nazi occupation of Poland, perished in Belzec in March 1942. Richard, who had been deported to the Janowska concentration camp, was able to escape and survived the war in hiding with his wife Charlotte, whom he had married in 1940. In July 1946 Norbert finally received his American visa and flew to New York, where he was met by his mother's brother Harry Bander.