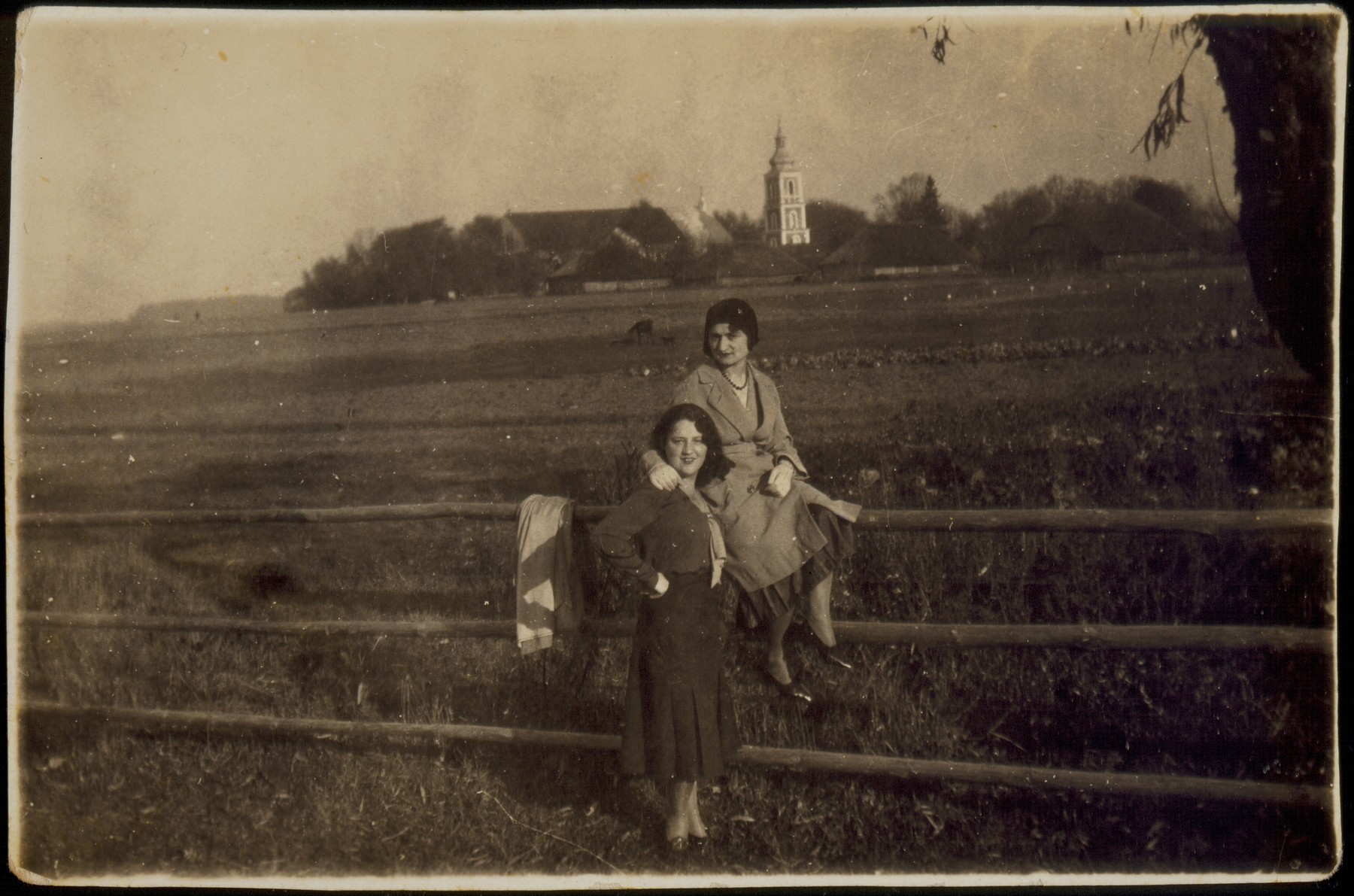 Biography
Mattle Sonenson married Israel Shereshefski. They were deported to Siberia in 1940 which ended up saving their lives. After the war they immigrated to the United States along with their two sons Asher and Yossef.

Geneshe Kaganowicz married Mattle's brother, Aryeh (Leibke) Sonenson. An avid sportsman and Zionist, he immigrated to Palestine in the 1920s but returned after a few years owning to the economic depression there. At the time of the German invasion of 1941, Geneishe and Leibke had one young son, Meir. Leibke, along with his brother Moshe, was selected by lottery to serve on the Jewish Council. As a result the Germans subjected him to extra humiliations and degradations. Then in September 1941, Geneshe, Leibke and Meir were murdered during the mass killing action in Eisiskes.

Copyright: Agency Agreement
Provenance: Sonenson Family
Source Record ID: RN1-104
Published Source
There Once Was a World - Eliach, Yaffa - Little, Brown - p. 88
Restriction
NOT FOR RELEASE without the permission of the The Shtetl Foundation
Record last modified: 2002-11-22 00:00:00
This page: https://collections.ushmm.org/search/catalog/pa1124433