Moshe Sonenson holds his daughter Yaffa on the road leading to their summer cottage in Tetlance near Eisiskes. 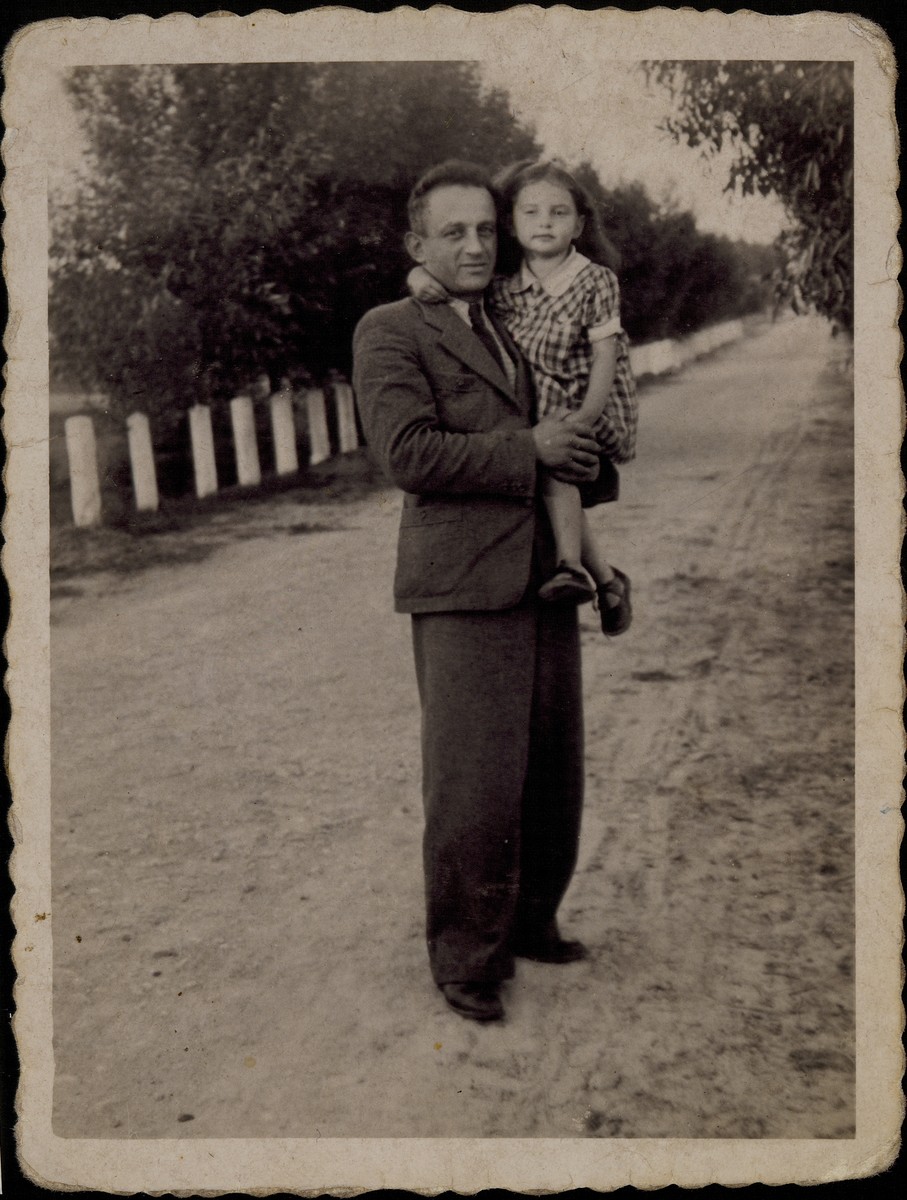 Moshe Sonenson holds his daughter Yaffa on the road leading to their summer cottage in Tetlance near Eisiskes.

Copyright: Agency Agreement
Provenance: Yaffa Eliach
Source Record ID: RN2-51
Published Source
The World Must Know: The History of the Holocaust... - Berenbaum, Michael - Little, Brown and Company
Restriction
NOT FOR RELEASE without the permission of the The Shtetl Foundation
Record last modified: 2011-10-11 00:00:00
This page: https://collections.ushmm.org/search/catalog/pa1124555